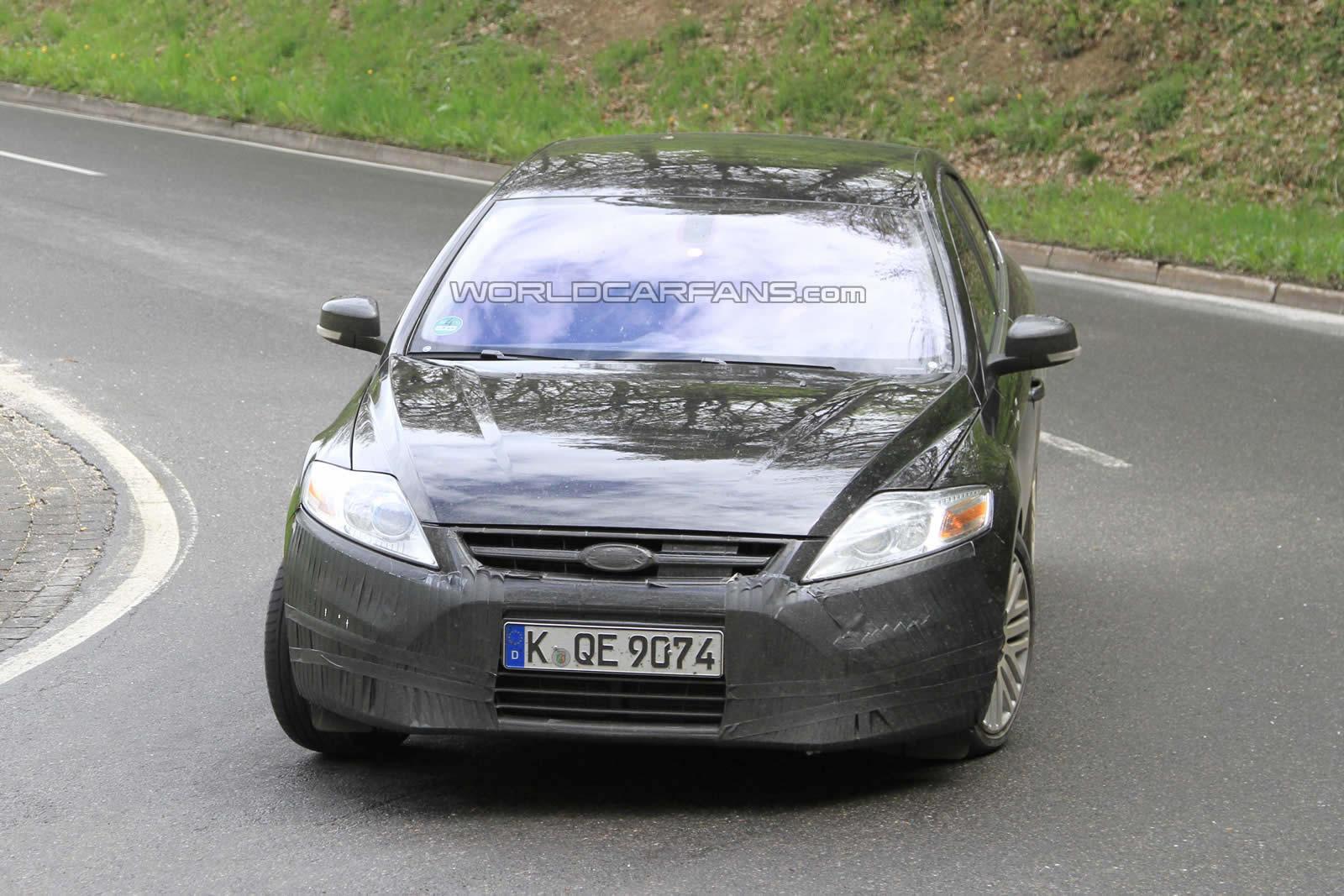 Here we have some recent spy photos with the Ford Mondeo Facelift. The model is expected to debut at Paris Motor Show and received a number of aesthetic changes, with new engines.

Ford engineers are testing the facelift applied to the Mondeo model. The specimen tested by specialists from Ford has a different design from that of the current generation Ford Mondeo, being rather inspired by the appearance of the future Ford Focus. The best example of this is the front bar, while other body parts are designed something more elegant, but equally modern.

Trunk’s lid was also modified and the rear bumper has a new design. The model received LED taillights, and the posterior is following the same trends as Modeo’s rivals in this segment of the battle. Mechanical changes are the real evidence tested by Ford engineers, who must consider the efficiency of Eco-Boost engines, and their response, including other factors. There is a possibility that the suspension to be amended model also among other potential changes.