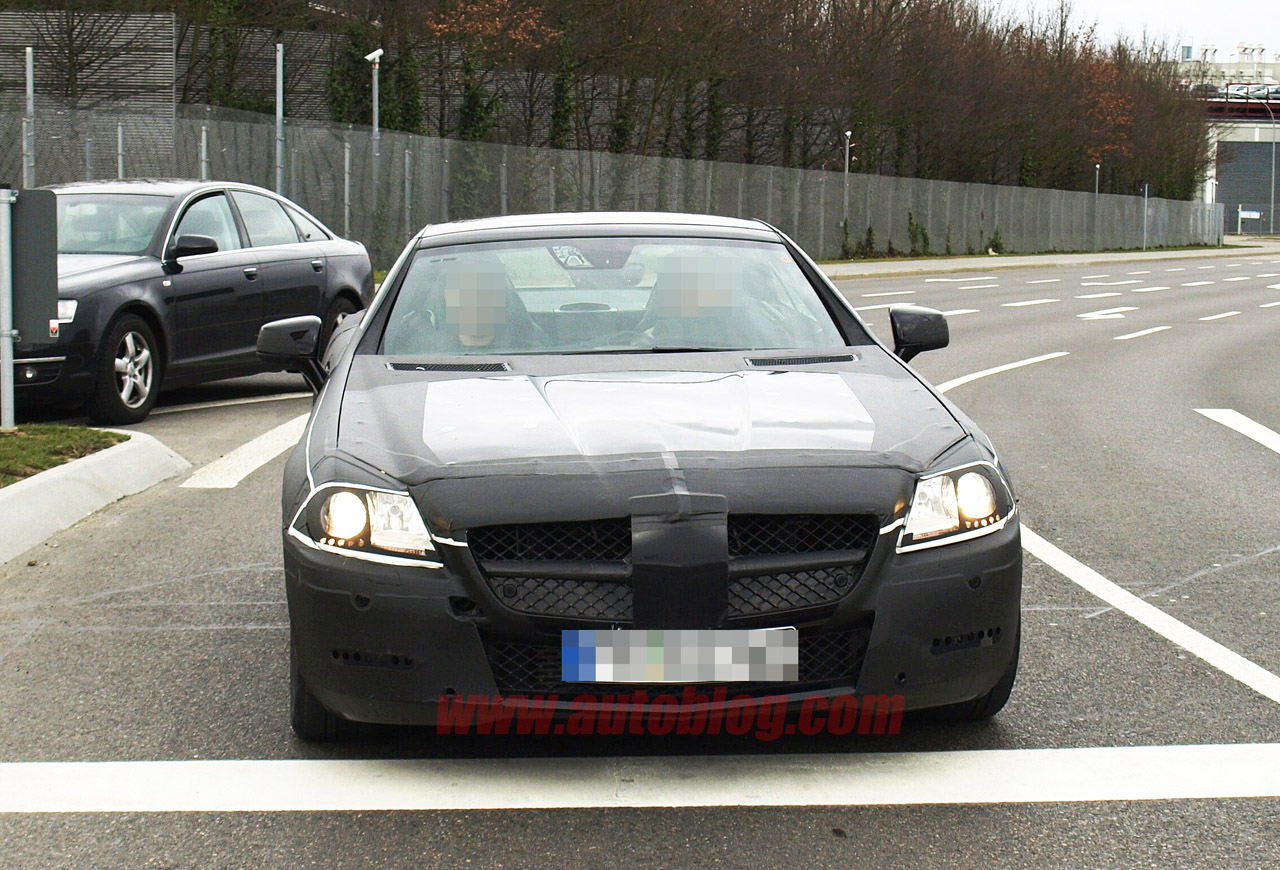 Photographers from Carpix have provided new spy pictures for the future Mercedes-Benz SLK, a glory rival for the BMW Z4.

Mercedes engineers have put to tests the prototype that prefigures the future SLK. German model comes with a redesigned front part and a changed back. The profile of the model keeps the design lines presented by the current generation, its figure being very similar. The model is expected to begin during 2011 and will rival the BMW Z4. Some voices estimated that the new Mercedes SLK will debut at Paris Motor Show this year, but these rumors have not yet been confirmed.

The exterior design has taken many elements from his older brother, SLS AMG such as the slope of the grille, but also some items inside. The central console commands have a different location, which offers a more attractive design. Air vents are likely present in the SLS AMG to be integrated in one way or another, on the SLK’s board.