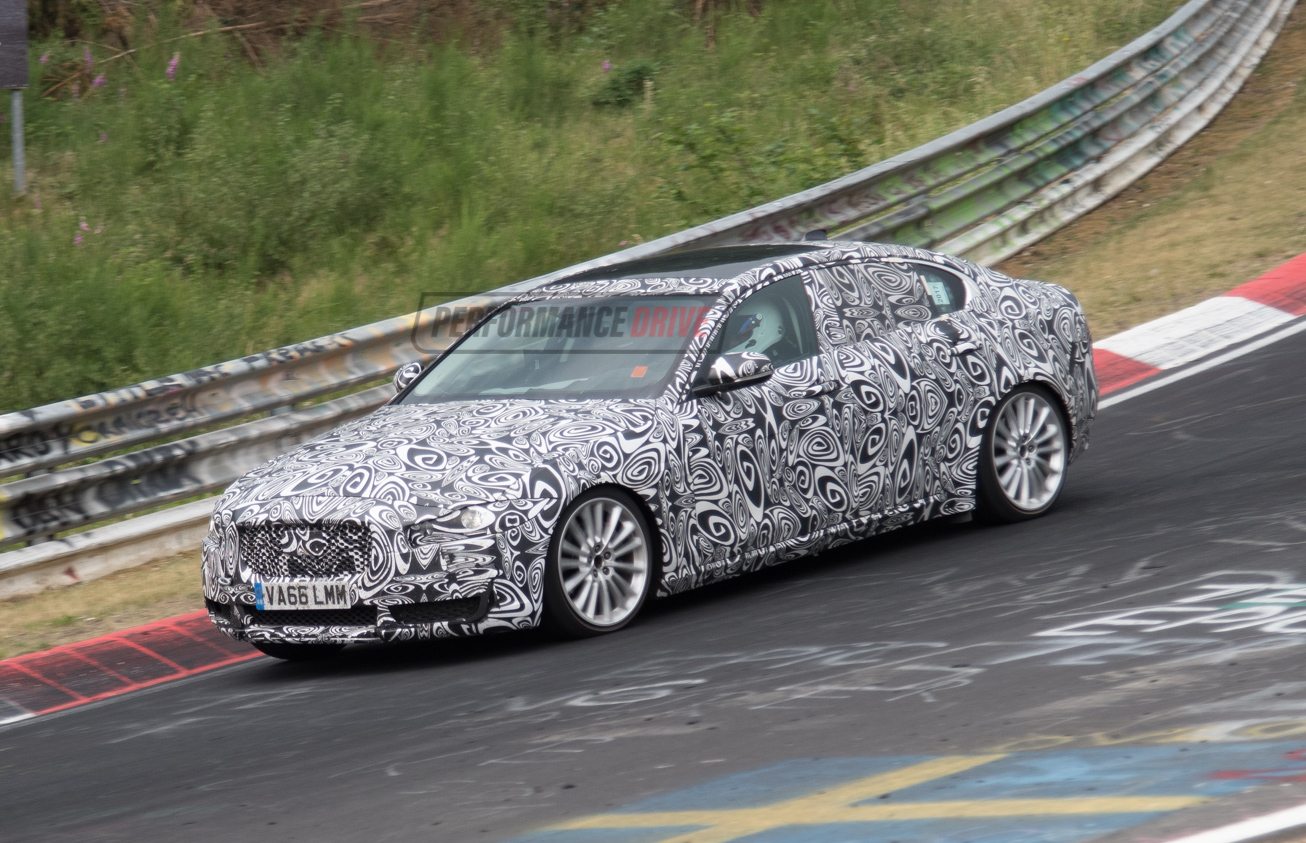 Busy as always, the world`s finest race track at Nurburgring in Germany, has recently welcomed for some tests the already previewed Jaguar XEL, which is solely destined for the Chinese market.

Just like most of other European models especially built for China, the all-new Jaguar XEL is set to offer increase space for the rear passengers, allowing as well room for plenty of powerful engines. The model is the extension of the XE in Europe and will join the XF long wheelbase in China early next year.

The XEL will be an imposing ride, thanks to the 120mm extension to the wheelbase, coming as well with longer rear door and much wider rear quarter window. Still at the back, the rear passengers will be able to make use of all the surrounding technology – centre console piece, seats with massage functionality, power rear blinds or several touchscreens.

Visually, the model comes with the same design language as its European sibling, with the rear end being highlighted by the dual and centrally-mounted exhausts, which announce great deal of power. The 18- or 19-inch wheels with taller profile tires are also a clear indication that the company is also preparing an S version.

Performance wise, the all-new Jaguar XEL is definitely going to be a real kicker, thanks to the newly-added engines.

We are dealing here with an assortment of 2.0-liter turbo petrol burners and diesels, adding as well the top of the line 3.0-liter supercharged V6 engine. The sad part is that we do not yet know the official performance figures. Until further details emerge, enjoy the spy video with the all-new 2018 XEL on the Ring!