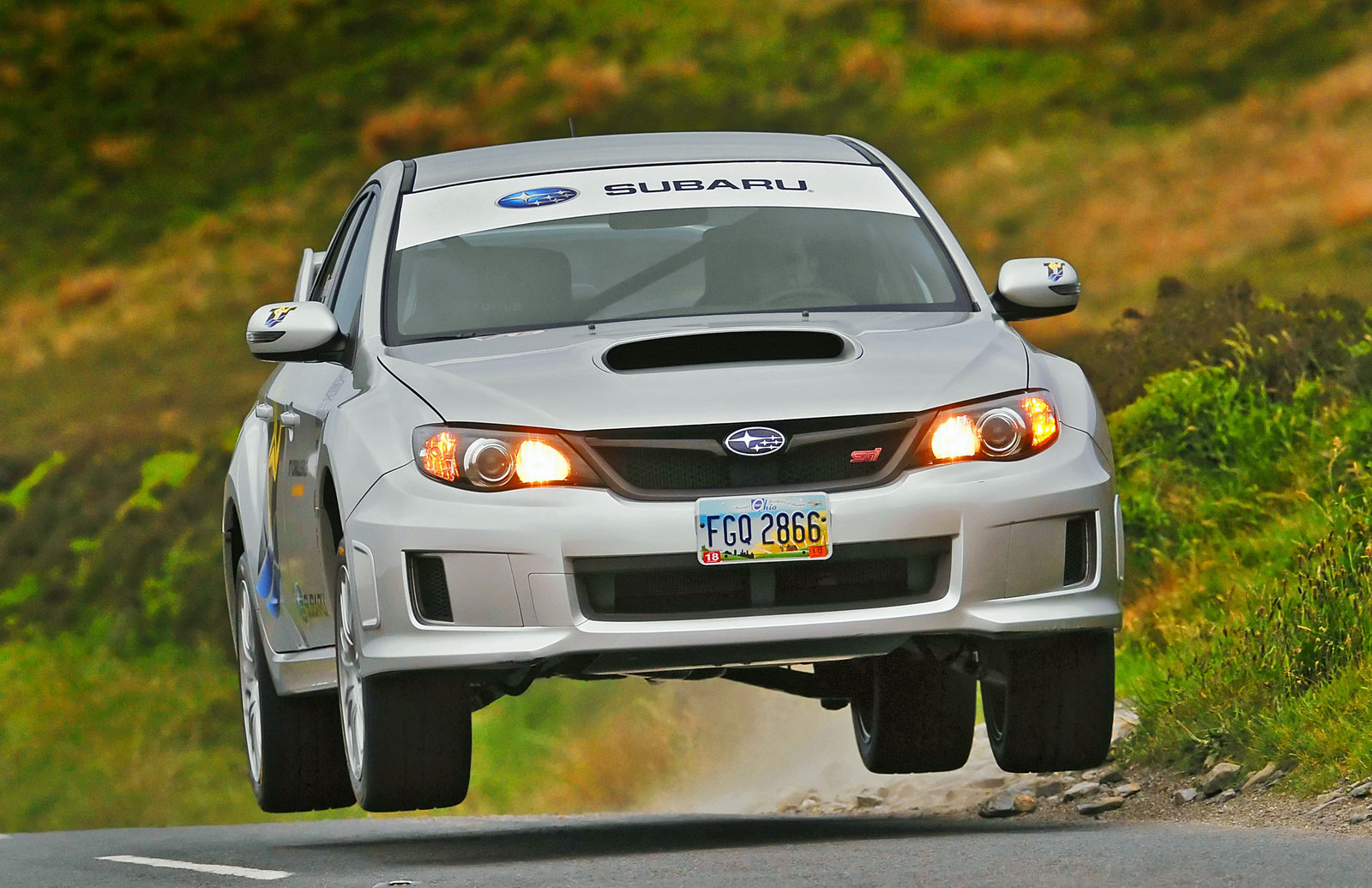 The Isle of Man TT circuit isn’t best known for four wheeled activities but every now and then, that changes and our favorite vehicles shine through.

According to racing officials and the Japanese at Subaru, it has just happened, a new record was set on this track just the other day.

It was at the hand of Former British Rally Champion Mark Higgins a production-spec Subaru Impreza WRX STI took full honors on the infamous biking circuit.

Just to clarify, production specifications means that apart from a set of racing tires and the minimal safety requirements of racing such as a roll-cage and racing seats the record setting car was the sort of Subaru Impreza WRX STI you’ll find in your local dealership.

Detailing everything, the roll-cage was an MSA-spec T45 integrated affair, TRS took care of the harnesses and the upgraded fire extinguisher system was Lifeliner product.

Apparently the only “technical” modification was the replacing of the exhaust with a model that was much louder without providing any more power to the engine. It helped spectators get away in time as the standard setup didn’t provide enough warning.

This means that the new Isle of Man circuit lap record is held by a car that was powered by the turbocharged 2.5 liter flat four engine with 300 horsepower and 258 lb-ft of torque.

Boring stuff out of the way, Mark Higgins took the Subaru Impreza WRX STI round the 37.8 mile course in 19 minutes and 56.7 seconds on his first run out.

That equates to an average speed of 113 mph, having hit a top speed of 162 mph and quite a few joyous events along the way.

Most remarkably, there’s high praise of his quick reactions and supreme driving skill after losing grip during the race, upon clipping a ridge.

This happened at a stunning 150 mph, so there’s more to him than having had a deal of luck with the Subaru Impreza WRX STI and the weather.

As for the record in itself, it is important that it was broken by more than 2 minutes since the previous one had stood for a remarkable 21 years.

It had been set on June 6, 1990, by the late Tony Pond in a Rover 827 Vitesse. Not the most high performance car around but it seems like in the right hand it had more potential than we’d like to admit.

For those of you who are fans of the Trivia on the record setting Subaru Impreza WRX STI it was a left-hand drive car running with Ohio license plates.