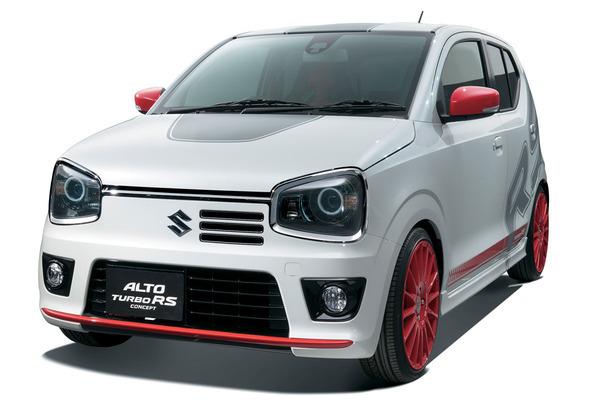 The Japanese folks at Suzuki decided to take advantage of the 2015 Tokyo Auto Salon and unveil a new concept model that has been previously teased about a month ago. We talk about the Suzuki Alto Turbo RS concept, a model based on the current-gen Alto.

However, there are a lot of changes compared to the stock model, at least in terms of styling.

You will also notice the red accents on the spoilers, side mirrors and doors but also the RS side graphics.

Under the hood sits a tiny 0.66-liter gasoline engine, a three-cylinder turbocharged engine to be more specific. At the interior, the Suzuki Alto Turbo RS concept has Recaro bucket seats while a retuned suspension is also fitted on this concept.