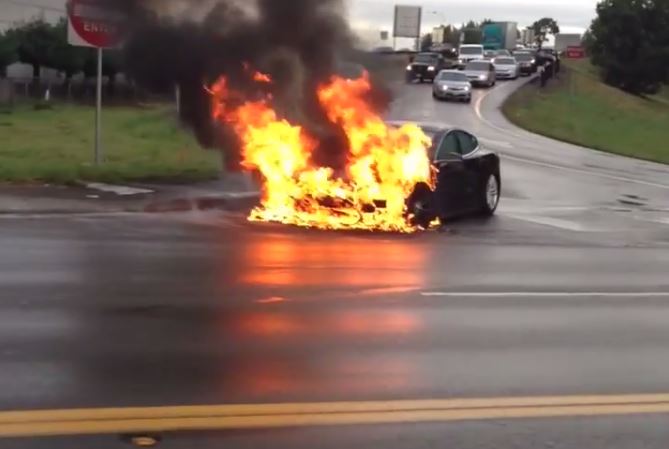 Ever since the Model S has been launched, Tesla has seen a steady increase in stock value and with the excellent service to go with the electric car, the manufacturer has secured its place in the industry.

But recently, an accident involving the Model S has struck a blow to the company.

After hitting a large metal object which fell of a truck, the Tesla Model S caught fire and burned to a crisp. This happened in spite of the fact that an electric vehicle is, in theory, far safer than an internal combustion engine user. In a press release, Elon Musk, Tesla’s CEO, explained what happened.


It seems that the mentioned piece of metal penetrated the thick underbelly of the car, damaging the battery pack and starting the fire. Unfortunately, the fire was made worse by the firefighters, as they reportedly destroyed a metal firewall.

This little incident caught the internet’s attention, which, in turn, prompted a sudden drop in share value, going from $190 to $168, before stabilizing again at $181.