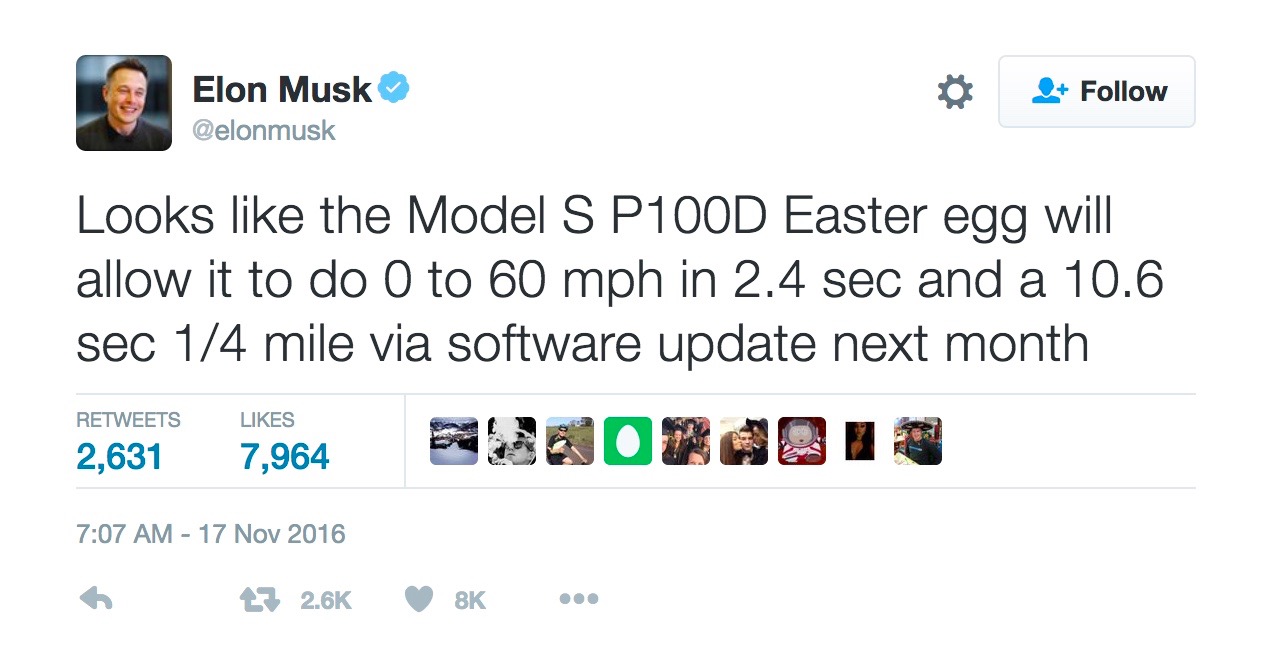 Tesla has big plans with its range of models, and these plans start with the Model S P100D, which will become even faster from 0 to 100 km/h.

We are looking here at the so called “Easter egg” software update, which will make the car`s Ludicrous mode much faster. Elon Musk, CEO at Tesla, has also confirmed the news on his Twitter account:

According to the same Elon Musk, the Easter egg software will be hidden from the sight, customers having to look it up in the menu before the power update is activated.

The update allows the Model S P100D an acceleration which is more impressive than a McLaren P1 or a Ferrari LaFerrari, not to mention a Porsche 916 Spyder, which are quite astonishing as well. That comes handy, especially since the Model S already comes with an extremely quick acceleration from the factory.

The software update was first teased out a couple of weeks ago, with the same Elon Musk announcing some important upgrades for the Model S P100D, including an increased power boost; he also stated on the same Twitter account: “Forgot to mention there will be a P100D Ludicrous Easter egg soon that uncorks the full performance.”