The AC Schnitzer New Eagle Concept is the fastest Mini around 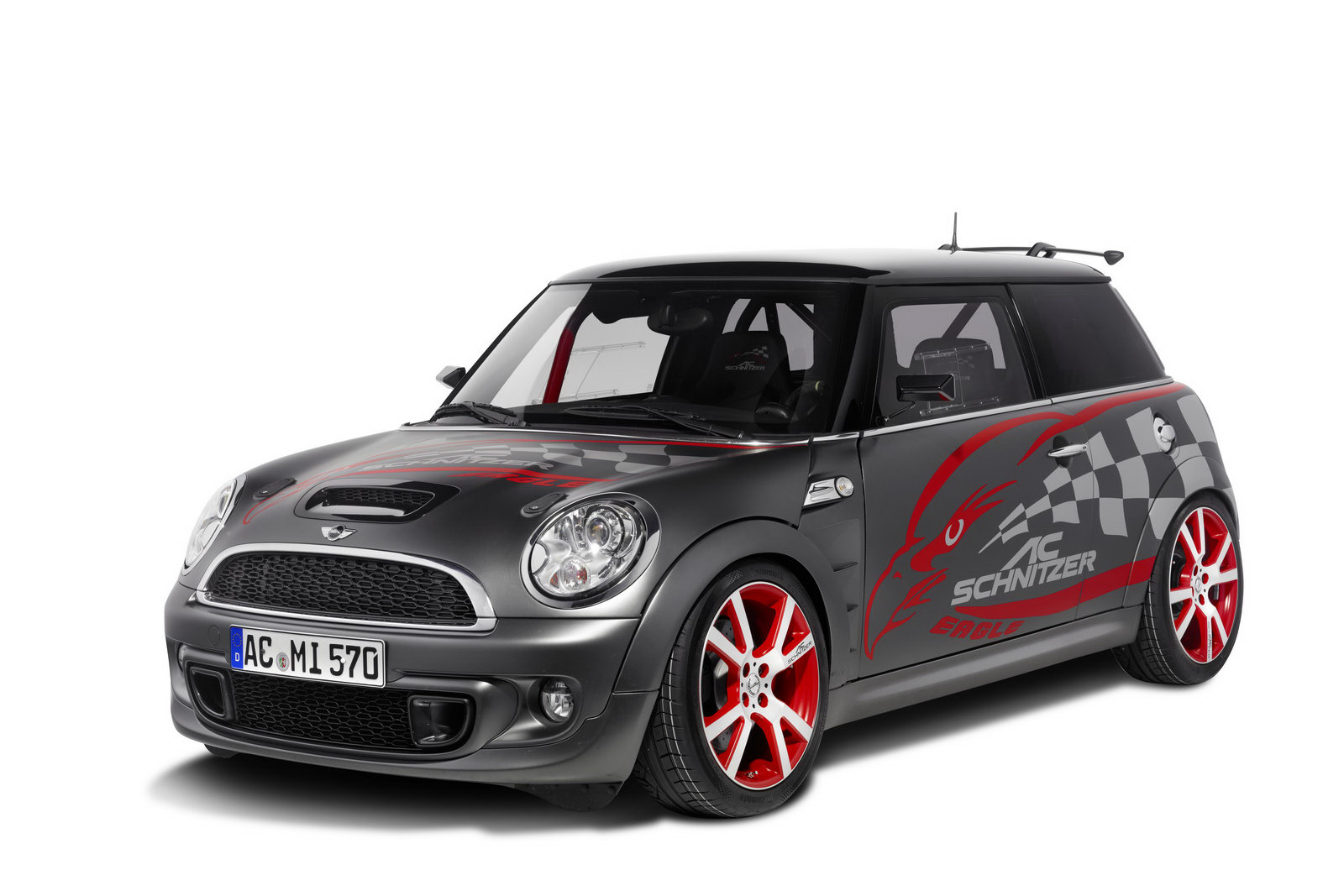 AC Schnitzer is a very good German tuner, one of those who specialize in BMW products. Every now and then they do play around with other sorts of cars but they don’t stray too far.

Also from the BMW family, AC Schnitzer chose to play around with the cute and cuddly British revival of the Mini Cooper.

What they wound up doing to the fashionable little hatchback almost defies belief once you hear the figures and list of achievements their New Eagle Concept has under its belt.

In a nutshell, the AC Schnitzer New Eagle Concept was registered as the fastest of its kin after being taken for a few hot laps around the Hockenheim race track by Sport Auto magazine.

Being the fastest of all Minis isn’t that impressive an achievement, or is it?

Under the bonnet of the AC Schnitzer New Eagle Concept there’s a 1.6 liter turbocharged four cylinder engine that’s not unlike the JCW Mini’s powerplant.

In actuality, the German tuner used the same engine as the JCW Mini but you can’t really admit to it when you consider all the modifications and upgrades it’s been given.

The end result is a Mini with 260 horsepower for a kick off. In a car as light as the Mini Cooper, that’s a very impressive figure. In a car that was lightened by 176 pounds it’s on the verge of insanity.

You have to be aware that at this sort of power, in a car that’s just front wheel drive, there’s a lot to think about when using the pedal on the right if you’re to avoid the disaster that is torque steer.

Much like a racing car’s statute, the AC Schnitzer New Eagle Concept gets a fully adjustable suspension system and a set of upgraded brakes underneath the new 18 inch racing wheels fitted with the right sort of tires.

The mixture of all these components that are racing inspired resulted in the track time of the New Eagle being second only to that of the KTM X-Bow and the BMW M3 Kompressor.

Leaving aside the nature of the force fed M3 and the X-Bow, the AC Schnitzer Mini Cooper managed to outrun cars like the Ferrari California, the Mercedes CLK 63 AMG Black Series and the Porsche 911 Turbo.

Could you picture buying one of these cars and a Mini showing you their backside while being pushed round a race track?

Neither can we, but in order to spare you the shame, AC Schnitzer won’t be selling their New Eagle Concept to the public. It is just a technological test bed.

An estimated value is set at $88.610 which kind of hurts for a Mini, albeit one of the fastest cars around.