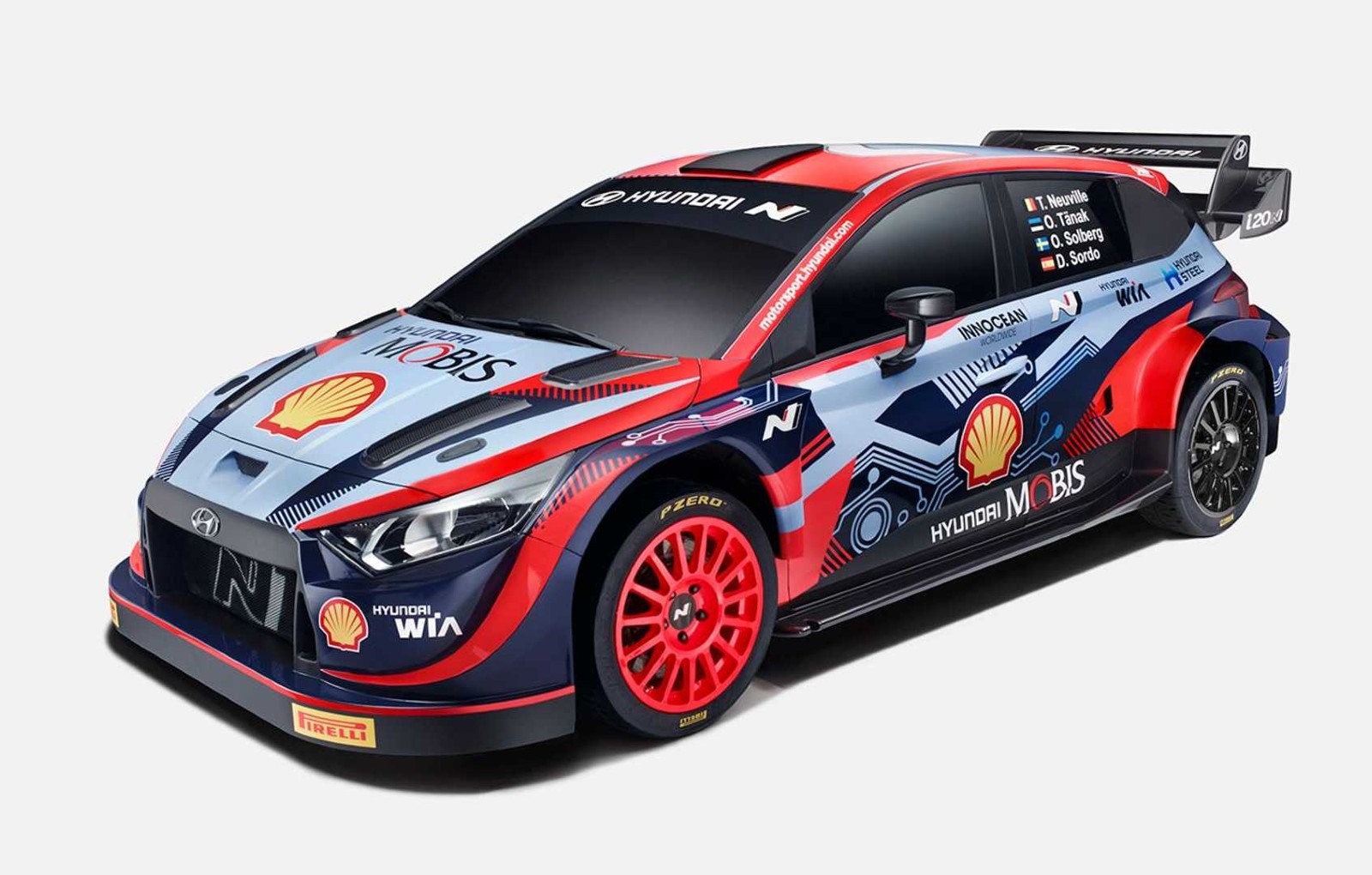 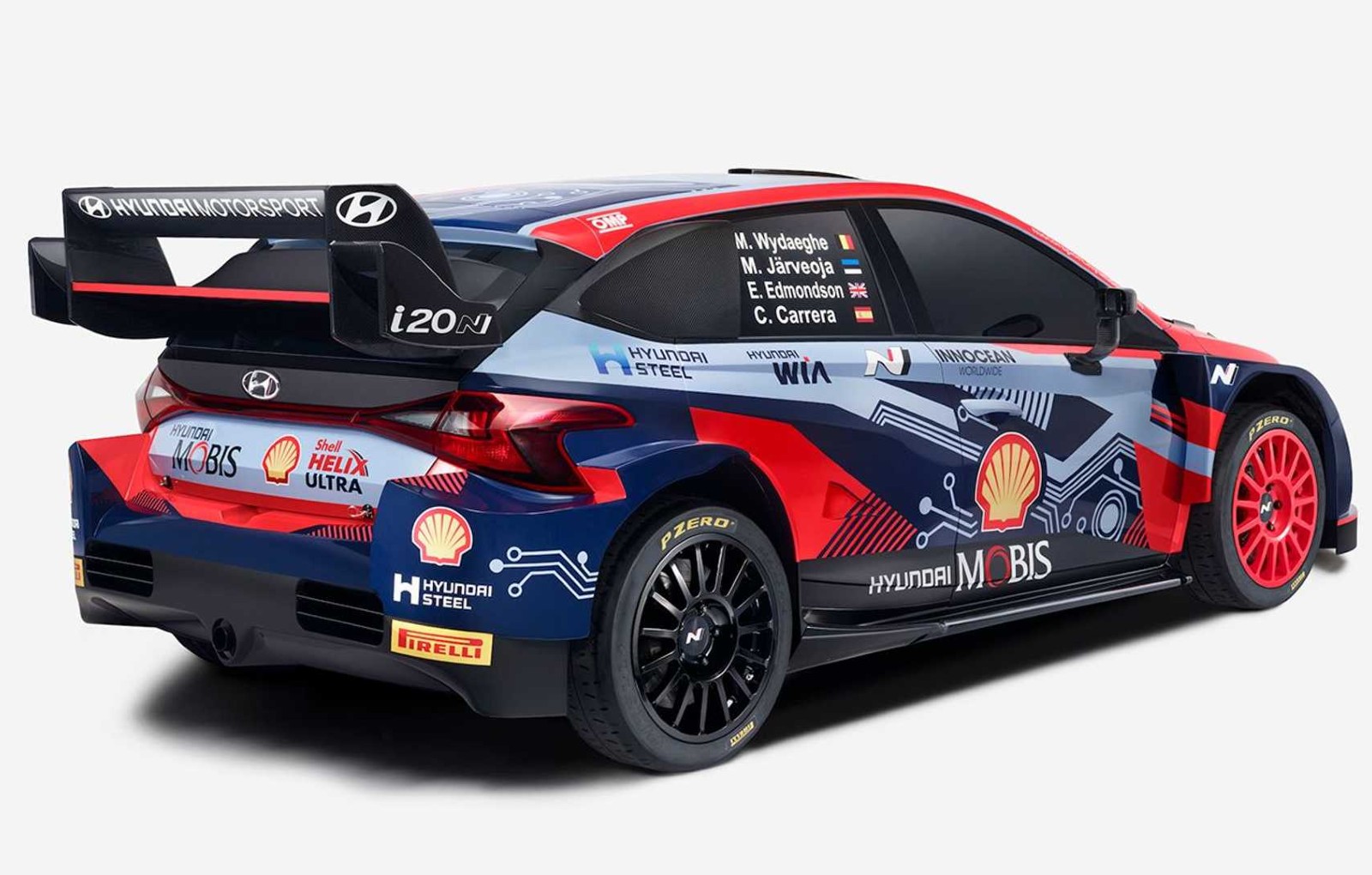 The new top class in the WRC is called the Rally1, and the car presented by Hyundai is completely different from a technical point of view compared to previous years. As required by the new technical regulations, the new Hyundai race car will use a 1.6-liter turbo heat engine, which will be coupled to a 100-kilowatt electric motor. The 380-horsepower heat engine is the only component taken from the previous specification, the i20 WRC Coupe.

The hybrid system will be able to provide, for a few seconds, a boost of 134 horsepower. Thus, the maximum power of the engine is about 500 horsepower. The car will also have a braking energy regeneration system. 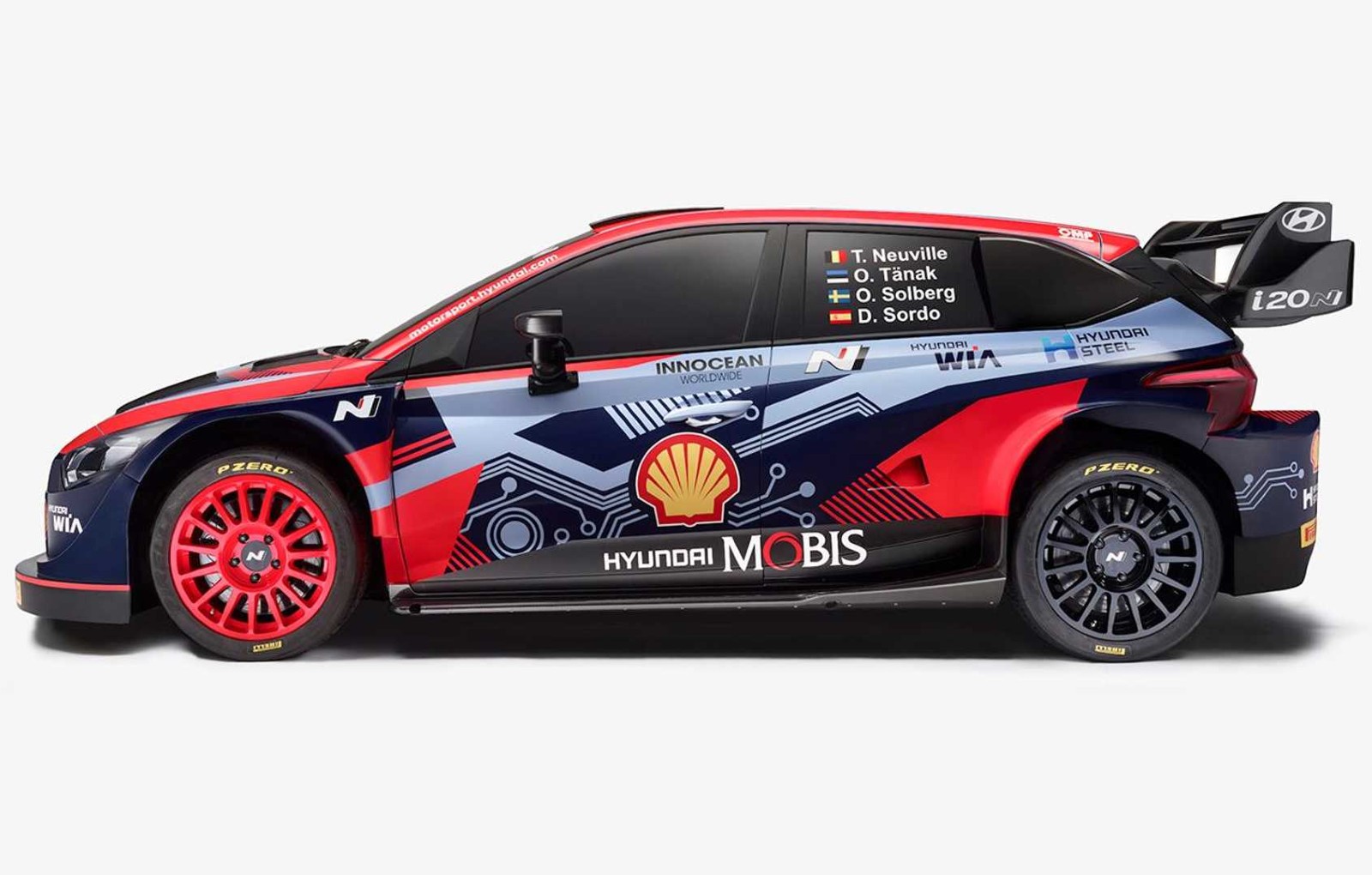 According to the new regulation, the heat engine will only operate in a special test mode, and the connection sections will be covered exclusively with the electric motor.

The new race car has a 5-speed sequential gearbox. The updated regulation no longer allows the use of a central differential, and the suspension has been amended and simplified in accordance with the technical regulation. Hyundai i20 N Rally1 2022 Edition weighs 70 kilograms more than the previous season’s car. In fact, all the cars in the Rally1 class will be heavier than those that competed in the WRC in previous years.

The Hyundai line of drivers will consist of Belgian Thierry Neuville and Estonian Ott Tanak, the 2019 WRC World Champion. Hyundai will also prepare a third car that will be shared between Spaniard Dani Sordo and Swede Oliver Solberg during the year. The Monte Carlo Rally is the first stage of the World Rally Championship and will take place on January 20-23.