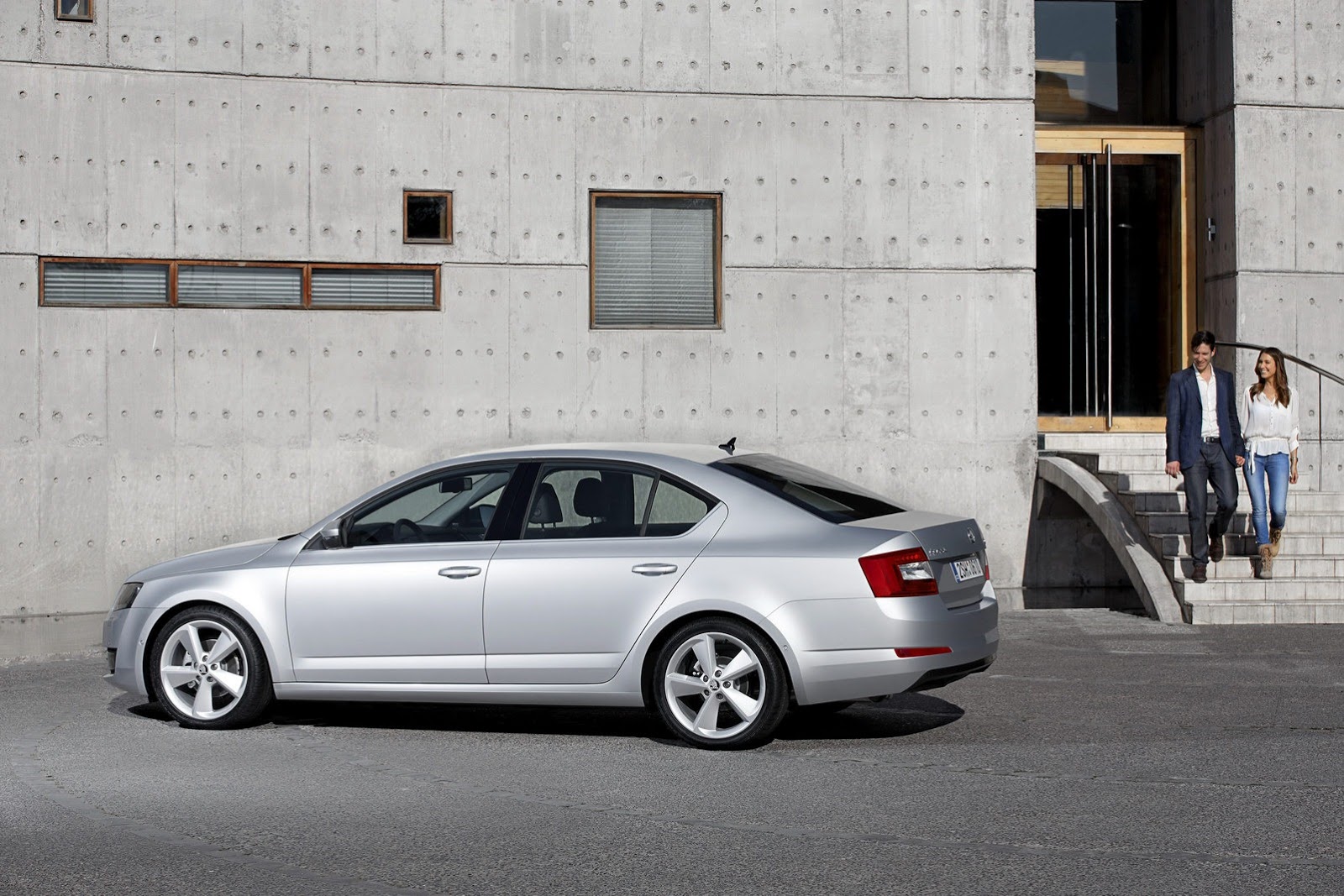 The Czech people from Skoda officially unveiled the new Octavia III, a long-awaited model after several teaser and spy photos. The new Skoda Octavia, a model which reaches its third generation, gains in dimensions with a length of 4,659mm, a width of 1,814mm and a boot space of 590 liters.

Of course, the main improvements can be seen at the exterior where the new Skoda Octavia adopts sharper lines, revised bumpers and front grille and also restyled headlights and taillights.

VW Group also contributed to the new model as it underpins the MQB platform also found on the Audi A3 or the new Volkswagen Golf.

In terms of performance, Skoda will provide a total of eight units in Europe including 1.4-liter and 1.8-liter petrol engines with outputs ranging from 120hp to 177hp.

On the other hand, the diesel range includes a 1.6-liter TDI with 109hp and an average fuel consumption of just 3,4lt/100km. Official pricing information will be released next year at the Geneva Motor Show.