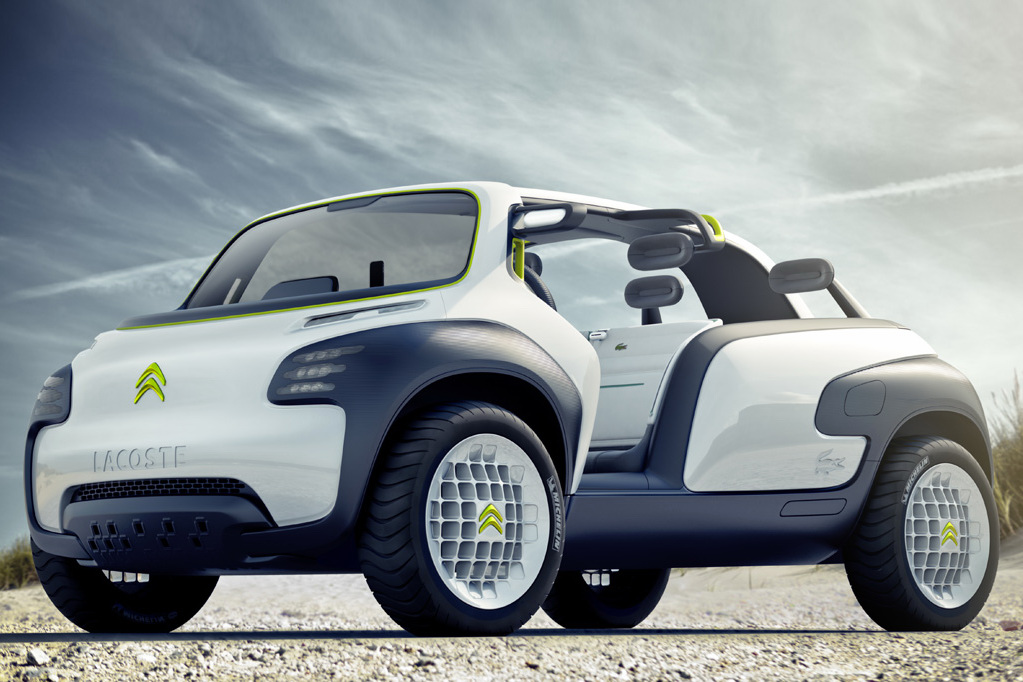 Actually, it’s not the latest fashion, it’s more of a one show only fashion statement that’s the result of a collaboration between the French at Citroen and the French at Lacoste.

I seriously don’t like this car but that’s ok because I’m the definition of out of fashion while the Citroen Lacoste concept, as it’s called, is one of the fashionable gems to come from every year’s edition of the Paris Motor Show.

I should start off by saying why I’m out of fashion and why I don’t like it, I like to think that I can properly appreciate something new and funky looking. The only problem is that I can’t really find tasteful something that’s too funky to resemble a car any more.

Another thing that bothers me is the fact that this concept will not be any bigger than a Citroen C1 and yet it looks so massive, it’s something that really annoys me when a small car looks big and bulky as it’s still a small car.

Moving away from my grumbling some people should know that the manufacturer claims that the four cylinder petrol powered engine will provide more than enough power for a car this size and weight. Others will appreciate the styling details from the sports clothing world of the Lacoste brand. Think of it as the opposite of car world branded shirts, shirt branded cars.

The inside of it is machine gunned in details but, most notably, the seat trim with a weave closely resembling that of a polo shirt and the seatbelt anchorage points that have “necklines” like the French brand’s polo shirts stand out.

One of the coolest features of the door-less concept is the T-shaped structure that extends back to the boot like a “backbone”. It hides an auto-inflatable hood that deploys all the way along the backbone to form a soft-top roof that should protect you from most of the rain. Provided it’s not windy.