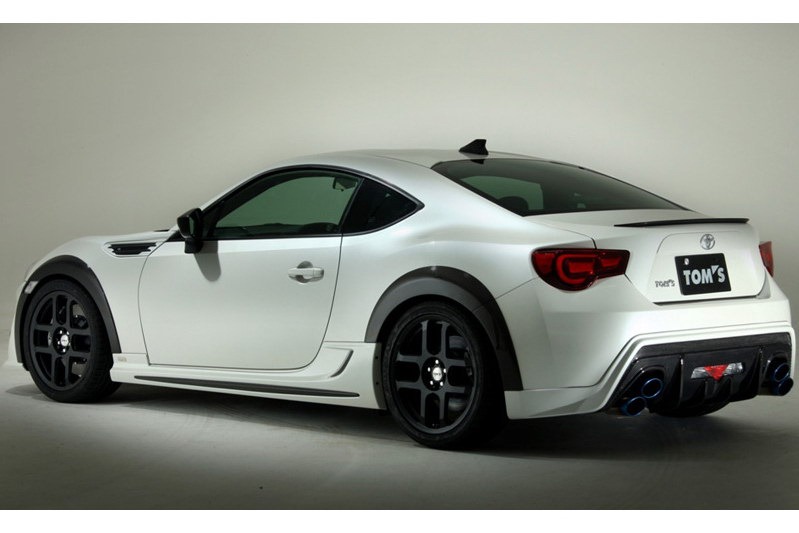 The specialists at TOM’s unveiled a new concept based on the Toyota 86 at the current Tokyo Motor Show. The company developed a comprehensive kit which includes both styling and performance tweaks.

At the exterior, we find a new set of 18-inch alloy wheels with Bridgestone Potenza S001 tires, new front and rear bumpers, wheel arch extensions and side skirts.

Under the hood, TOM’s got rid of the standard 2.0-liter engine in favor of a more powerful 3.5-liter unit. The V6 powerplant is capable to produce 395 horses and 450Nm of torque after a significant power boost.

The additional power is available thanks to a new ECU unit and few other performance tweaks. The Japanese concept also comes with an improved brake system, a revised transmission and a coil-over Advos suspension module.

It remains to be seen if this concept will be transformed in a special edition of the Toyota 86 anytime soon.