Toyota Prius Prime – Ecology In Its Most Developed Form 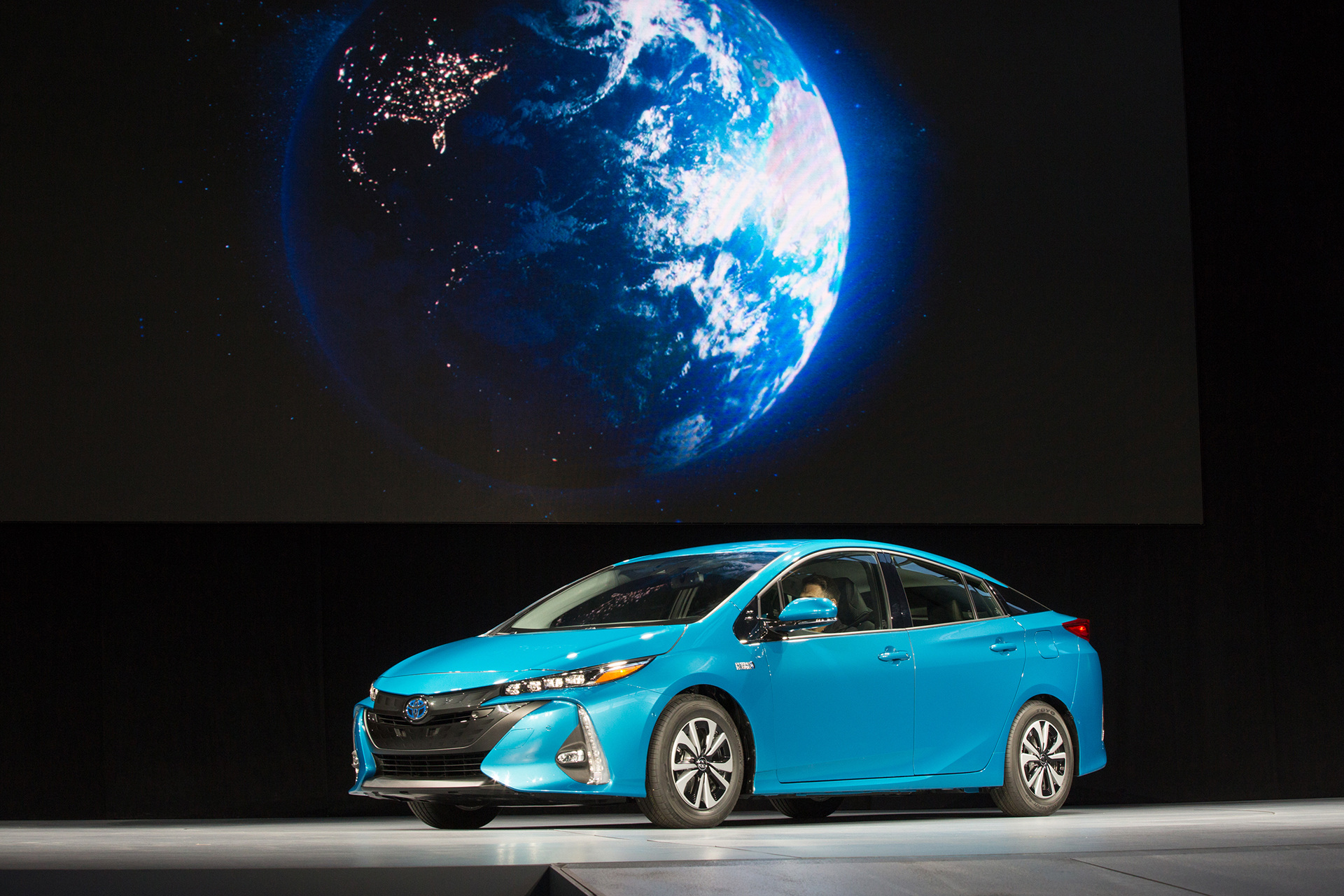 Toyota keeps unveiling cars, showing that it’s on the big wave. With an updated Corolla and a new race vehicle meant to compete at this year’s Le Mans race, now it’s time to unveil one of its most fuel-conscious car: the new Prius Prime.

So, it’s a Prius. And it is an exquisite one, since Prime comes from premium: it is the best-equipped Prius ever! Toyota estimates that the fuel consumption is 120 MPGe, transforming the Prime into the most economical Prius in history. It is 26 percent more efficient than its predecessor, thanks to its bigger battery pack and better hybrid system. It doubles the EV range of the last Prius Plug-in, while reaching speeds of 84 mph exclusively in EV mode. The petrol engine is a masterpiece itself, with its over 40 percent thermal efficiency. For comparison, today’s petrol engines have a efficiency of around 25-30 percent.

It also brings extra features over the Prius hybrid, like the 11.6 inch HD and a color head-up display. It also comes bundled with many safety features, gathered in the Toyota Safety Sense. More, it is longer, wider and lower than its predecessor, for enhanced dynamics and safer accident avoidance maneuvers. But this is not the only benefit of the lower body: its drag coefficient is one of the lowest to be found in a sedan, and it’s amplified even more by the active radiator grille shutter. One last thing to mention: the automatic parking system is based on ultrasonic wave sensors to find parallel or perpendicular parking spaces and even more, assists the driver while trying to get on extremely narrow roads. The new Toyota Prius will be found in showrooms this fall.