Toyota to make an electric car with a twist 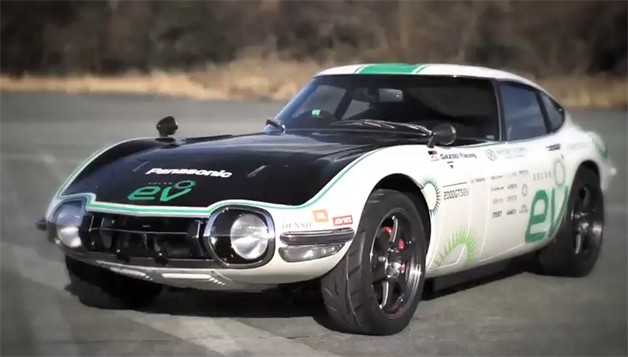 Toyota is keeping things under wraps but quite a few rumors are speaking of something quite interesting appearing in its future product lineup.

It’s a rather weird situation but it’s an interesting concept. Toyota is going to make a new sports car and this one has nothing to do with the GT86.

The new sports car is to be an electric one, which is odd, but the oddities don’t end here. There’s going to be quite the twist in this car.

Some of the technology in this car will be a direct result of the partnership Toyota have with Tesla on their battery technology and other EV bits.

Despite this, the new car will end up rivaling the next generation of the Tesla Roadster, their EV core brand product.

It’s not exactly certain that Toyota will rival this model directly but as they make a sports car that runs on batteries, there’s a pretty good chance of that happening.

What is really interesting is the new twist Toyota plan to put into this new car. Allegedly, the Japanese are working towards making a manual gearbox work with the electric motor.

That really sounds like an enthusiast toy but it could mean like a lot more work. That’s fine by me, but it could be a little odd to say that such a gearbox would be better for other reasons.

A real chance has opened up at the electric car to be even more efficient and to make better use of its grunt. No longer will they be stuck with the one speed option.