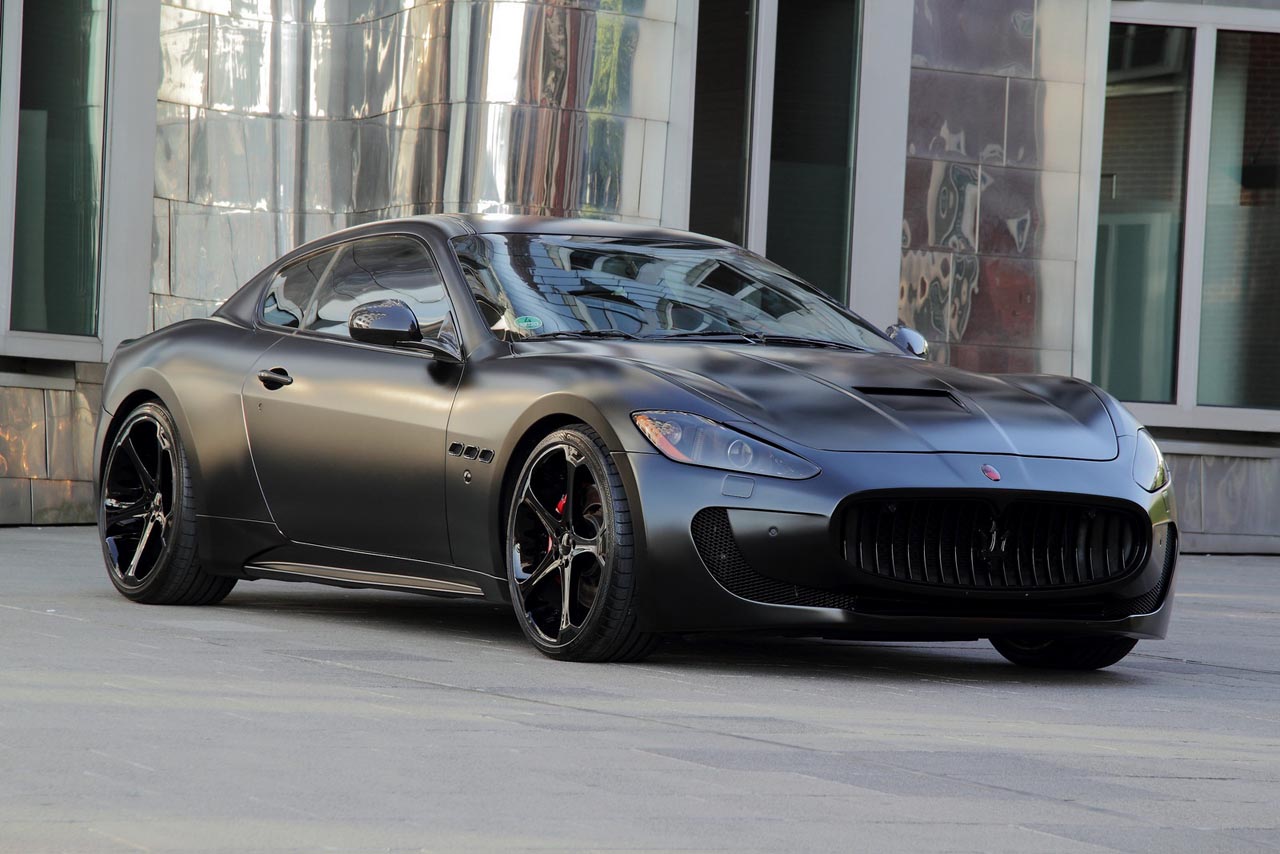 You knew it, you just knew it, once you spot a new car that has a name like Maserati Gran Turismo S Superior Black Edition it had to be a bit of a boring tuner that came up with it.

In this case it’s the Germans at Anderson Germany and while the branding is boring and unimaginative, the car it gets stuck on is in no measure like that.

In fact, this Black Edition of the Maserati GT is a truly menacing vehicle that’s true to its name and is actually black.

The black side of the equation comes courtesy of a silky matte-black paint coat, opting for black alloy wheels and smoking just about any glass surface that Maserati fit on the Gran Turismo at the factory.

Don’t think that Anderson Germany is the sort of tuner that changes the appearance of the vehicles they get to work on without some proper prep.

In the case of the S Superior Black Edition that isn’t limited to striping the old paint down but to stripping most of the body away and replacing it with carbon fiber.

The new body kit is full of components made from the holy grail of automotive lightness and it includes the bonnet, side mirrors, tailgate and roof ledges, front and rear aprons.

Being lighter is fun, but not nearly as much fun as having more power. In this case, the 4.7 liter V8 goes up by 52 ponies all the way up to 492 horsepower.

And just in case the new power isn’t easy to notice, there’s also been a stainless-steel exhaust system that Anderson Germany claim can be used with two settings for the loudness.

For the chaps who do manage to appreciate a tune-up on the Maserati Gran Turismo S, we’ve included some extra stuff on those black new wheels. Using a five spoke design, similar to some Antares creations their size is an impressive 21.

The Germans also care for the buyers a little more than those watching their new Maserati tune-up, as they’ve tended to the interior as well.

While this isn’t exactly a weak point of the standard model of the great Italian brand, it’s great to get some added black-carbon leather and black Alcantara.

And then who would mind the red seams and stitching that Anderson Germany ends the discussion about the Maserati Gran Turismo S Superior Black Series with.