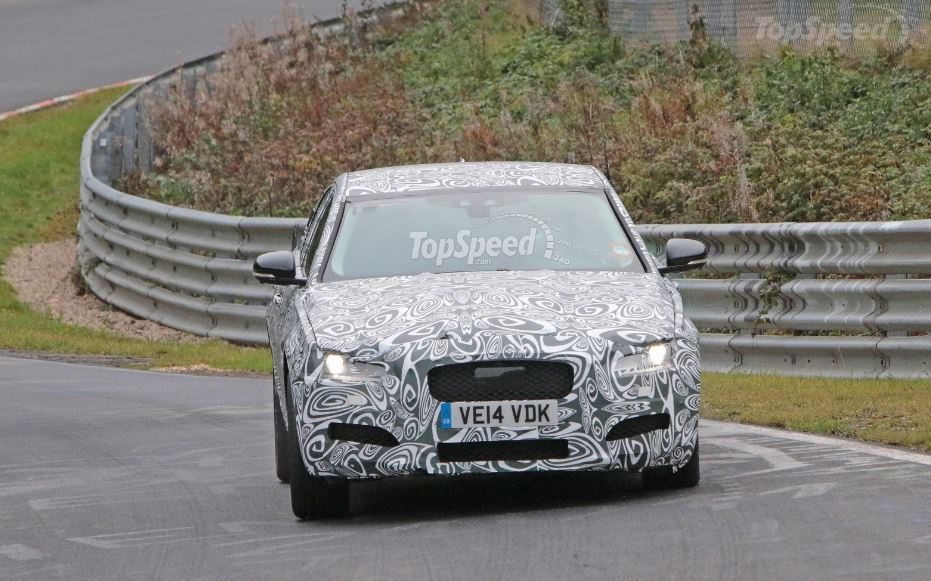 The Jaguar is seemingly preparing a new model for the market, meaning the upcoming XF prototype, which was recently spied on shots at Nurburgring while undergoing some tests.

We are talking about a Jaguar XE test mule all wrapped in camouflage, the model apparently wearing some new distinctive design lines, which are much sharper than the present XF.

More than that, the body is also visibly changed at the headlights and taillights, which are now modified, to give the XF a more aggressive look.

With the Jaguar British carmaker to be using an aluminum chassis, there`s no doubt that the upcoming XF will also benefit this high-resistant component.

Due to the new aluminum platform, the upcoming Jaguar XF will be lighter with around 100 kg than the present model, which will add more performance.

Under the hood, the upcoming Jaguar XF will benefit a 3.0-liter supercharged V6 unit, taken from the F-Type, with other new engines including a 2.0-liter petrol and other four-cylinder diesel engines.

The top-ranger Jaguar XF SVR will also be powered by a huge 5.0-liter V8 supercharges, while a plug-in hybrid is also considered later on.