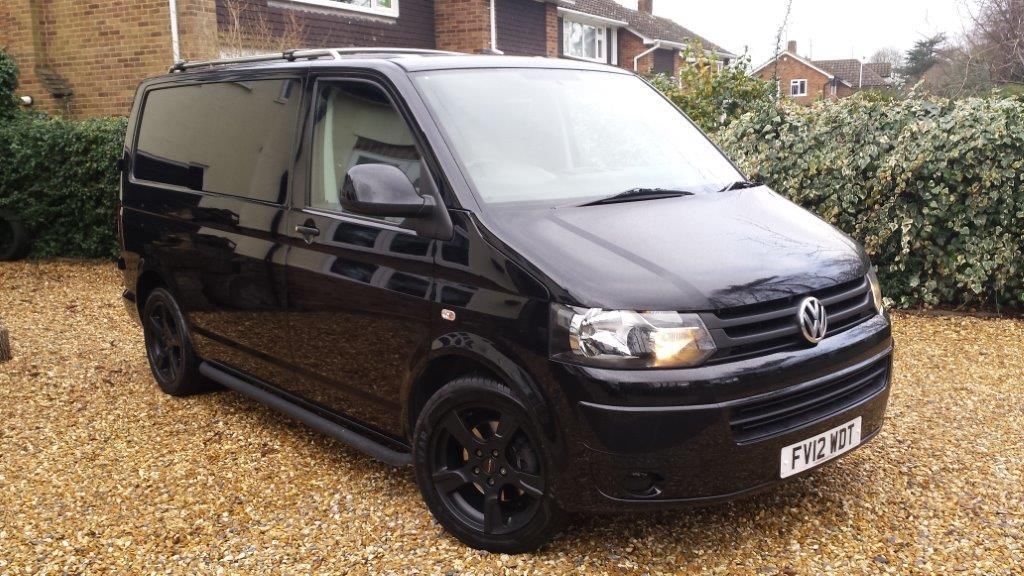 Late last summer, my partner and I finally got to satisfy a long-held ambition, a road trip around of some of Europe’s most iconic routes, cities and attractions. For four glorious weeks we criss-crossed the continent, experiencing just a fraction of what was on offer. In this blog we look back at our trip and describe the pleasure of driving in Europe.

Having arrived at Gatwick following our flight from Boston, we picked up our pre-booked rental van ready to start our journey. Naturally we chose London as our starting point as we were keen to take in some of the English capital’s top sights. My partner has a soft spot for the Royal Family so we particularly enjoyed visiting the Tower of London and Windsor Castle on day 1. From the fabulous aspects on the Thames to the pretty surrounds, these ancient royal monuments are a real treasure trove and beautifully located. After a few hours I was also more confident on driving on the left, which was completely alien to me at first. London driving was all you’d expect of a major capital – sluggish and challenging, but we coped!

However our visit to London was brief, as we had a lengthy trip ahead that afternoon. Once we’d escaped an hour of gridlock on the M25 circular we were headed south through some beautiful countryside on our way to Folkestone to catch the cross-channel service to France. The roads were relatively quiet, smooth and well-signed, so we had no difficulty at all navigating our way at a decent pace to the south coast. Loading our van onto the train proved to be about the longest part of the trip; the crossing itself took around 40 minutes, allowing us a brief time to catch our breath ahead of the next part of our trip across France. 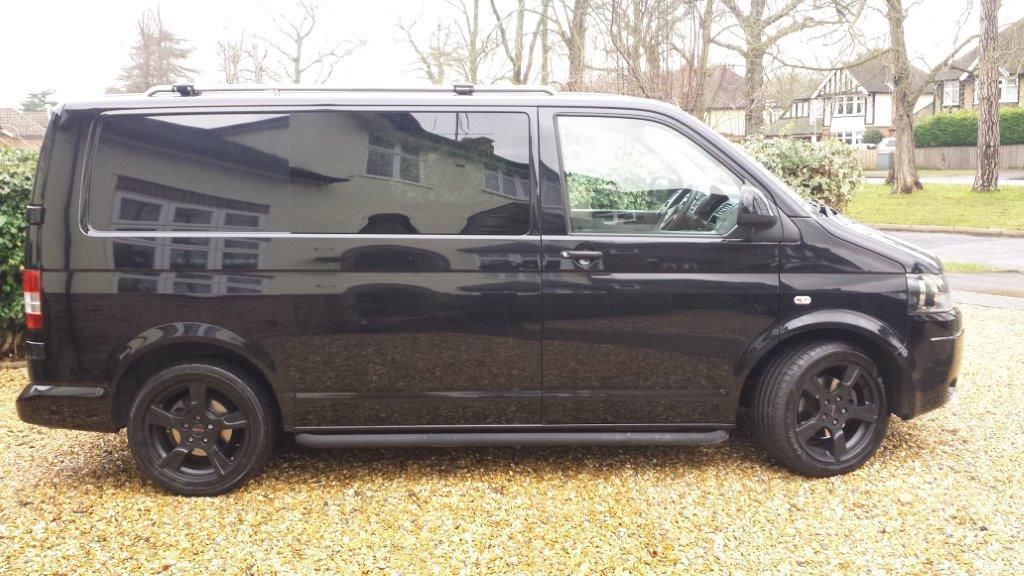 The first stage of our trip to Paris was a coastal route from Calais to Hesdin via Boulogne-sur-mer – with driving back on the “right” side of the road! Boulogne was just as we expected a French small town to be, with lovely cobbled streets around a wide open central square, and a bustling fishing port. We continued on to Hesdin, the route along the Canche river proving to be really scenic and superb to drive thanks again to excellent signposting and well-maintained surfaces. Quite by chance we arrived in Hesdin in time for Thursday’s market – a chance to stretch our legs and sample some delicious local produce.

Our French leg revolved around two days in Paris, which we reached around lunchtime the following day; driving around the city’s main routes was a bit of a challenge with a high volume of vehicles all jostling for position. 48 hours is not nearly enough to enjoy everything the French capital has to offer, but we were blown away by Notre Dame cathedral in particular, with its magnificent medieval architecture, gargoyles and spires; although not quite the most spectacular cathedral we would experience, its history and fame made it a must-visit. 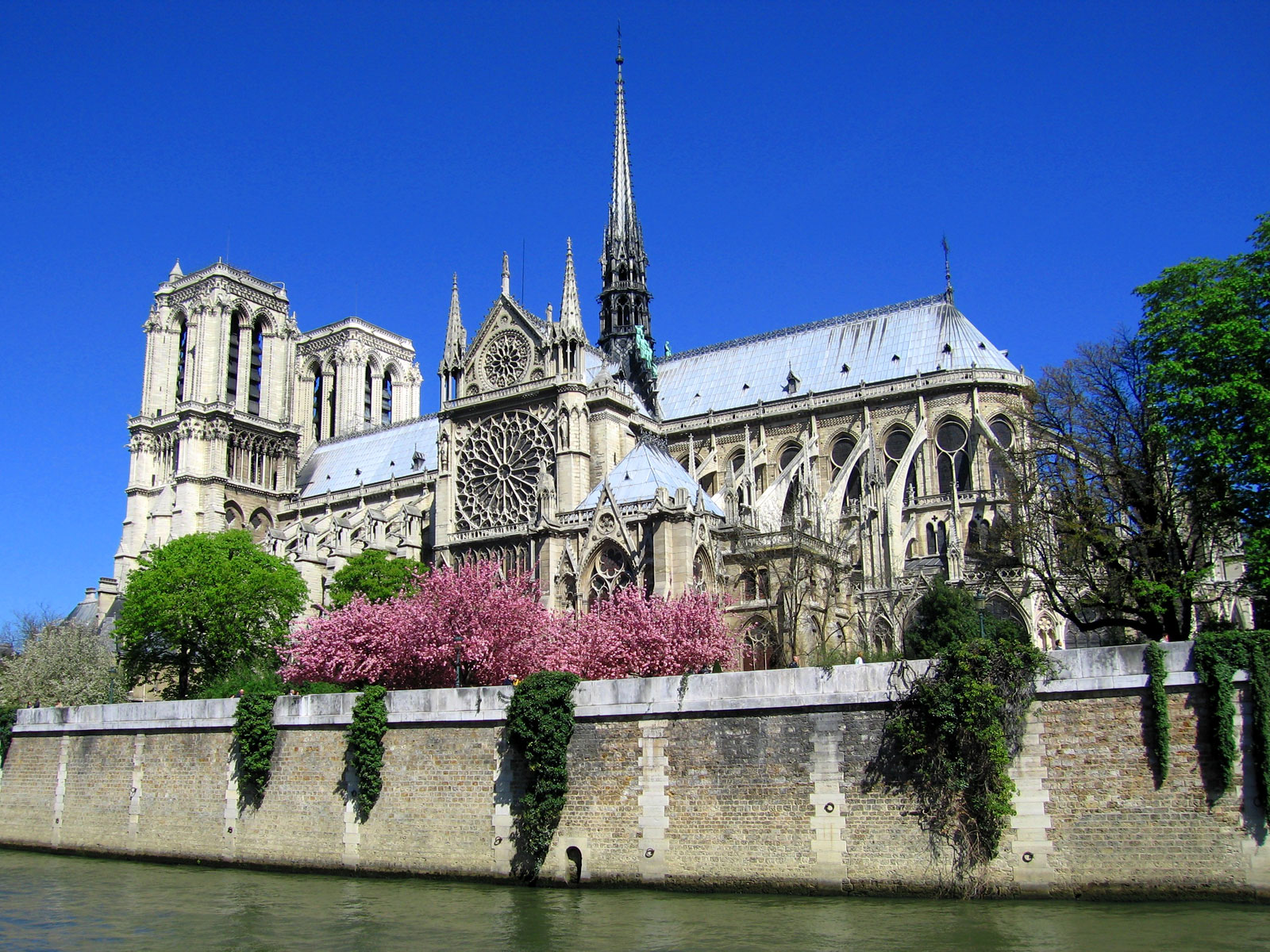 Paris didn’t disappoint in any respect; despite huge crowds in and around most attractions, especially the Louvre, but we were able to find a pair of superb bistros that were tucked away among the numerous alleyways, and ticked off the standard sights such as the spectacular Eiffel Tower and the Champs Elysees without needing to get back in the van.

One of the major reasons for our trip was to explore some of the continent’s most iconic roads and scenic drives; as we headed east towards the French Alps, the next stage of our trip offered all of that and more! Driving in France proved a real pleasure thanks to an abundance of routes to choose from, all easily navigated; the lush countryside rolled past as we headed east towards Troyes and then onto Dijon. Our rental van ate up the miles, but the biggest challenge lay ahead as we sought out La Route des Grandes Alpes (LRGA).

One of Europe’s most famous driving routes, LRGA spans some 460 miles from Evian (close to Geneva) to the Cote d’Azur in Nice. We picked up the road west of Geneva and started our wondrous climb through some astonishing mountain passes and glaciers. The route tops out at around seven thousand feet, with spectacular views of snowy peaks throughout its course, even at the height of summer. This was undoubtedly the favourite “driving” part of our entire European odyssey. We stopped off at several little towns en route to Nice, the highlight being Chamonix, a world famous winter sport destination perhaps just as well known for its celebrity visitors and apres ski!

Descending into Nice was everything we hoped, the beautiful Mediterranean providing the backdrop to our two day jaunt along the coast. We enjoyed the twisty roads on the shores of the Med and naturally stopped in Monte Carlo to drive a small part of the Formula 1 course, including the famous tunnel, before heading further east towards Italy. The roads were fairly busy but great to drive, with new and wonderful views around almost every corner. We stuck to the Mediterranean coastal road in the main, with the Italian SS1 highway a fantastic quick route past some beautiful little towns en route to a stopover in Genoa.

A lovely morning spent admiring the ancient walls and lush parks was the precursor to the next leg of our trip to Milan. Italy’s capital of shopping and music, Milan was easily approached via the main highways but the traffic was the heaviest we’d yet encountered, aside from Paris. Having finally managed to locate a spot to leave the van, we spent a lovely evening strolling in the warmth. The next day was spent within the city, admiring the spectacular Gothic architecture and incredible sculptures at the Duomo cathedral, probably the most impressive landmark we visited on our whole trip. Any trip to Milan naturally involves shopping, and the designer boutiques were impressive to look at and admire. 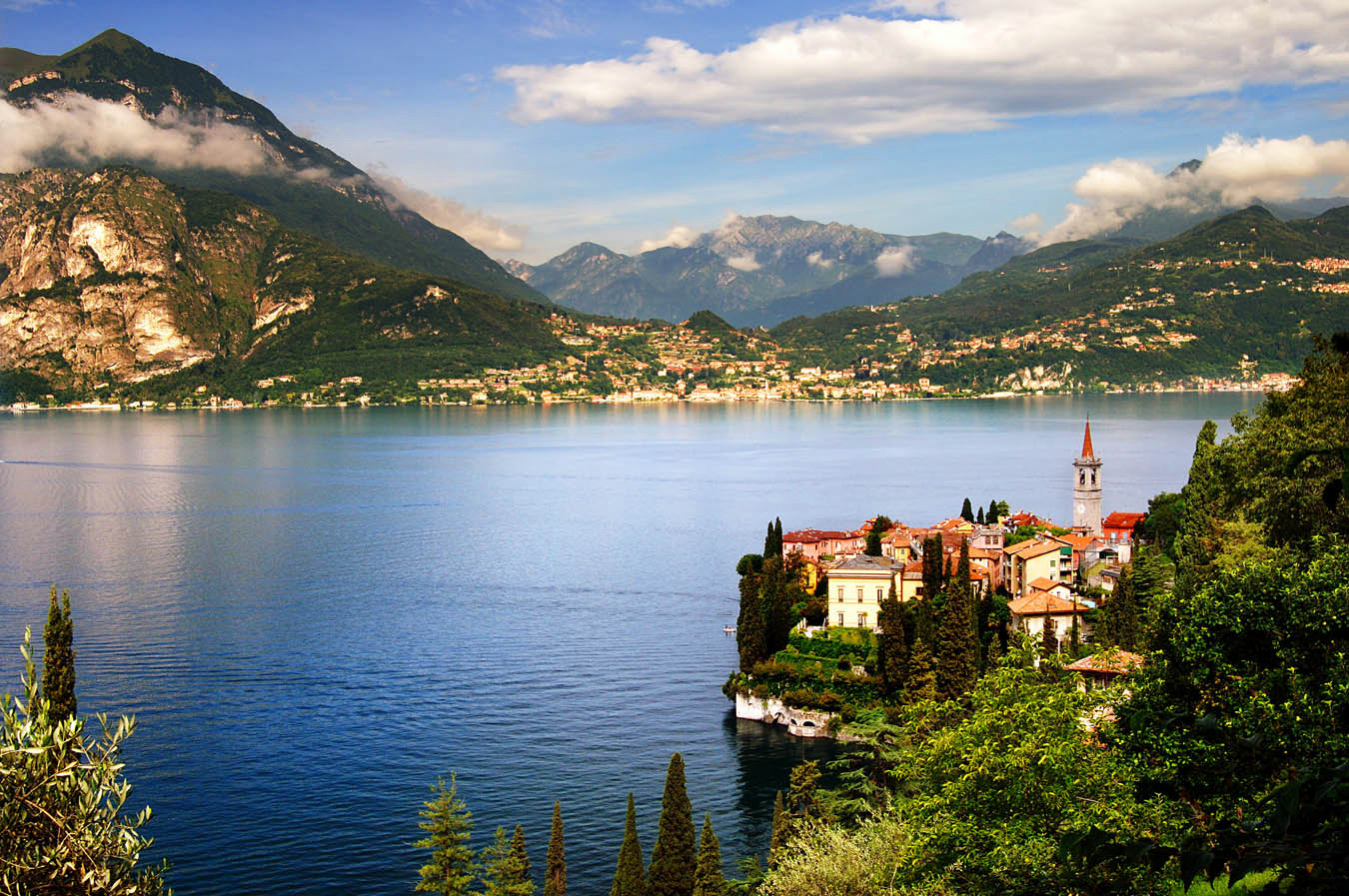 The third week of our trip brought one of the great delights of the expedition – a trip around the lush environs of Lake Como. A second home to many movie stars and one of the places “to be seen”, Como was a delightful small town with a superb aspect. The roads around the lake were fairly crowded and on occasion proved very narrow and tricky to navigate – especially with tourist coaches everywhere. The twisty roads were still great fun, and as with the mountain routes, the lake provided stellar views at every turn. We stayed overnight at a delightful guesthouse overlooking the lake, and awoke very early and refreshed for our next leg east towards Bormio and the Stelvio Pass.

Although not the prettiest route, the Stelvio Pass is iconic because of the remarkable series of 48 switchbacks at the northern side. We arrived at the pass by 8am as we understood it can be very crowded in peak season, and after passing through the unremarkable town of Bormio, we began the ascent through a pretty valley towards the summit which reaches a shade over 9,000 feet. There were excellent photographic spots along the route, but it was the switchbacks that we’d come to experience, and we weren’t disappointed. Due to the intensely tight twists and turns, we made fairly slow going, but were thankful we weren’t in one of the larger coaches and vehicles attempting the climb in the opposite direction. Descending was certainly an experience that wouldn’t suit the faint-hearted and if we were ever to take this road again we may well approach from the opposite direction!

From the Swiss border we headed north and east through the beautiful Tyrol region towards Austria. We hit the fast-moving A12 (Inntal Autobahn) which boasts an intelligent transport system giving real-time traffic and driving information; this took us directly into Innsbruck. The Alpine capital offered spectacular views of the surrounding peaks from every angle, although by now we’d become accustomed to such sights!

We were running behind schedule which sadly meant we had to pass on the chance to drive the Grossglockner High Alpine Road, reportedly the best mountain road in the whole of Europe. One for the next trip! Instead we hit the superb Autobahn network and took the 60 mile direct route to Munich. Stories of motorists travelling at excessive speeds on the Autobahns proved fairly unfounded in our brief experience; steady cruising at about 80 mph was more than sufficient, and we did notice various places where speed restrictions were in force. 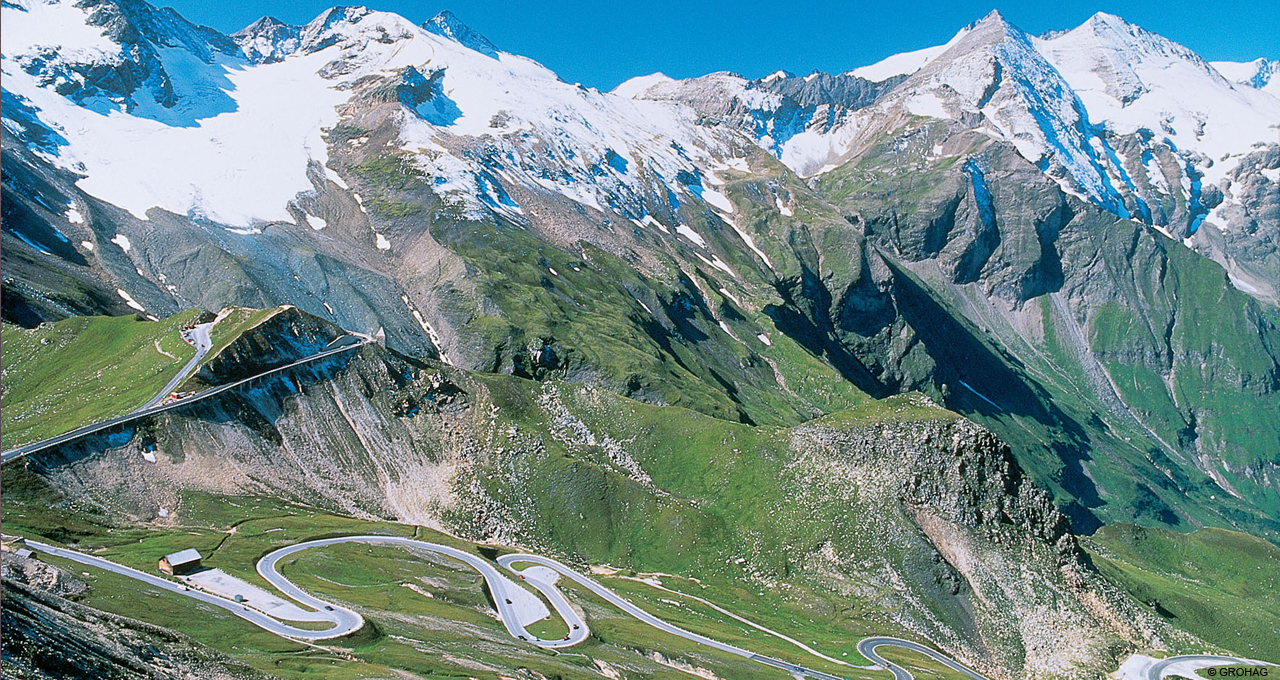 From Munich we travelled another 150 miles to Stuttgart for a stopover before another real driving highlight – the German Wine Route. Roughly encompassing 50 miles from Karlsruhe to Mannheim, the roads pass through many villages and small towns known for their vineyards and wine production. Thanks to the excellent climate, we also passed areas specialising in lemons and figs, a heady two hour drive in glorious country.

The last few days of our trip saw us make our way steadily north and west through the western edge of Germany and into the Netherlands. With much flatter terrain, the visual impact was less than other places we’d encountered, but we found driving pretty stress-free, thanks to what appeared to be a much easier pace of life than Germany; there were cyclists in abundance nearer the cities (as we’d expected), and drivers were certainly more courteous. There were also no tolls to pay, something we’d run into in France. And thankfully, our van survived the entire journey without any problems, (credit to Nationwide Hire).

A thoroughly enjoyable road trip finished with an overnight ferry trip from the Hook of Holland (about a half hour from Rotterdam). We disembarked at Harwich and made our way steadily back through eastern England to London and the end of our journey. Overall impressions of the trip were enormously favourable – from the fantastic open roads of France and Germany to the beautiful Mediterranean and the spectacular mountain routes in the Tyrol and the Alps, we’d experienced pretty much the best of Western Europe. We’d heartily recommend a similar journey to anyone with a love of the open road and a few weeks to spare!