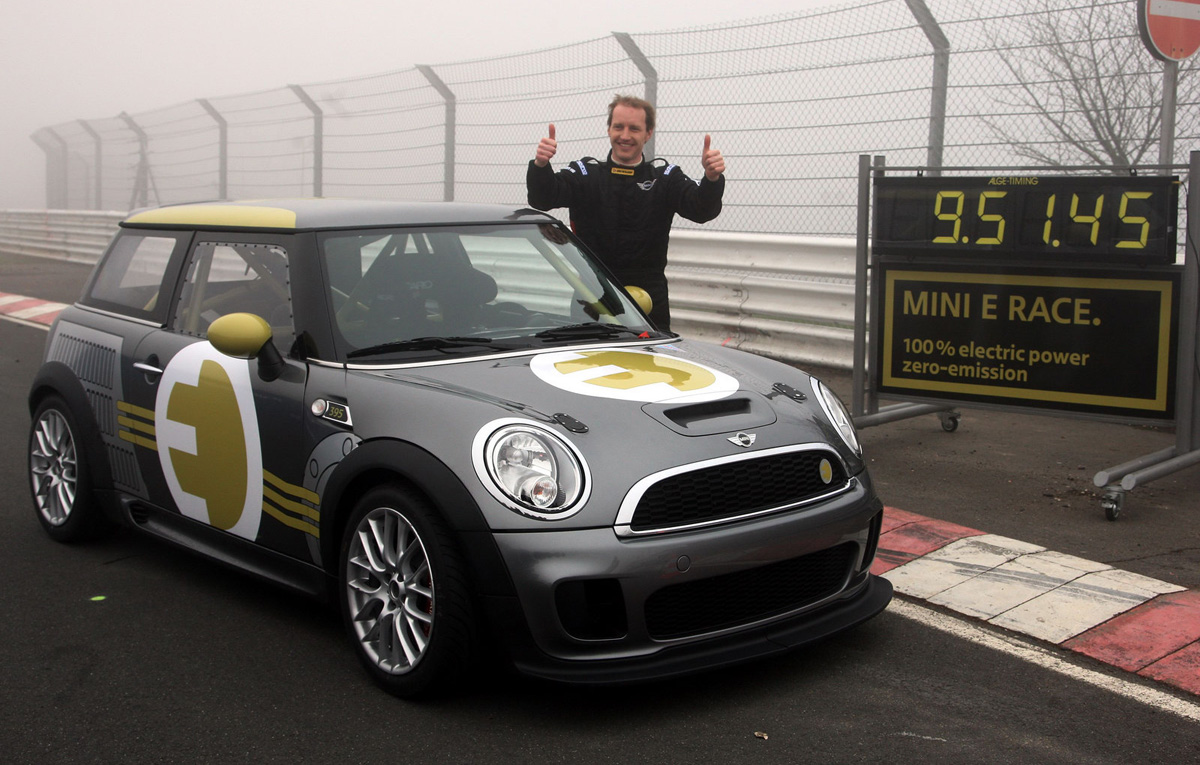 Mini tried to prove everyone that the electric version of the model can get a good time on the circuit at the Nurburgring.

BMW continues the campaign to promote the new electric Mini with a new action, designed to attract public’s attention and media. This time, the electric version of the British symbol arrived at the famous Nurburgring circuit, where it tried to prove that an all electric car can get a respectable time on the “Green Hell” asphalt.

To establish a decent performance, British engineering team used a modified version of the electric model, which received a lighter body, a roll cage, a stiffer suspension, special brakes and a set of tires for the track.

But the resources have been delivered by the same standard electrical drive train, which offers 204 horsepower to the front axle through a box with a single report. The resources were sufficient to ensure the British model a time of 9 minutes, 51 seconds and a top speed of 187 km/h.