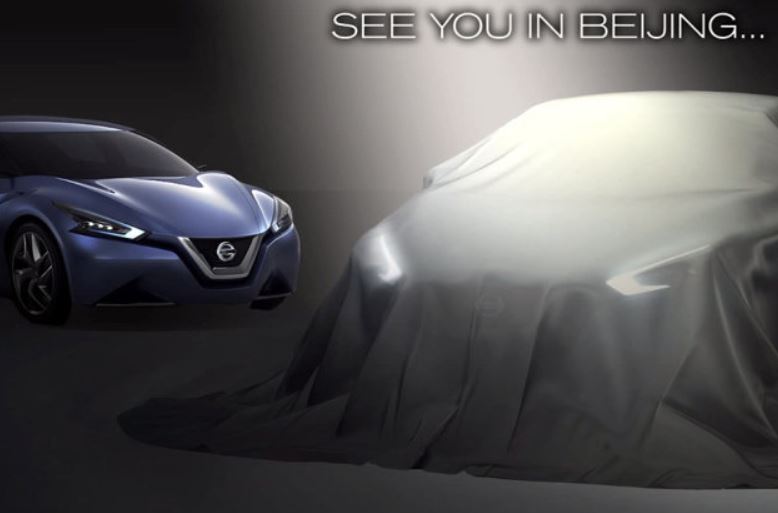 Nissan seems to get ahead the 2014 Beijing Motor Show due on 20th of April and gives away a teased image with what might be a future New Sedan Concept.

The Japanese automaker reveals a single picture with the New Sedan Concept, showing off with a remark: “See you in Beijing”…., which might be a clear indication of the upcoming concept.

More than that, Nissan carmaker also revealed a video with the concept counting down the seconds until the beginning of the event in Beijing.

If we take a look at the car, we might consider that it is aimed towards the younger Chinese buyers, as also Nissan confirms.

The New Sedan Concept`s design might be seen as a resemblance with the Nissan Sport Sedan Concept, revealed at the Detroit Auto Show.

We are too counting down the seconds until the 2014 Beijing Motor Show to see the real New Sedan Concept.