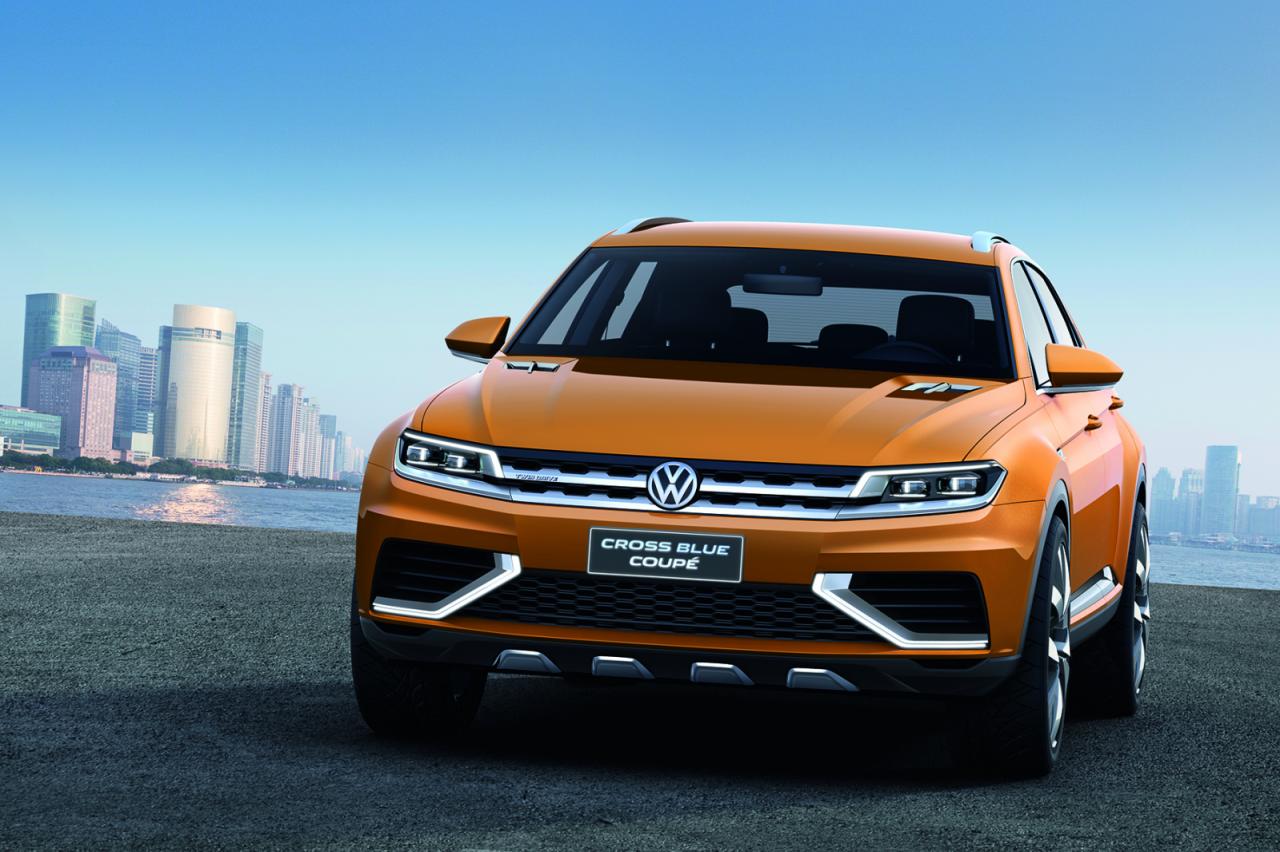 Volkswagen pulled the wraps off the CrossBlue Coupe, a concept model which is meant to show us how the company’s upcoming SUV models which will arrive in the coming months will look like.

Measuring 4,8 meters long and 2 meters wide, the new CrossBlue Coupe is the smaller brother of the Volkswagen CrossBlue, a model seen earlier this year.

Both concepts preview new SUV models which will debut most likely next year in production form. Power is provided by a hybrid powertrain which consists of a 3.0-liter V6 engine offering 295 horsepower and two electric motors, with a total output of 409 horsepower and 700Nm of torque.

Power is transferred to the wheels via a six-speed dual-clutch transmission, the 0-100 km/h sprint being possible in 5,9 seconds with a top speed of 236 km/h.

The German SUV is capable to drive with zero emissions for about 33 kilometers thanks to the 9,9 kWh lithium-ion battery which stores the energy.