Volkswagen Passat by ABT Sportsline 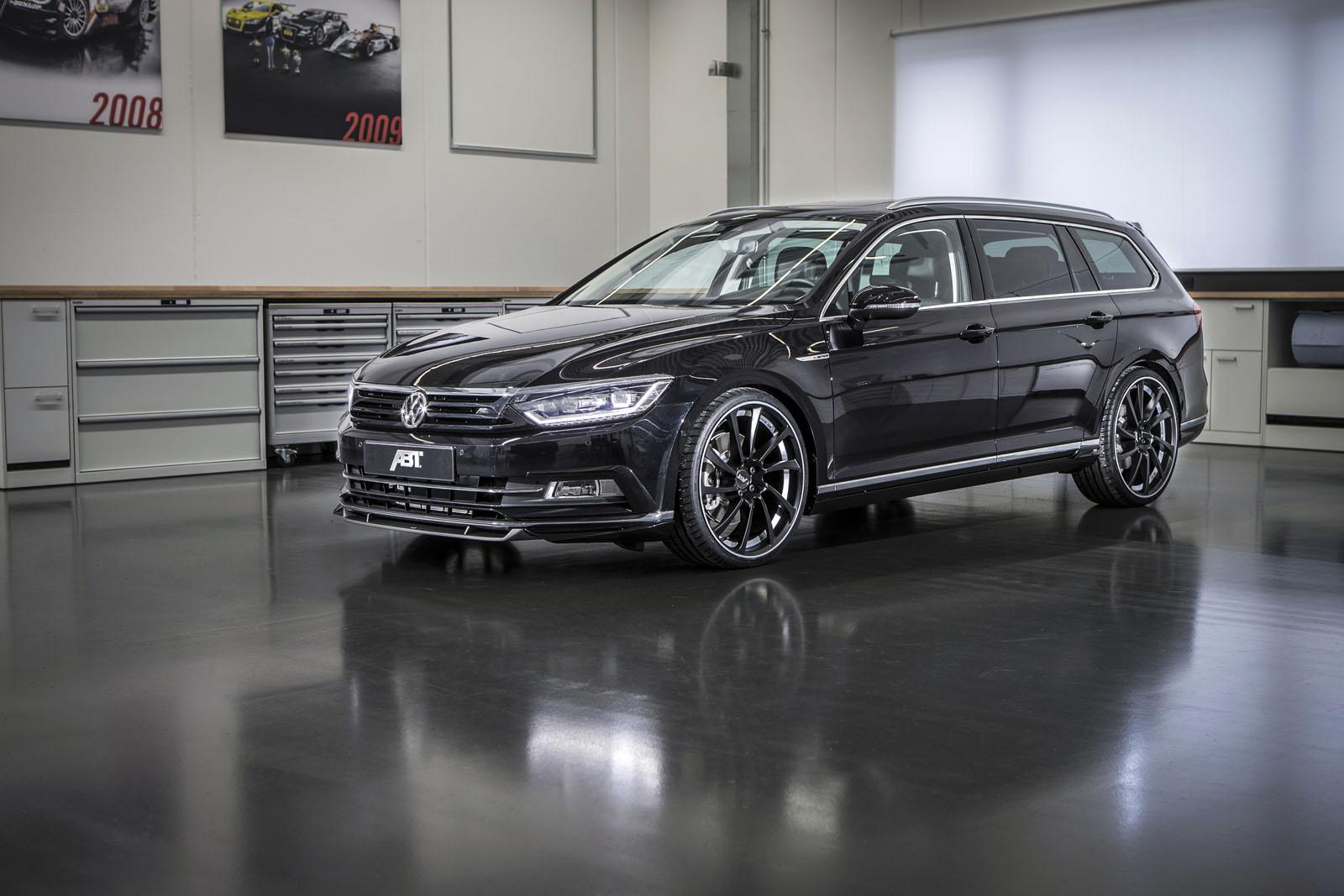 The 2015 Geneva Motor Show is fast approaching and a lot of important automakers are preparing some special goodies for the event, starting with new-gen models to upgraded and customized cars, thanks to the guys from different tuning companies worldwide.

It is also the case of the Volkswagen German based car manufacturer which will launch, along with a handful of other important models, a tuned up version of the new-gen Volkswagen Passat. The upgrade package has been carried out by the famous ABT Sportsline tuning division.

The upgrade package includes some important modifications made at the body, while under the hood, some other mods have been fitted to add up more power.

First, the new Volkswagen Passat by ABT Sportsline is now looking more aggressive, thanks to the new body kit, which adds up some fresh elements, like the revised side skirts, the front lip spoiler, the tailgate mounted spoiler, the mirror caps to the rear skirt, the sports exhaust system, the 20- or the 21-inch alloy wheels, and a few more. These modifications can now be found on the estate as well as on the limousine version.

Second, the Volkswagen Passat by ABT Sportsline has been also fitted with an upgraded 2.0-liter TDI four-cylinder unit, which is now producing an overall of 280 horsepower. So far, this is all we have got on the new Passat signed by ABT Sportsline, but more will be revealed this week, in Geneva.