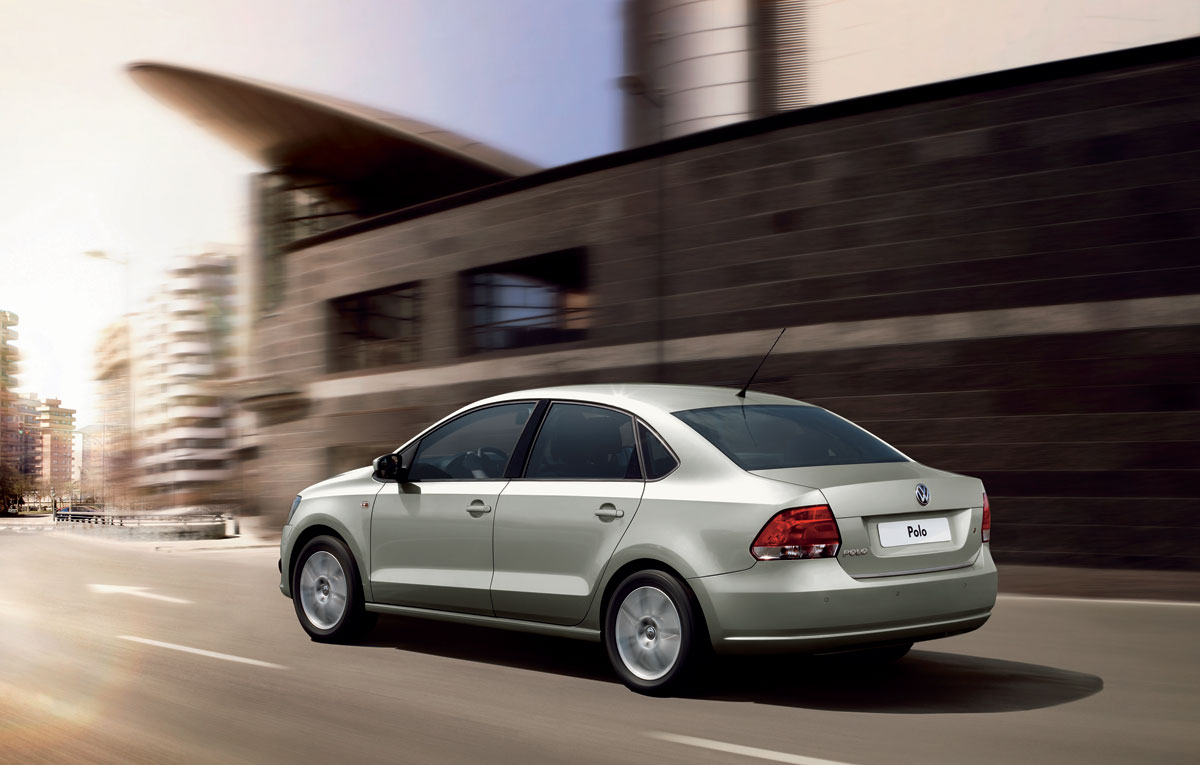 Volkswagen presented in Moscow the new Polo Sedan, a model designed for the emerging markets. It started in Russia, but it could be released in India or other similar markets.

Volkswagen presented today the new Polo Sedan in Moscow to an audience of over 200 high-ranking officials. For the first time for the brand in Wolfsburg, Volkswagen has created a special model for the Russian market. Volkswagen already produces Polo hatchback version at factory in Kaluga, and its sedan version will join soon in the same factory. Polo sedan’s wheelbase is 2550 mm, with 80 more than the hatchback version of this model.