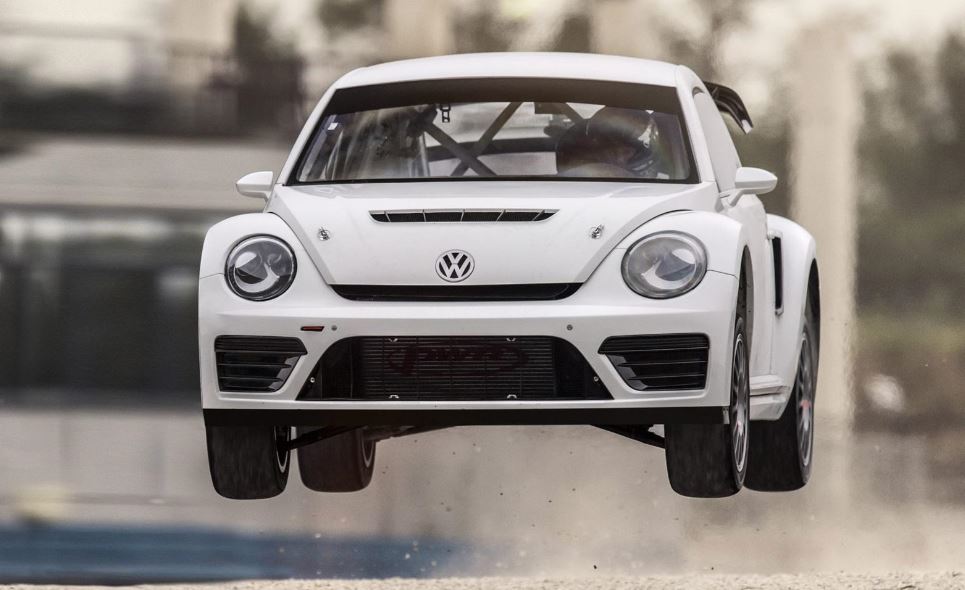 The Volkswagen Beetle GRC is ending up in our news again in a new commercial, which showcases the model in its full style and performance.

The video launched with the Volkswagen Beetle GRC is also revealing the car`s features as a truly racing car, with the model also shown in the building process.

The new promo with the Volkswagen Beetle GRC was taken this weekend at the event taking place at the Port of Los Angeles.

The Volkswagen Beetle GRC (Global Rallycross) event will start with Tanner Frost behind the #34 Rockstar Energy Drink Volkswagen, while Scott Speed will drive the #77UP Volkswagen.

The Volkswagen Beetle GRC is specially customized for the track, as the race car is coming with a modified chassis, tweaking a larger wing, side scoops, aerodynamic side mirror, larger brakes, customized suspension system, or the 17-inch alloy wheels wrapped in Yokohama tires.

Under the hood, the Volkswagen Beetle GRC is powered by a 1.6-liter TSI four-cylinder turbocharged gasoline unit, developing a huge 544 horsepower, hooked to a 6-speed sequential transmission.