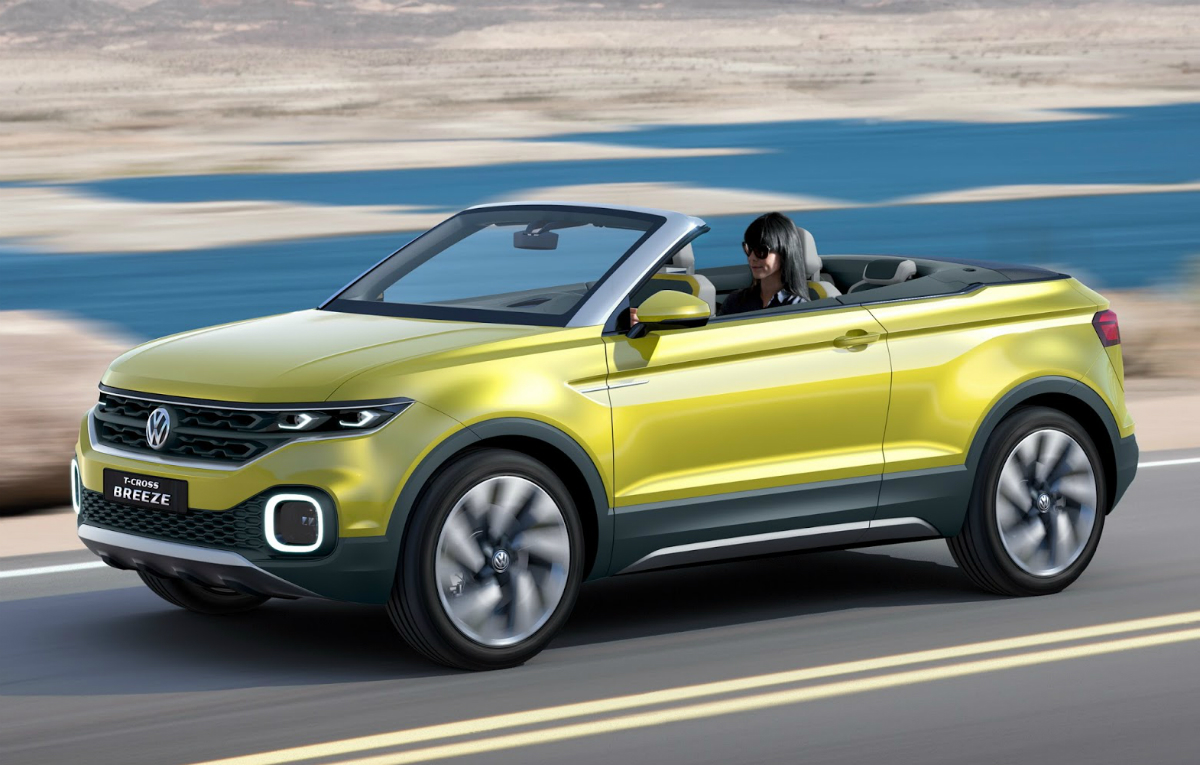 What’s with that cabrio-SUV from VW? It’s a concept-car, and it will probably never be produced in that form. However, it shows the preliminary design of the smallest VW SUV which will appear next year.

Almost six years passed since the Nissan Juke opened the show. Until now, a lot of new players joined the Japanese in the competition, but not VW. Just now, after all this time, they came with this concept. VW keeps on directing our attention to its roofless profile, but I would prefer looking at its details, since they’ll be probably found in the new Polo-based compact SUV. The font grille integrates the lights, which share the same honeycomb form with the grille’s elements. Another distinctive element is the fog lights which are surrounded by square daylights. The lower part of the fascia is dominated by the large silvery shield, with a more aesthetic than functional purpose.

It’s also the second time, after BUDD-e when we see a VW interior without physical switches. It indicates quite clearly the direction followed by the next VW models, including its future small SUV. The driver will be able to introduce data using gestures, a touchscreen and a switch. How smart is the system? It’s active and smart enough to recognize if the pointer goes to a specific area, enlarging that zone to facilitate the touch of the button. VW chose to equip the concept with the three-cylinder 1-liter TSI engine, producing 115 hp. Its DSG automatic transmission sends the power to the front wheels, for a low-level of CO2 emission: only 115 g/km estimated.