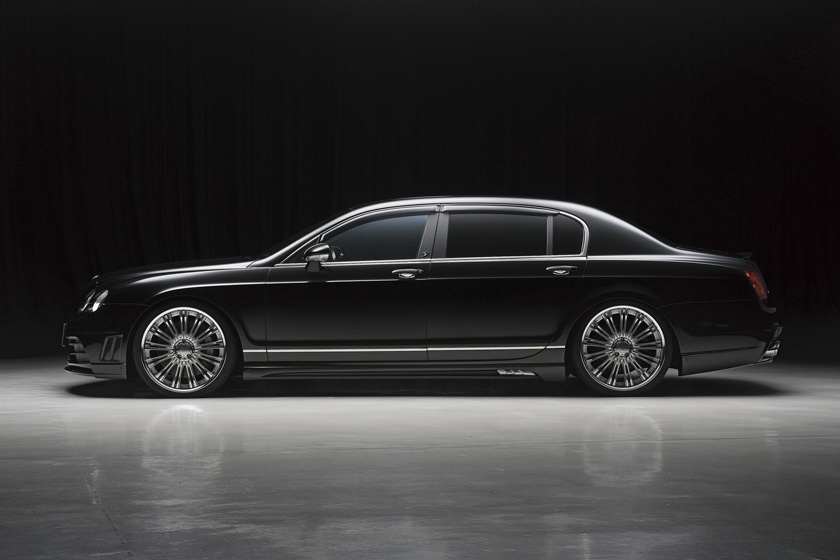 While the name tag on this car may sound like what was a long time ago pretty usual for a coachbuilt car, it isn’t exactly that, actually it’s not that at all.

The Japanese tuning company have taken the Bentley Continental Flying Spur and had their way with it until they got to this result and this name.

This result implies that the enormous luxury sedan is getting a new styling package, entitled the Sports Line Black Bison.

The package consists of pretty much the usual stuff, but, this being a Bentley it can’t end up looking downright stupid as nobody would buy one then. Either way, the result is quite pleasant. The Sports Line Black Bison Flying Spur now has a new front bumper with added air vents and the ever popular LED daytime running lights, a new set of side skirts, a revised rear bumper with air ducts and something that’s supposed to be a diffuser, but it’s not that convincing. Added to the mix is a quad-pipe exhaust and a nicely proportioned (i mean, subtle) carbon fiber boot lid spoiler.

The list doesn’t end there, added to these rather exquisite details there’s a set of immense multi spoke alloys built in house by Wald that the Bentley Continental Flying Black Bison wears rather nicely. The details added that I can’t really understand are those hideous spoilers on the front and rear side windows and that set of carbon fiber pieces on the B-columns.