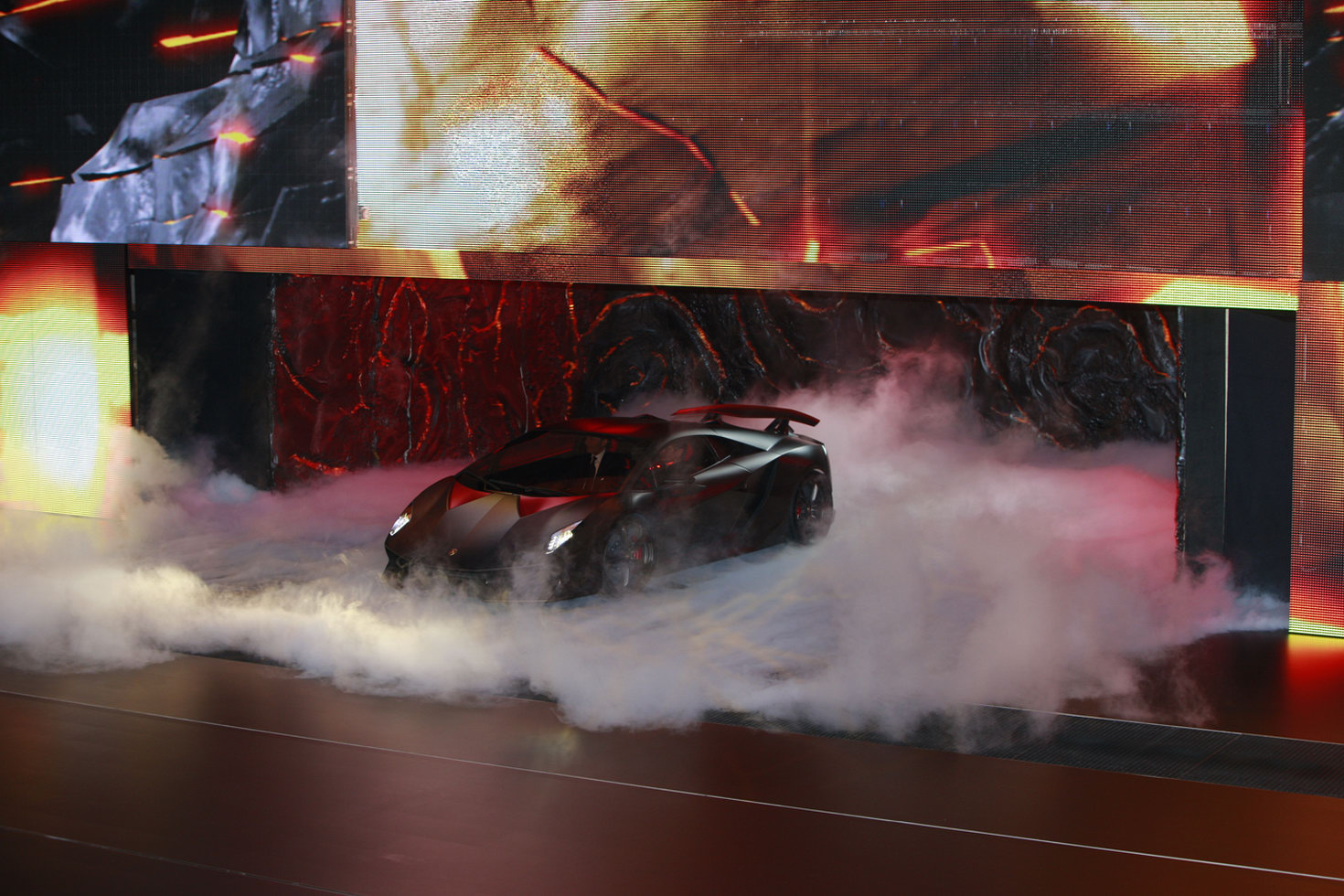 Yes folks it’s begun, the media is buzzing left and right as the Paris Motor Show finally turned the sign around and it now reads “Open”.

Moving on from the teary stuff and getting to the business end the most interesting (to my mind) thing to be seen there has been revealed and as you can see it’s a Lamborghini Concept.

We have had a rumor about it and the teasing before hand nearly killed us off but looking at it it’s justified. The headlines therefore, the name is Lamborghini Sesto Elemento, the tag says Concept and the spec sheet makes for a big “wow”. Further more, the new factory orientation to come from Sant’Agata Bolognese makes everybody stand back and wonder.

Starting with the looks you can see where all those teasers came from, you can see an obvious Lamborghini design, you can see a Reventon influence and in some detail, you can see the Countach. Whatever way you turn it, it’s undeniable, the Sesto Elemento is one fine looking vehicle.

What’s underneath the looks is, if anything, even more amazing as the extremely lightweight construction thanks to advanced carbon-fiber technology pays off. Even with a stonking big V10 yanked out of the Gallardo Superleggera the car only weighs in at 999 kg or 2,202 lb. Sporting 570 horsepower this thing is very very brisk as it’ll hit 62 mph in 2.5 seconds from a standstill and handling should be a peach.

Stephan Winkelmann, President and CEO of Automobili Lamborghini has made a very important statement in regard to the future of the company at the presentation were the Lamborghini Sesto Elemento was unveiled and the highlight of it is the fact according to which combining extreme lightweight engineering and extreme performance makes for extreme driving fun.

Could this mean that the Lamborghini Jota will be a different animal than what we are expecting?

2 thoughts on “Welcome to Paris: Meet the Lamborghini Sesto Elemento”