We’re going to Paris in the new Porsche 911 Speedster 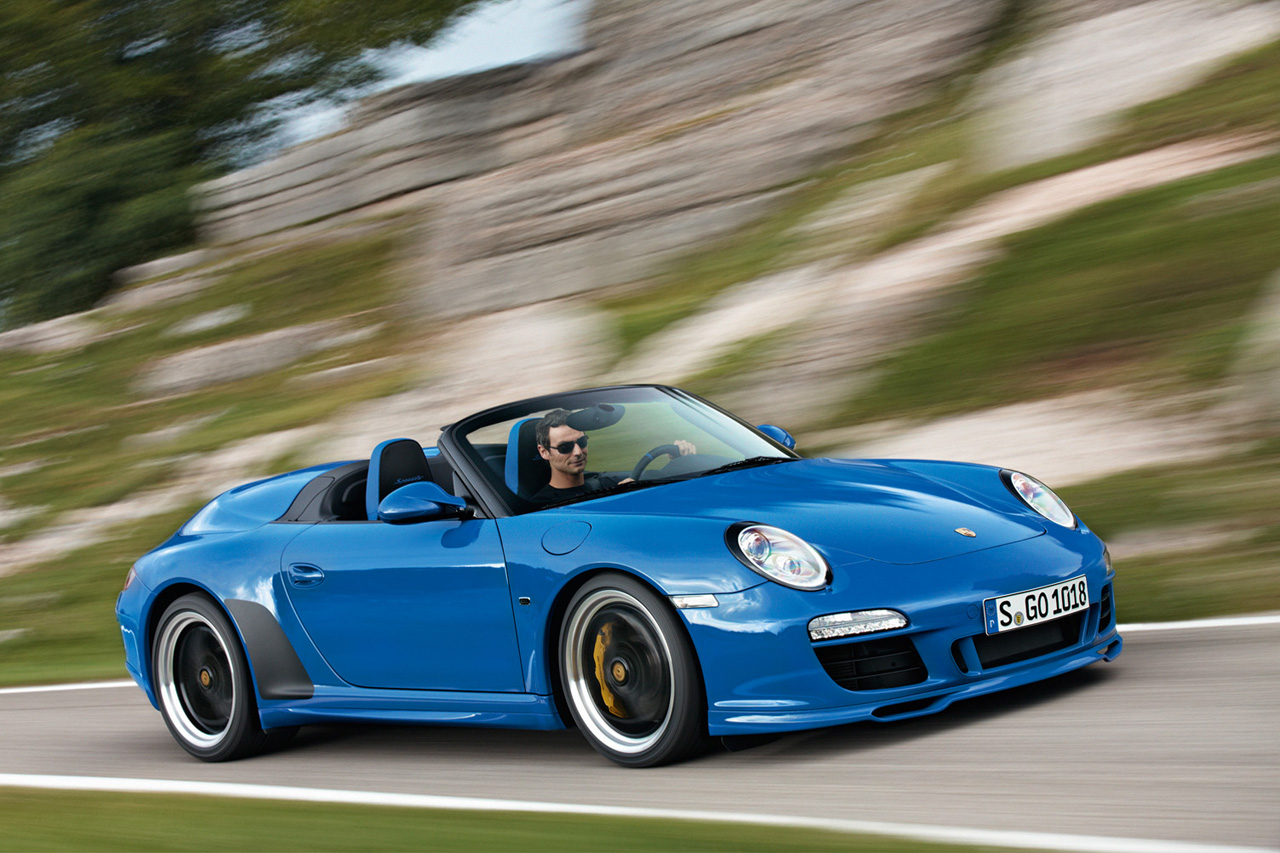 That’s what the Germans are bragging about now, at the Paris Motor Show you’ll be able to see the Speedster, their brand revival for those nostalgic after the olden days of the 356.

Just when you though that Porsche couldn’t do anything more with the current 911 it would seem that they keep on surprising you with ever lazier design that somehow gets a bit interesting.

What the 911 Speedster will be offering you is mostly the nostalgic effect, but there is some serious substance within, there’s a classic hunchback profile and lowered windshield (by 60 mm) for a complete stance effect.

Since the show is there, the performance hasn’t been left out for that reason as there is a traditional six cylinder boxer engine with an output of 408 horsepower that sends all of that towards the back wheels via the notorious PDK gearbox.

The car was developed Created by the Porsche Exclusive department, in order to celebrate its 25th anniversary this year, the 911 Speedster honors the 1950’s classic from which it draws its inspiration and it will be produced in a limited run of, get this, 356 units. The unique shade of French racing blue comes standard, and continues on the two-seat interior, with Carrera White being available free of charge.