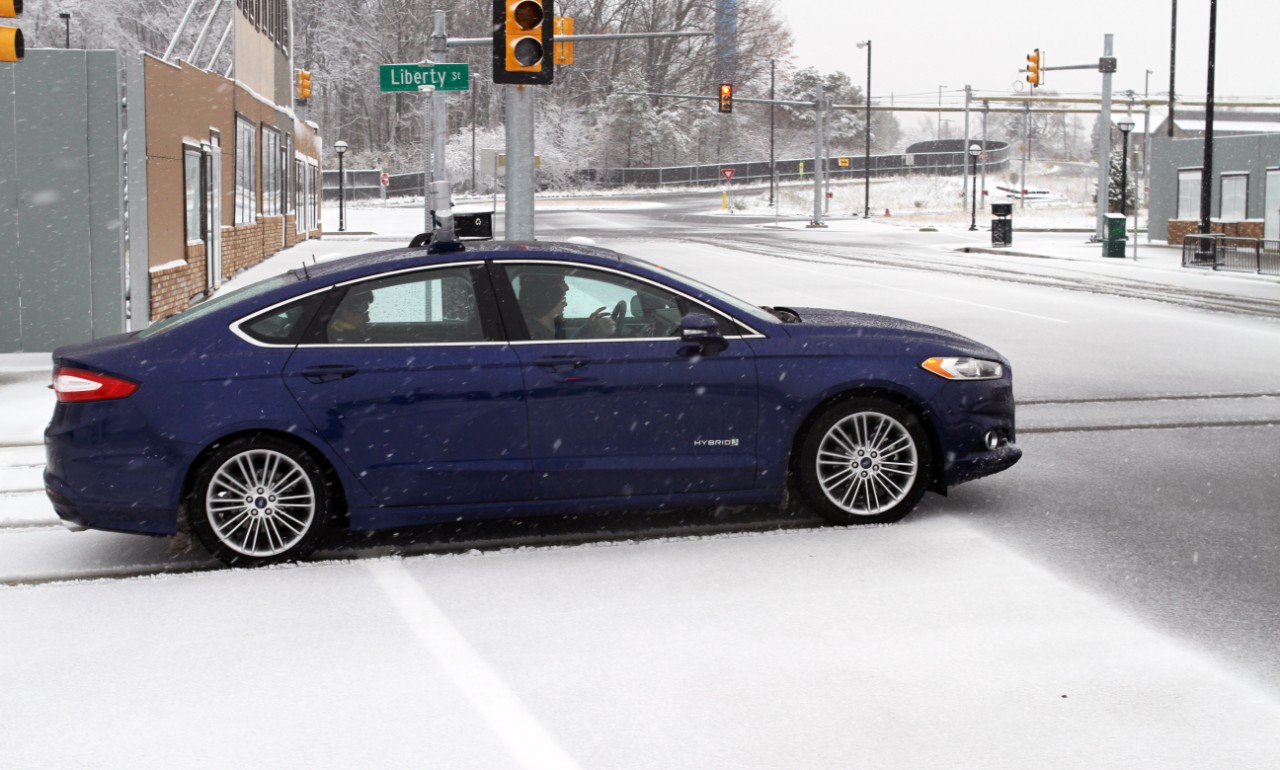 Lately, Ford kept showing off some of its technologies meant to ease the driver’s life: the pothole mitigation system, the heated windshield wipers and their advanced FordPass platform. Today, the Americans explain how do they test their self-driving technologies in winter.

The autonomous driving technology is still at the beginning, so there are many steps to take until the self-driving cars will be a part of our life. For the moment, it’s not developed enough to be unleashed on the streets, but all the carmakers intensively test it. Ford took the hard way, choosing the snow as playground. Because the snow is one of the hardest environments a car could meet in daily use. It’s slippery, therefore all the driving actions must be smoother and it’s white, making from obstacle detection avery difficult task. Ford has unveiled a set of features of its autonomous technology that allow the cars to drive themselves safely in the snow.

First, a 3D map is creating, based on the LiDAR technology. This technology uses four scanners generating 2.8 million points each second, for a highly accurate map. Then, when the route is covered with snow, the car can precisely locate itself, using the map already created. During that mapping, the sensors collect each hour a quantity of data equal with the one used by an average person’s mobile phone in 10 years: up to 600 Gb! More, the LiDAR sensors are so sensitive, that they can detect the raindrops and snowflakes. Surely, this could be a problem, as the snowflakes may be considered obstacles and the car could try to avoid them. Ford worked together with the University of Michigan to create an algorithm that eliminates the snow and rain from the sensors’ range.

The GPS technology is way too vague, its accuracy being about 9 meters. Therefore, the Ford autonomous technology relies on its own database created by its own vehicles, which allows the cars locate themselves with less than a centimeter precision. In addition to the sensors, the Ford’s autonomous technology use a set of cameras and a radar for monitoring all the surroundings. All the data is merged in a sensor fusion, meaning that if a single sensor isn’t working properly, there is still a lot of information that allow the car to drive itself. The sensors are checked by the software at certain periods of time and can defog or clean themselves.