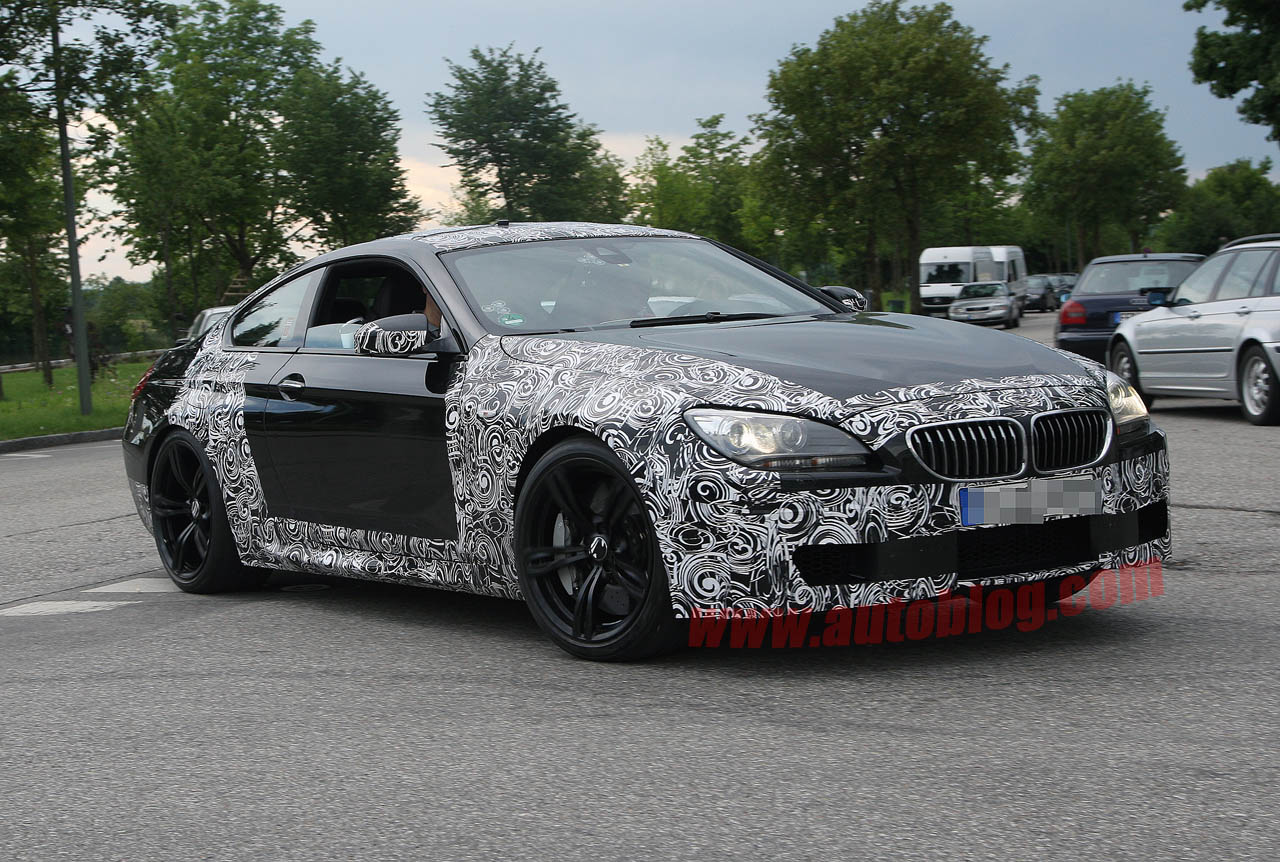 The 2011 BMW 6 Series has been with us for a few months now so it would only be natural to think that the company is hard at work on the model most of us aspire to.

The 2012 BMW 6 Series was spied with a warm-up M Sport Package trim level and eventually the main course showed us spyshots of the new M6.

This time round, as we get closer to the eventual unveiling, some of the camouflage BMW uses to hide its precious 2012 M6 starts peeling away.

In light of this revealing attitude we can now see the line of the M6’s doors almost as well as we can spot the hood, boot lid and rear fenders.

The massive air scoop in the front bumper and the enormous alloy wheels also seem to be more appropriate to the sort of thing we’re going to see on the final production models.

The 2012 BMW M6 Coupe was spied in this form and with this sort of camouflage in Germany, in what’s known as the stomping ground for Bavaria’s finest.

Details ans official specs are quite a long way away but it’s only natural to assume that the 2012 BMW M6 will be employing the same engine and gearbox setup as the 2012 F10 BMW M5.

This means the drivetrain layout will include a 4.4 liter V8 engine that develops 560 horsepower and 502 lb-ft of torque, courtesy of a twin-turbocharging kit.

Cog shifting duties should be covered by the same seven-speed M Double Clutch Transmission Drivelogic only the U.S. market’s buyers may get a special treat in the form of a six speed manual gearbox.

As a last resort of controlling the fury of the engine in the 2012 BMW M6 before it reaches the rear wheels there’s an electronically controlled multi-plate limited slip differential at the back.

Much like the BMW M6’s that came before it the latest version will be setting itself apart rather discretely thanks to quad exhaust tips, lowered side skirts and more menacing looking bumpers.

The 2011 BMW 6 Series was already big and imposing, in M mode it’s probably going to be turned all the way up to eleven in such a way that it will make other drivers jump out of the way in fear.

All of this is impressive but the truly distinctive characteristics of the 2012 BMW M6 will be seen in how the Bavarians update the chassis, suspension and traction control characteristics for this new job.