Audi reshapes the A5 Coupe for the DTM 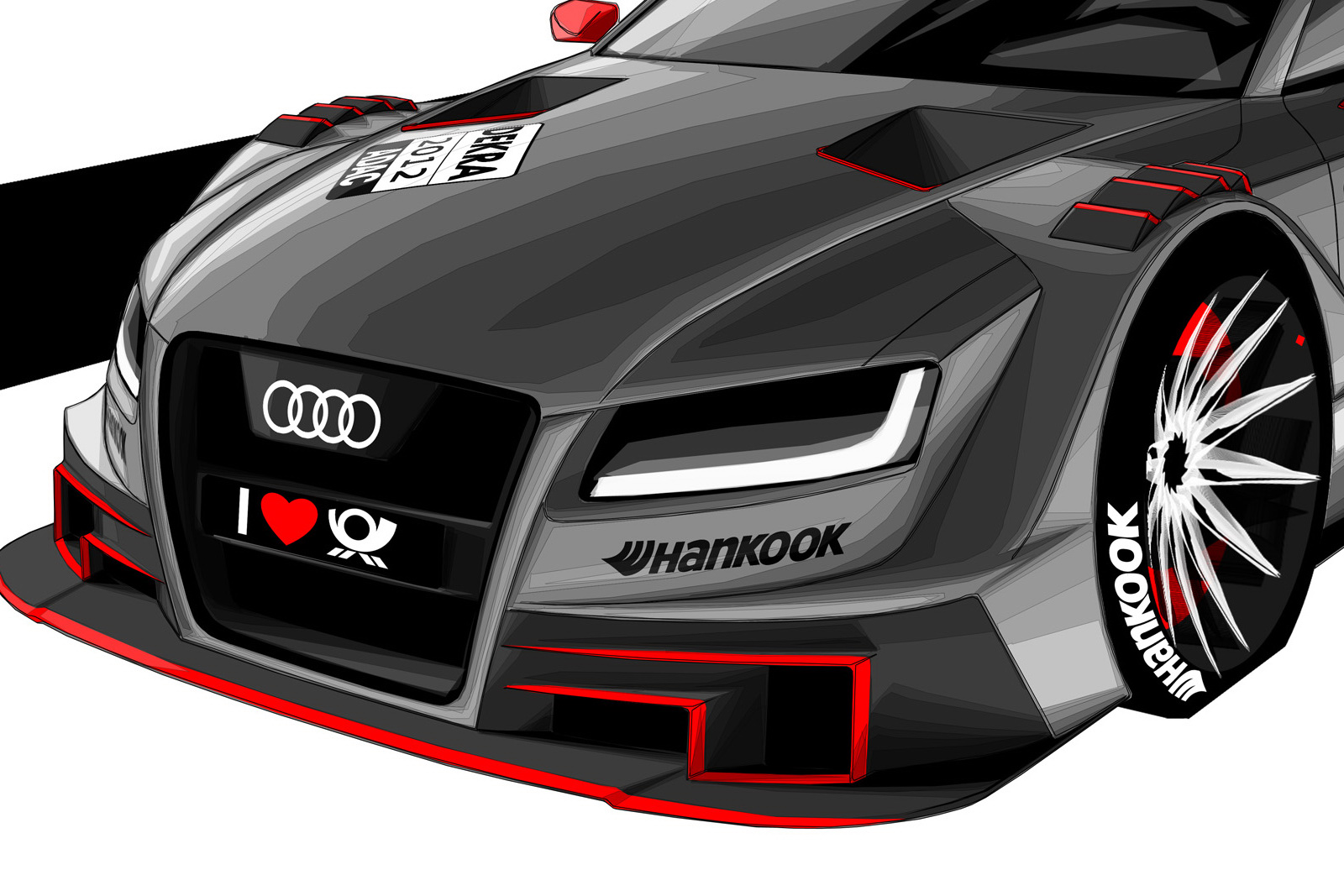 As preparations for a 2012 DTM season come to an end the Germans at Audi have just unveiled a concept that previews the A5 racer they soon plan to use.

I’m not a big fan of the looks of the Audi A5 and therefore the version that’s got a massively wide body kit, enormous rear wing and decals on it pleases me aesthetically even less.

That said, I will not deny that the 2012 Audi A5 DTM racer looks purposeful and imposing. Two things that are pretty relevant to racing.

Being purposeful is key, racing cars, even those made by luxury car makers such as Audi, don’t work properly unless everything on them has some sort of job to do which helps the vehicle go faster.

The second aspect, being imposing, isn’t critical, but it’s still important because racing implies enormous amount of pressure and stress without having something as scary as this breathing down your back.

While I can appreciate these two qualities of the looks of the 2012 A5 DTM racer, I couldn’t help notice that it looks like the previous generation of the road car. According to the Ingolstadt officials despite releasing these rendering images, the actual car will resemble the upcoming 2012 facelift of the road-going A5.

On the technical side, we’re told Audi intends to use pretty much the same engine as the stock car and the transmission will be the same six speed sequential unit they used previously by their A4 racer.

That means that power for the 2012 Audi A5 DTM comes from a naturally aspirated 4.2 liter V8 engine that employs FSI technology. It will however be tweaked to the point where the big figure it pushes out come in at about 460 horsepower.

Apart from this information though, Audi has been pretty reluctant on giving out details of the modifications they did in order to prep the A5 coupe for the full might of the DTM.

Officially we don’t know much more than how it meets the new safety standards of the Deutsche Tourenwagen Masters on safety and the very little crumb we got on the engine specs.

Safety wise it means a full steel roll cage was added to the interior of the 2012 Audi A5 racer, a high strength carbon fiber monocoque makes up the exterior of the new A5 racer and that these two things together should keep high speed side impacts from being a danger to drivers.

Audi is probably keeping their cards close to their chest on this one because they want to make a marketing / brand oriented presence about the new racer. Let’s not forget that the previous A4 based DTM racer won the Ingolstadt company four titles.