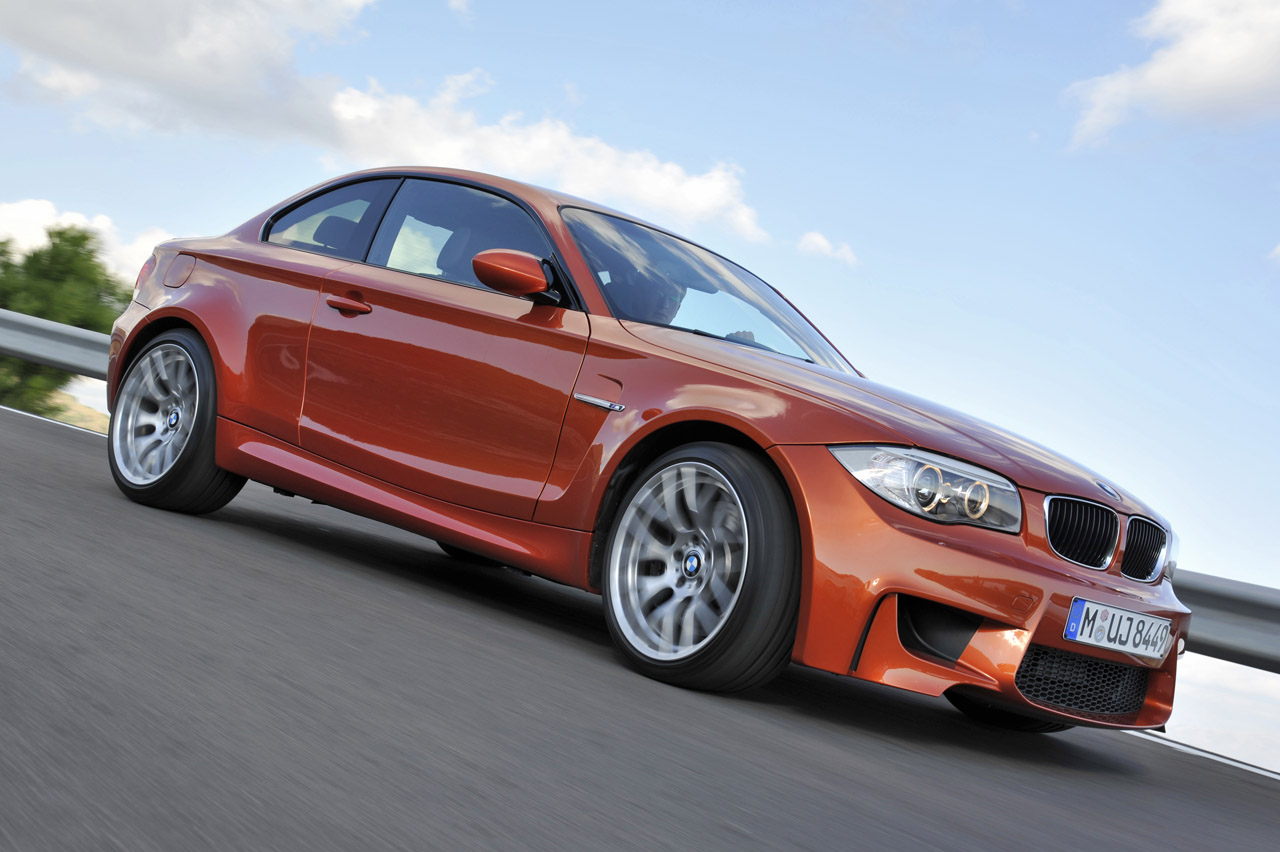 The baby M car, BMW’s 1 Series M Coupe has been launched and available for quite some time now so it’s almost unbelievable that we’ve had to wait so long to get to this point.

Sportauto had a good day out with the BMW 1 Series M Coupe and they decided that they might as well sneak a quick lap around the infamous Nurburgring Nordschleife.

The end results aren’t exactly record breaking times but nevertheless, the baby BMW M car did manage to set quite the awesome pace when faced with the “Green Hell”.

At the hand of a very capable driver the BMW 1 Series M Coupe did a fast lap of the Nurburgring in 8 minutes and 15 seconds.

Standing at this time, the extremely fast compact places itself above the fastest of competitors, namely the Audi TT RS and the Audi RS 3 Sportback and something we wouldn’t initially believe.

Clocked in at 8:15, the BMW 1 Series M Coupe has a faster time than Porsche’s Cayman S. Now while the Audi TT RS and the RS3 Sportback are faster versions of relatively normal vehicles, the Cayman S is another story.

The Porsche coupe is a vehicle designed from its prime to be a sports car and even though it has 15 horsepower less than the BMW 1 Series M Coupe it has a different mass arrangement, finer tuned chassis and a lower center of gravity.

With this in mind, we have to concede to this, BMW built a great sports car within the 1 Series M Coupe and not just a miniature performer to complete their lineup arrangement.

To add insult to Porsche and Audi’s poverty, the driver said the BMW 1 Series M Coupe could have managed an even faster time than that round the Nurburgring if it had been fitted with slightly softer suspension and better tires.

As a quick reminder, the smallest M Powered car you can get uses a 3.0 liter inline six engine that’s aided by twin turbochargers to produce a very satisfying 335 horsepower and 332 lb-ft of torque.

The great M division engine is connected to a six speed manual gearbox and when making use of the two properly the BMW 1 Series M Coupe is capable of going from 0 to 62 in just 4.7 seconds.

Acceleration isn’t a problem as it continues all the way up to the electronically limited top speed of 155 mph. Straight lines are well dealt with, the Nurburgring was well dealt with and we’re even told it can deal with fun for the driver as well.

What more could a performance enthusiast want on top of something like the BMW 1 Series M Coupe?