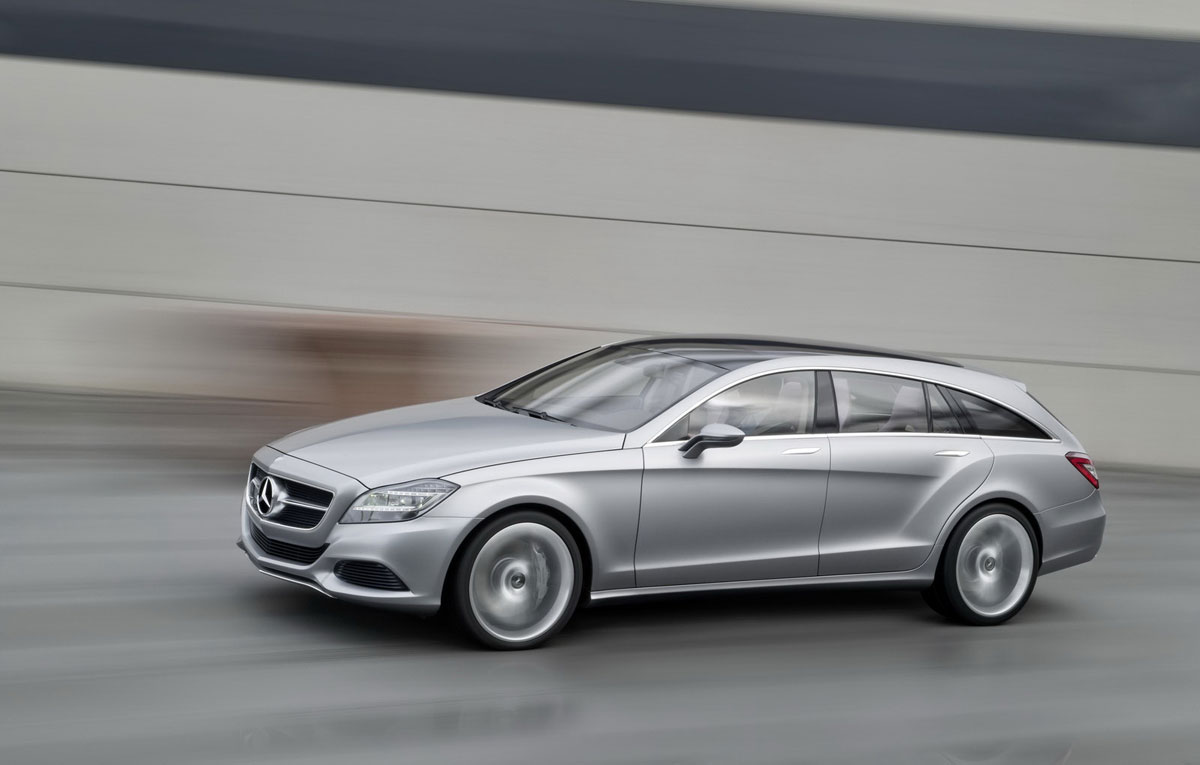 Mercedes introduced the images of a new concept, entitled Shooting Break. It prefigures a future version of the wagon version of Mercedes-Benz CLS. Germans from Mercedes-Benz presented a new concept car, this time based on CLS. Unlike the Fascination Concept, this model is much closer to the production of estate version that is based on the next generation CLS.

Moreover, this concept prefigures also the next generation of V6 engines from Mercedes-Benz, the unit in question being equipped with a 3.5 liter engine that develops 306 hp and 370 Nm. Like any other concept, the most important element in this model is the design, and Shooting Brake is no exception to the rule.

The model takes a signifiant part of the “face” of SLS and benefits of self-adaptive optical LEDs blocks. The intelligent lighting system have five functions of dissipation the light generated by the LEDs and runs on the same principles as bi-xenon lights used on current models from Mercedes.