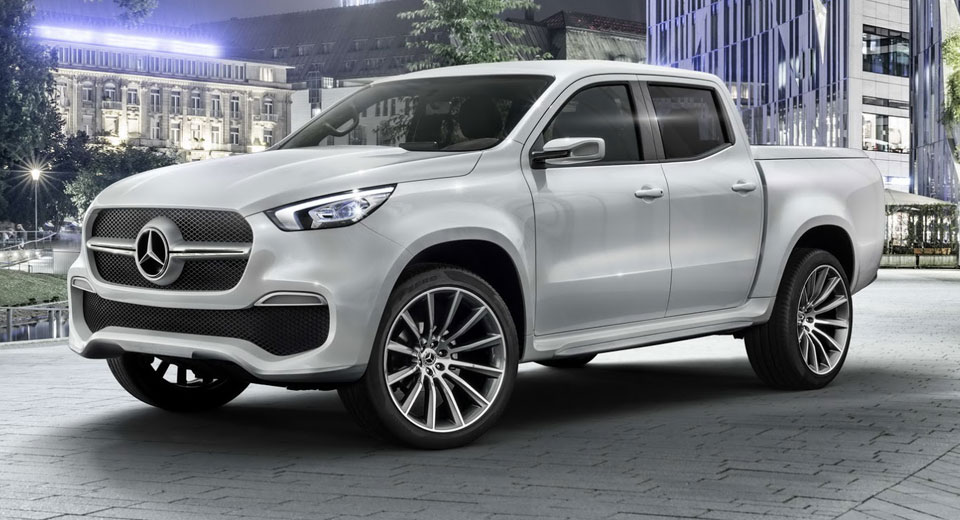 Mercedes-Benz is ready to enter the new area of powerful pickup trucks segment by launching a new model which is set to be revolutionized in every possible way, the future model being based on the X-Class Concept, unveiled about a month ago.

The production model of the Mercedes-Benz X-Class Concept has been also confirmed by representatives within the company, with Gorden Wagener, Head of Design, telling Motoring that the new production model will come with rather the same exterior elements as the concept.

We are looking here at rather the same white accents on the body, adding angular headlights, flared wheel arches as well as the wrap-around LED taillight.

Other features that will be included on the new X-Class model refer to the concept`s underbody protection, new wheels, as well as other important features that are presently equipping the X-Class Powerful Adventurer Concept.

Once receiving the green light for mass-production, the future Mercedes-Benz X-Class will first arrive in Europe somewhere next year, being shortly released on other markets worldwide, including Australia, South America and South Africa.

Please find below what Wagener told Motoring about the pickup truck`s main highlights at the exterior as well as inside the cabin:

“The overall design, proportions, this is pretty much production. We put on bigger tyres and stuff and little details like the winch and some jewellery for the show car, but pretty much it’s what you’ll get.

The interior is almost complete production. You’ve never seen a pickup with this kind of value and quality inside. We basically treat it like our passenger cars. It’s above everything in the competition, aiming to deliver ambience far above everything else out there.”