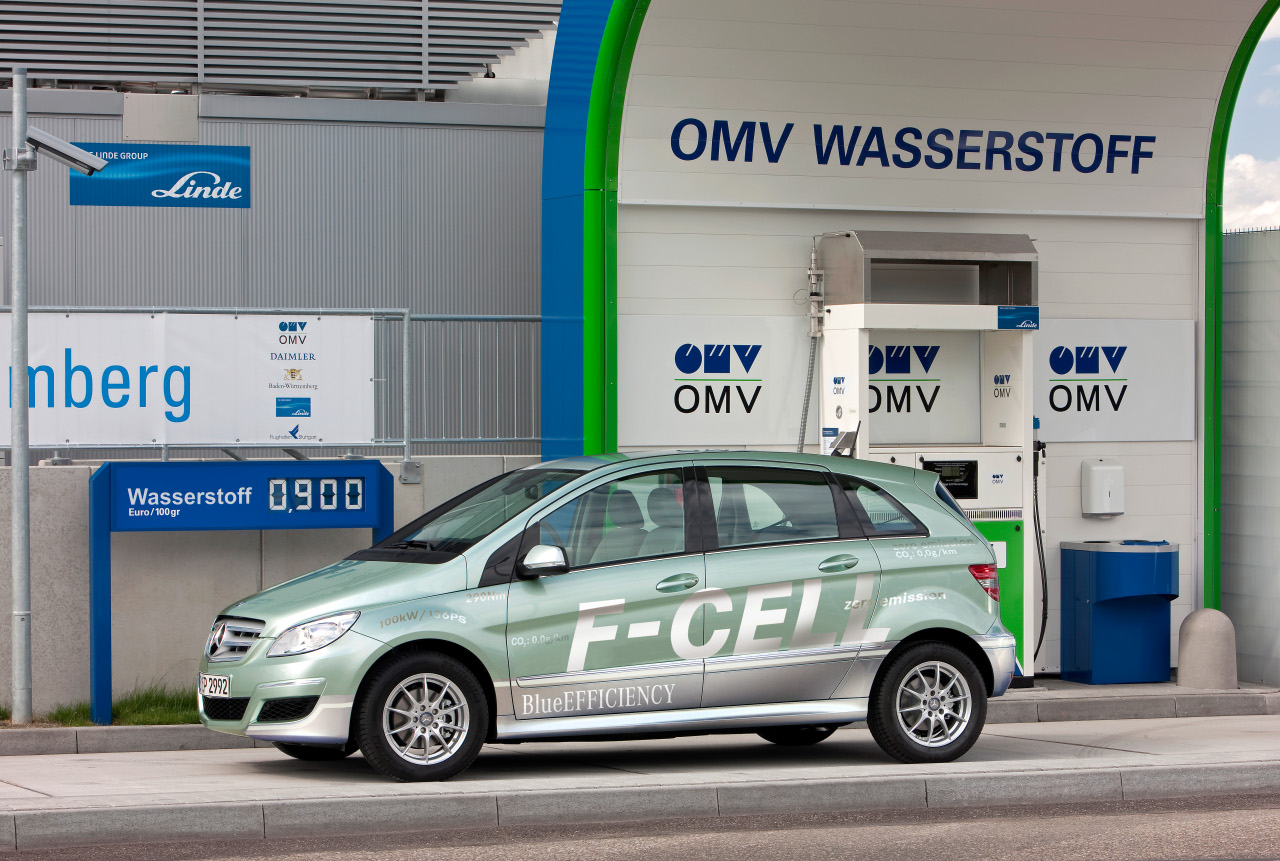 I, as a prime hater of hybrid cars, am fully aware that at the moment fuel cell technology is far to expensive to be within the grasp of your average Joe.

Mercedes (and, it has to be said, Toyota before them) reckon that fuel cell technology costs will rapidly go down in the near future and that by 2015 it will no longer be out of reach.

Mercedes estimates that the price of a fuel cell powered vehicle, will end up costing about the same as a hybrid-diesel car that meets Euro 6 emissions standards.

Toyota’s earlier estimates spoke of an actual figure of $50.000 but Mercedes are playing it safe by giving us a relative figure.

Even in this form, I’m rather skeptical. I’m a big fan of fuel cells, as I am of hydrogen powered cars but there’s a lot of work to be done with Hydrogen production, storing, distribution and even with the efficiency of the fuel cell itself.

However, seeing how at the moment, almost any manufacturer that’s got a fuel cell powered vehicle out there, with a price tag into the millions, i’d say that their becoming cheaper does seem as something to look forward to. Even if it doesn’t really happen in 2015.

Mercedes at the moment only offers it’s B Class F-Cell vehicle for leasing (at $850 a month) in certain areas of the U.S.