Mercedes W196 up for grabs 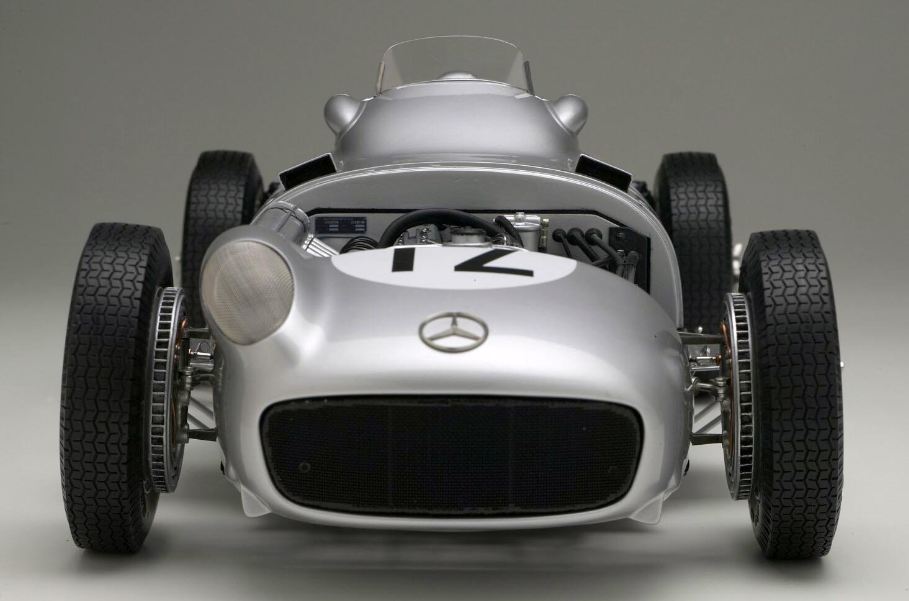 Fangio described it as being “a bit difficult to drive, with a tendency for snap oversteer”, yet it had outstanding track record.

Mercedes W196 is the car that introduced to the Formula 1 the fuel injection engine, the independent suspension and the spaceframe lightweight design for the chassis. Mercedes’ engineers also figured out how to reduce the car’s height by putting the straight 8 engine on a lay down position.


And now the german car maker decided it is time to part with it. On July the 12th 2013, the Mercedes W196 with chassis number 00006 will be put in an auction by the Bonham’s auction hose. A pre-auction estimate puts it at a staggering 40 to 50 million dollars, making it easily the most expensive car ever sold.

So if you have that kind of money and would love to own a piece of automotive history, don’t miss the auction.