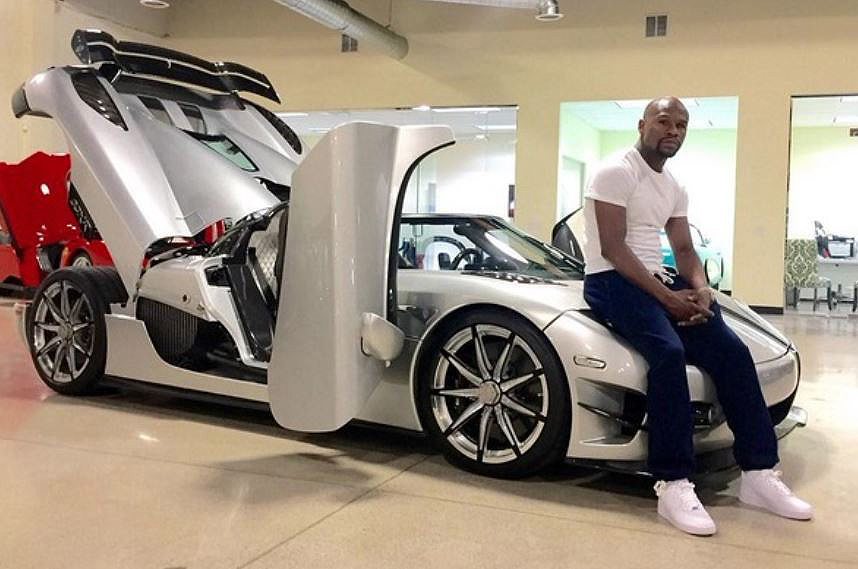 We all know that modern day athletes are paid an obscene amount of money but what we rarely get to see is how they spend it.

Some are known to invest it, some splash it on lavish holidays, some gamble it and others build crazy car collections.

Here we’re focussing on the latter as we check out the biggest and best car collections in the sporting world.

Kicking off our list of the best car collections in the sporting world is John Cena. After starting off in wrestling, Cena made one of the best trade decisions as he switched the WWE Ring for Hollywood and that move has propelled his earnings to another level. The muscular star has a thing for cars similar to him – American muscle cars.

It’s believed he has around 20 in his lockup including a bright orange 1970 Mercury Cougar Eliminator with black racing strip. His day-to-day car, however, is one year newer in the shape of a 1971 V8 AMC Hornet SC 360. It might old but with 245 bhp and lots of torque it can still pack a punch.

There was a time when Barcelona and Cameroon legendary striker Eto’o was the highest paid footballer in the world. It seems a lot of his fortune has gone on cars. For starters, he’s got a $2m Bugatti Veyron and a $1.5m sleek black Aston Martin One-77, which has a top speed of over 354kmh with a 0-100 time of just 3.5 seconds.

Remarkably, it’s neither of those that are his number one though. Oh no, that honour belongs to the white and matt black Ferrari 599 Masonry Stallone. How much Eto’o splashed out for it remain a mystery but given Ferrari only made six, yes six, you can bet it set him back a lot of cash.

LeBron James is one of the most famous NBA players of all time and he is often involved in NBA trade rumors, despite being already 36: https://edge.twinspires.com/nba/trade-rumors/

While he isn’t busy leading the Los Angeles Lakers to NBA Championship glory, he can usually be found with his impressive range of cars.

His best-known motor is the bespoke Lamborghini Aventador, which shifts 0-100 in just 3 seconds – although the paintwork won’t be for everyone!

James also boasts three Ferraris – a 599 in a metallic maroon, a 458 Spider in black and a F430 Spider in classic Ferrari red.

Jenson Button spent his entire career around fast cars. Given he was a Formula 1 driver it’s perhaps not overly surprising that he loves his cars.

The Brit’s prize possession is a Bugatti Veyron worth around $2m but with motors like the Nissan GT-R that tops out at 313kmh and a Mercedes C63 AMG that has a top speed of 290kmh it’s fair to say he has several to choose from if he wants to get back the thrill of his 2009 World Championship winning campaign.

With a nickname like ‘Money’ it’s hardly surprising that Floyd Mayweather has the disposable income to build up one of the best car collections in the sporting world. The boxer, who has an unblemished fight record from 50 fights, has an insane selection of cars in his garage.

What are they? Well, we can’t go into exhaustive detail as he has over 100 motors in his collection but five Rolls Royces, four Bugatti Veryons as well as multiple Ferrari’s and at least one Lamborghini Aventador give you a flavour. The overall collection is worth about $30m.

There you have it the best car collections in the sporting world. Did we miss any? Let us know.