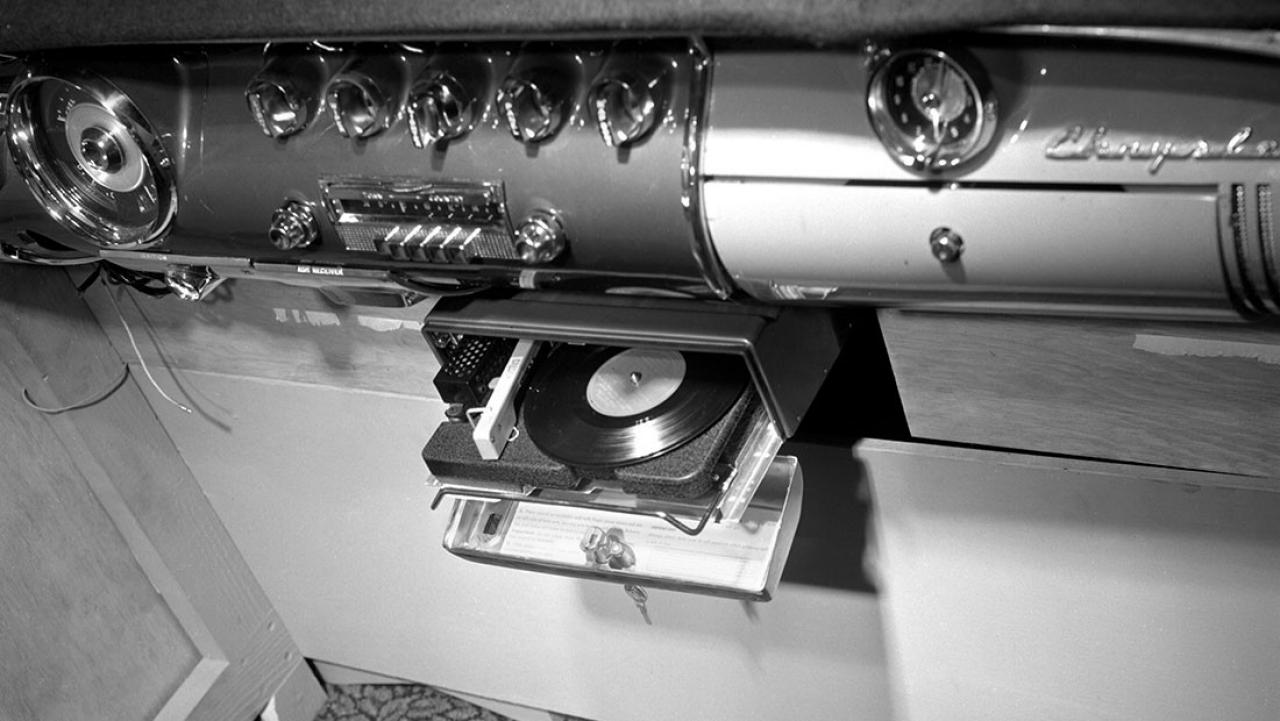 Back in the 1950s, the only way to listen to audio in your car was by flicking on your AM radio and tuning it into a local station. Needless to say, what you listened to was a bit restricted; you listed to what the DJ had on their playlist and that was that.

They say necessity is the mother of invention and the Columbia Broadcast System (CBS) put their engineering staff on the case. Soon, a solution was developed in the form of a specially-designed record player built just for automobiles. The first automobile company to take advantage of the system was Chrysler Corporation who offered the “Highway Hi-Fi” system on their 1956 models. The story behind this was related to us by a classic car guy at Fred Martin Superstore in Barberton, OH.

The players were contained in a small metal box that mounted on the bottom edge of the dashboard directly above the transmission hump. By pressing the button on the front cover of the player, the door would flip open. The turntable could then be slid out so that you could load a record. Flip the red switch on the left-hand side of the player and the record would begin to play. The amplifier circuit in the radio was used to boost the signal and provide volume, tone, and balance controls. 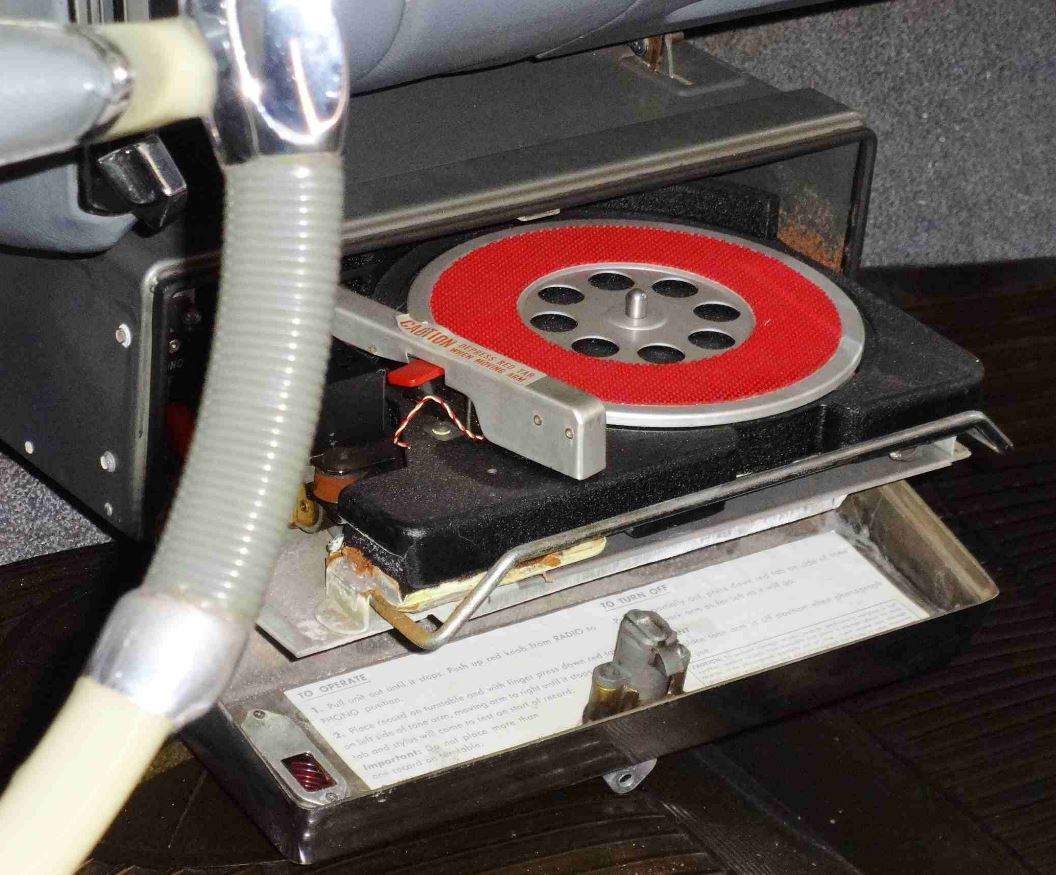 In order to make the playing time tolerable, a new 16 2/3 rpm speed was used with the records being the same size as the contemporary 45s of the time. This allowed up to 60 minutes per record side. The records were easy to load; unlike the standard phonograph the tone arm was not lifted then lowered onto the start of the record.

If you were to order one of the Highway Hi-Fis on your new Chrysler, Desoto, Dodge or Plymouth, you received with it the first 6 records in the series in a box set, along with a registration card and order form for more records. Only 36 were available when the option first came out with an additional 6 added in early 1956 for a total of 42 available to the general public.

The only other records that were made specifically for this player were not intended for distribution to the general public were dealer demonstration records. When a salesman would bring a prospective buyer out for a test drive, a records would be put in the player and the customer would be told about all the new bells and whistles by a strange voice coming from the radio speaker. The Highway Hi-Fi option was discontinued at the beginning of the 1957 model year. Apparently the system could still be ordered by dealers but it was no longer a factory-approved option.

So, why did the option die so soon? If you read between the lines on the service bulletins related to the player you can see that they had service problems. Apparently the biggest issue was that the players “skipped.” After a short time, the dealers were instructed to send customers to authorized radio repair shops instead of trying to fix the units themselves.

Chrysler corp. licked its wounds and tried again in 1960 but this time the unit was made by RCA the RCA victor. It played standard 45 rpm records. Unlike the CBS models, you could stack up to 12 records at a time in the player. This time the option lasted a full 2 years 1960 and 1961 but I am sure it suffered the same problem as the first (skipping!) The next time you had a choice like this in a Chrysler corp. car was 1968? With 8 track tapes!