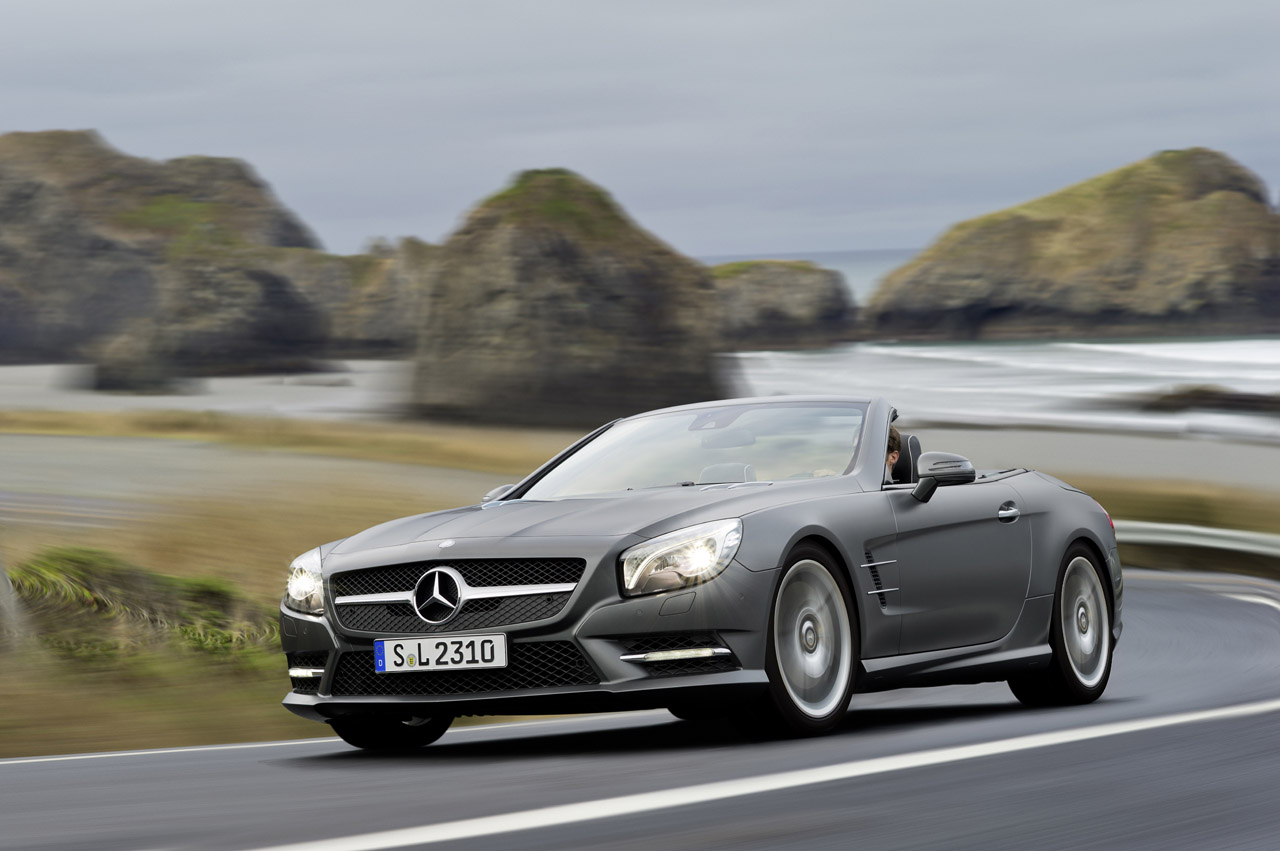 The image leak of the 2013 Mercedes SL is was nice enough but the real meat pie just came in from the German three pointed star.

Like we said before, the new look is somewhat more grown up but at the same time a little more boring and less distinctive than its predecessor.

Happily though, Mercedes’ engineers have more than compensated for the design department’s shortcomings or lawful and corporate compromises.

Thanks to losing around 300 pounds, the final weight of the 2013 Mercedes SL will be coming in at under 4.000 pounds. Most of this diet’s results came in as a result of new materials, most of which are composites.

The new roof shaves off 13 pounds and is made from magnesium. Speaking of which, it can be folded away in just 20 seconds and features the same Magic Sky Control function as the SLK.

Within the engine compartment we find a new, smaller V8 engine with forced induction via a couple of turbochargers and direct injection.

Despite the engine being smaller, unlike the weight, the performance figures are bigger. Thus the 2013 Mercedes SL is capable of hitting 60 mph in just 4.5 seconds and it can cruise at a top speed of 155.

Fuel economy is going to be improved by up to 10 percent but that’s not all down to the engine.

The lighter car has something to do with it but most of the work goes down to the seven speed automatic gearbox and the start-stop system.