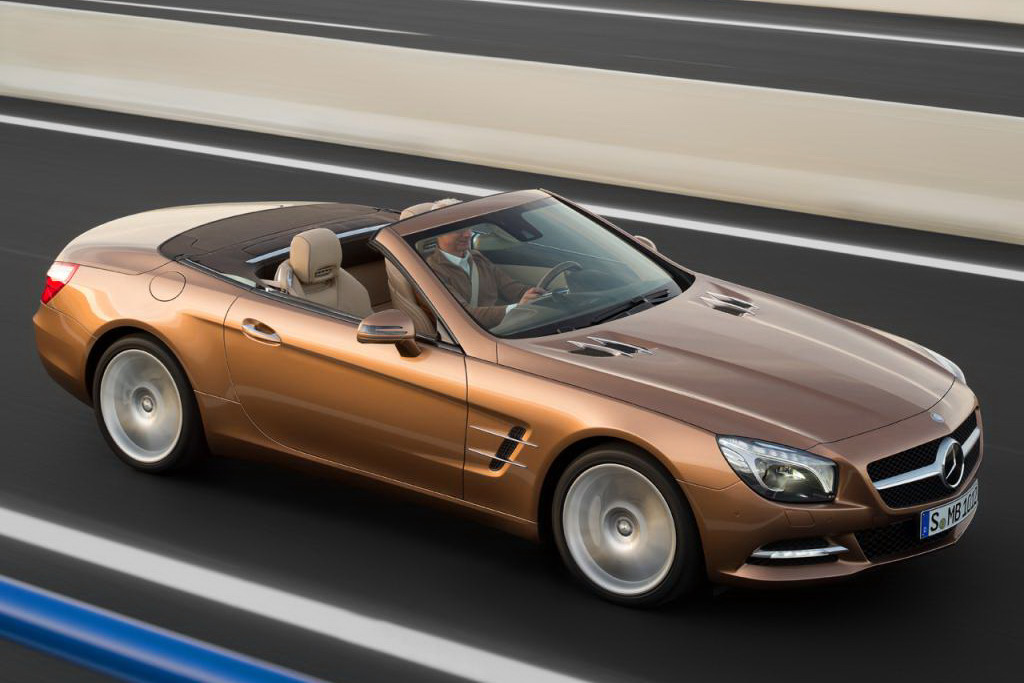 We all look at the S Class and imagine it is the flagship of Mercedes Benz, but if you really want to feel special in the presence of a three pointed star, you need to look elsewere.

Particularly, at the two door convertible version of the S Class, the Mercedes SL. It’s due for a new version release and images of this version were just leaked online.

The images are a tad too detailed for your conventional leak and some marketing scheme may have been involved but it doesn’t matter, we can’t really complain.

We also can’t complain about the looks of the 2013 Mercedes SL. That said however, we can’t really praise the new look of the big Merc.

It seems like the big coupe won’t get a distinct feeling for itself and instead share some cues with its smaller brother, the Mercedes SLK roadster.

The safety standards for pedestrian protection said their word as well as the sloped and wedge like front end is gone. Instead we find a 2013 Mercedes SL that’s almost box like.

Some of the cues make it look a bit like an overly grown up car. Perhaps a few of the 2013 Mercedes SL customers will appreciate it but it’s almost certain that not all will agree.

The new design claims to also have a newly refreshed set of underpinnings, bringing the overall weight of the 2013 Mercedes SL down by at least 300 pounds when compared to previous versions.

A lighter feeling is going to make for better driving dynamics, something the pudgy SL has rather suffered from.