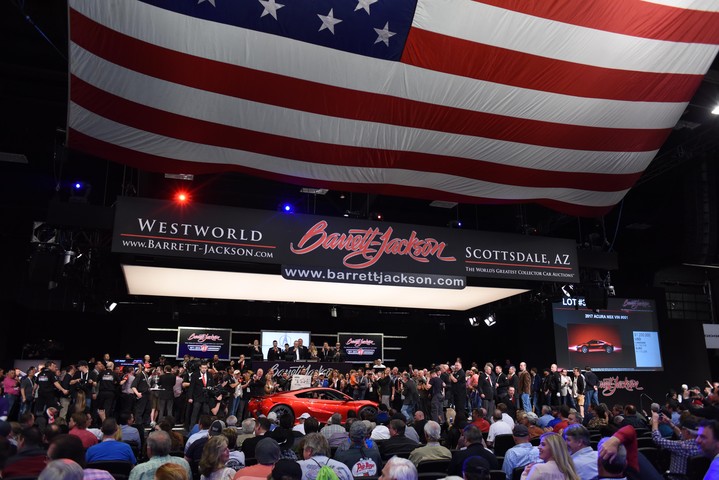 Do you like Acura NSX? Well, if you do and you want one, you have to find out that you missed the start: the first item of production had been auctioned for $1.2 million.

I know, it’s 8 times more than it’s price list, but having VIN #001 and being auctioned for charity purposes helped a lot. Barrett-Jackson organized the 45th Anniversary Scottsdale Auction, between 23rd and 31st January 2016. During the previous auctions, the company managed to collect over $84.6 million, all of them for charitable projects and foundations. Acura is donating all of the NSX’s selling price to the Pediatric Brain Tumor Foundation and Camp Southern Ground.

The winner was Rick Hendrick, owner of Hendrick Motorsports. It’s not it’s first bidder victory, as he managed to buy first 2015 Corvette Z06, the first 2014 Corvette Stingray and the first 2014 Stingray Convertible.

As you probably know, NSX’s production will start this spring, and it’s base price will be $ 157,800. The ordering period will start in 25 February. The premium sports car is animated by combination of 4 motors (three electric and a mid-mounted 3.5 liter V6 engine) which delivers over 550 HP. The power is sent to all four wheels via a 9-speed dual clutch automated transmission. The V6 powers the rear wheels, while two electric motors send their power to each front wheels. The third motor, situated on the rear axle adds torque at acceleration and regenerates brake force. The NSX sprint to 100 km/h (62 mph) in just 3 seconds.