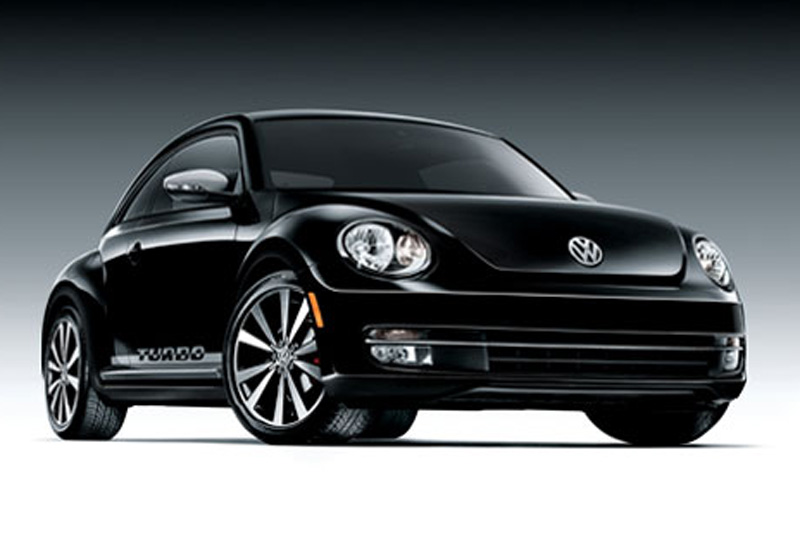 You have to hand it to Volkswagen, not only do they know how to make cars but they also know how to properly sell them.

With the 2012 Volkswagen Beetle having just been unveiled, showrooms queuing up orders for it and fans awaiting delivery already, the Germans want to do more.

Which is why they’ve just announced a special introductory limited edition of it. Called the 2012 Volkswagen Beetle Black Turbo, just 600 units are going to be made.

The point of this sales gimmick is having Volkswagen show off their latest Vehicle Pre-Order (VPO) program and draw some attention to it as it’s going to give people a chance at cutting down the wait time.

That may be the point of the Black Turbo limited edition but the actual car is actually quite a lot more interesting than all that business stuff.

All of these 600 units will be shifted towards the North American market and they will all be packing what is easily the best engine and gearbox you can have on the 2012 Volkswagen Beetle.

It’s the 2.0 liter TSI engine you can get in the hot Golf GTI which is a friendly turbocharged four cylinder engine that’s capable of developing 200 horsepower and 207 lb-ft of torque.

Making sure you get all the power available at the right time is a DSG dual clutch automatic gearbox which is also connected to the front wheels of the 2012 VW Beetle.

Speaking of the wheels, for a limited edition feel, there’s 18 inches of alloy going on at each corner which has some upgraded brakes underneath and some shiny red calipers.

Other exterior highlights do include a new rear spoiler, the obvious black paint job and even a “turbo” motif on the sides as the bigger brothers of the Porsche family may be seen with.

Inside the limited edition Black Turbo 2012 VW Beetle you’ll find something as nostalgic as it sounds, a “kaeferfach” additional glovebox, much like the one on the original bug.

If you prefer being modern and trendy, you’ll be glad to know that the new Beetle is very high tech inside. There’s Bluetooth, iPod connectivity, ambient lighting with three possible colors and an RCD 310 sound system with eight speakers all of which are available as standard.

The driver side of the 2012 Volkswagen Beetle Black Turbo has something called sport cloth seating surfaces and alloy pedals.

Pricewise the 2012 Volkswagen Beetle Black Turbo registers a listing of $24.950 on top of which you should add 770 dollars for destination charging and another 450 to make the preorder reservation.