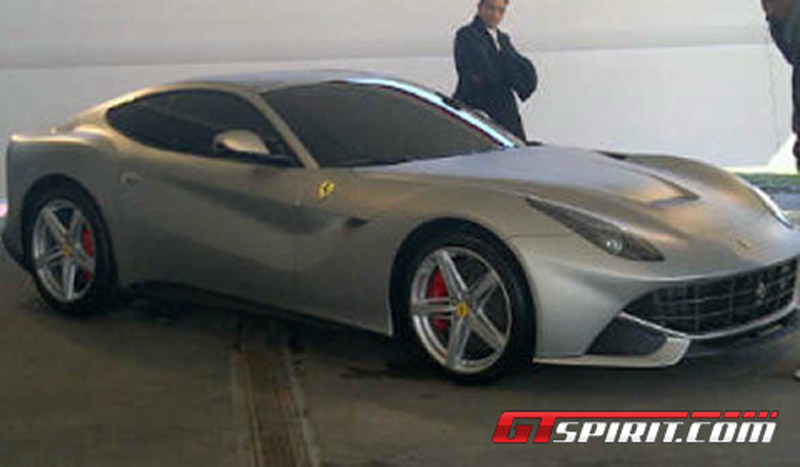 A quick, low quality snapshot and some of the technical specs. That’s all we have right now on the 2013 Ferrari F620 but it will have to do.

Thanks to one of the users of GTSpirit (which was shortly down because of all the hits) we’ve managed to find out some stuff about the 2013 Ferrari F620GT ahead of time.

The successor to the Ferrari 599 sticks to the recipe and offers up a comfy GT cabin, a V12 engine that’s mounted in front of it and some stunning figures.

Said to be lighter, shorter and lower than the car it replaces, the 2013 Ferrari F620 also packs a considerably bigger punch.

Under the long bonnet resides a 6.3 liter V12 engine which pushes out 740 horsepower and 690 pound-feet of torque and claims the title of the most powerful Ferrari ever.

We know there’s an Enzo successor on the way so that title won’t stay here for long. Anyway, as it is, the most powerful Ferrari ever can get from 0 to 60 in just 3.1 seconds.

Now that we’ve seen the leaked image and the preliminary stats, Ferrari will likely come up with a proper follow-up tomorrow or early next week.

Until then, simply thinking of the of a glorious V12 engine sound as it revs angrily all the way up to 8300 rpm. The day dream should end, but not right now please.