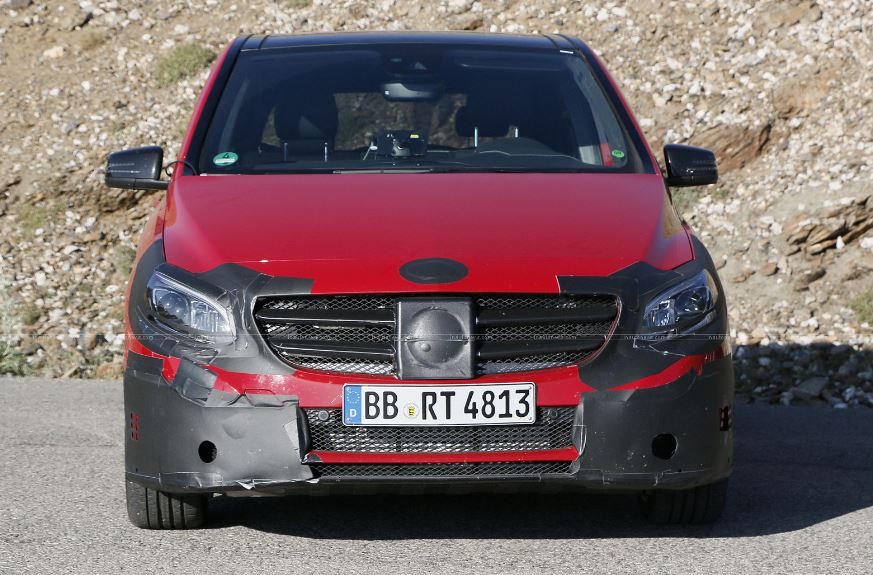 The 2015 Mercedes-Benz B-Class model was caught on shots while being perhaps under some tests on public roads.

We are talking about a test mule wearing a red finish and tweaking some light camouflage at the front fascia and at the taillights.

This is a clear indication that the 2015 B-Class will be coming with some light changes, like a revised front and rear bumper, new headlights, fresh taillights and more.

Inside, the 2015 Mercedes-Benz B-Class will also face some slight features as well, since the dashboard, the infotainment system or the steering wheel are all covered up.

Under the hood, the Mercedes-Benz B-Class facelift will also bare the same engine lineup, also seen on the company`s other models.

For the time being, the details on the powertrains are rather limited, but we should expect fresh details this October, when the model is supposed to be unveiled at the 2014 Paris Motor Show.