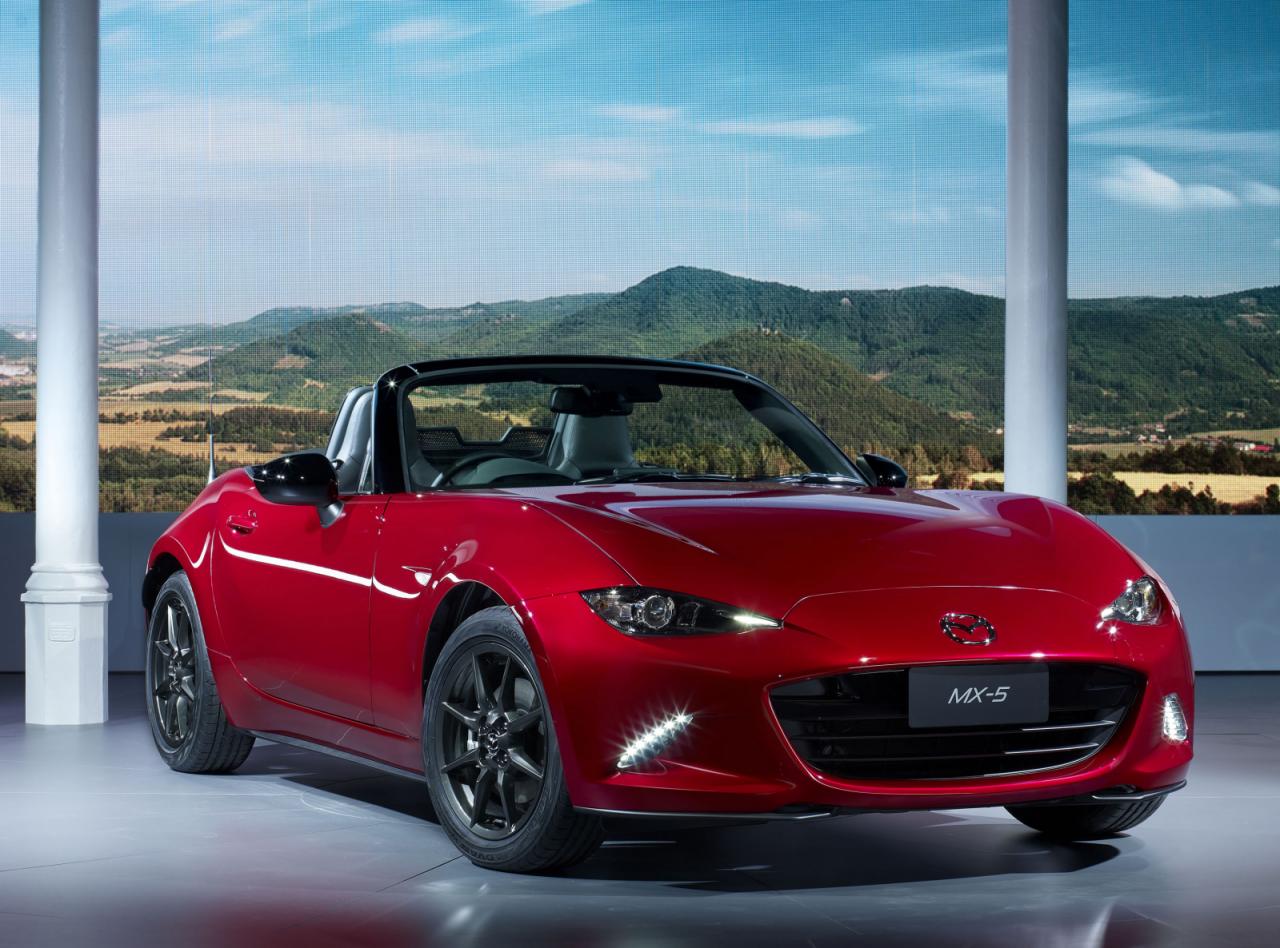 Mazda revealed the 2016 MX-5 Miata, a car which comes to celebrate the 25th anniversary. At the exterior, buyers will get some minor styling changes, the Japanese carmaker following the KODO design language.

Power is offered by two petrol engines using the new SKYACTIVE technology. We talk about a 1.5-liter engine delivering around 140 horses but also a more powerful 2.0-liter capable to deliver near 200 horsepower.

Other improvements for the new MX-5 Miata include a revised architecture making possible a weight reduction of about 100 kilograms.

“Over its 25-year history, the Mazda MX-5 has brought drivers and cars closer together in its a never-ending quest to deliver a faithful response and an enjoyable driving experience,” adds the Japanese company.

Mazda also lets us know that they managed to obtain a perfect weight balance, the coveted 50:50 ratio. The new Mazda MX-5 Miata is expected to go on sale next year, therefore, more details are expected in the coming months.