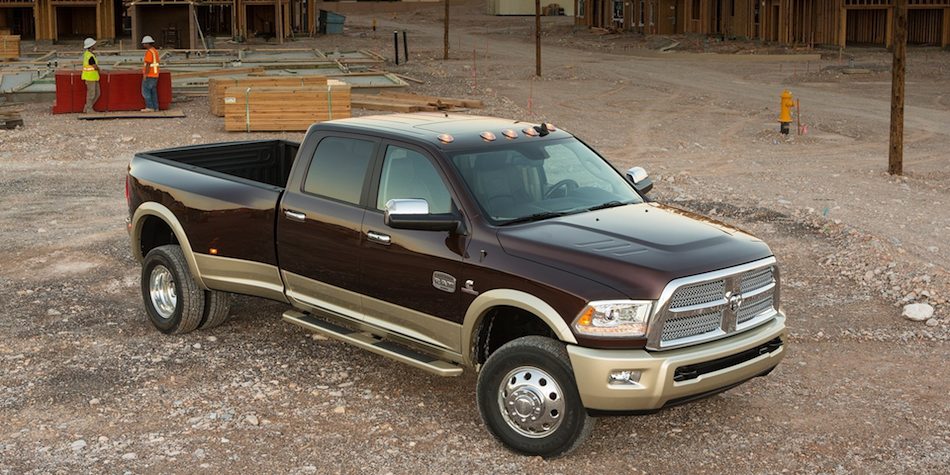 You have to love Americans and their thoughts on cars. So what if the Paris Motor Show is on, it’s a miniature event in Europe.

Meanwhile back in the States at the Texas State Fair Dodge released two new pickups. Both of them are considerably larger than the trucks that supplied the Paris event.

You really have to be missing something in your pants if you’re to drive one of these trucks as a personal runabout.

In terms of engines, either the Dodge Ram 2500 and Ram 3500 come with some massive engines. You can chose between a 5.7 liter HEMI V8 or a 6.7liter Cummins turbodiesel inline-six.

The petrol driven powerplant pushes out 383 horsepower and 400 lb-ft of torque whereas the Cummins ranges between 350 and 385 horses.

Torque however is on another planet as that goes from 660 lb-ft to 850 lb-ft. That’s the stuff that doesn’t kill itself with acceleration but with pulling power.

Weight lugging is also why the 2013 Dodge Ram 2500 and 3500 HD get a new chassis. It’s a high-strength steel frame that has hydroformed main rails and cross-member count goes to 8.

This is one set of sturdily built pickups, not like those flimsy European toys the guys in Paris keep calling cars.

Irony aside, the new Ram pickups feature a fair amount of options to consider and they will enter production later this year.

Before that happens, we’re likely to get a price quote on it.