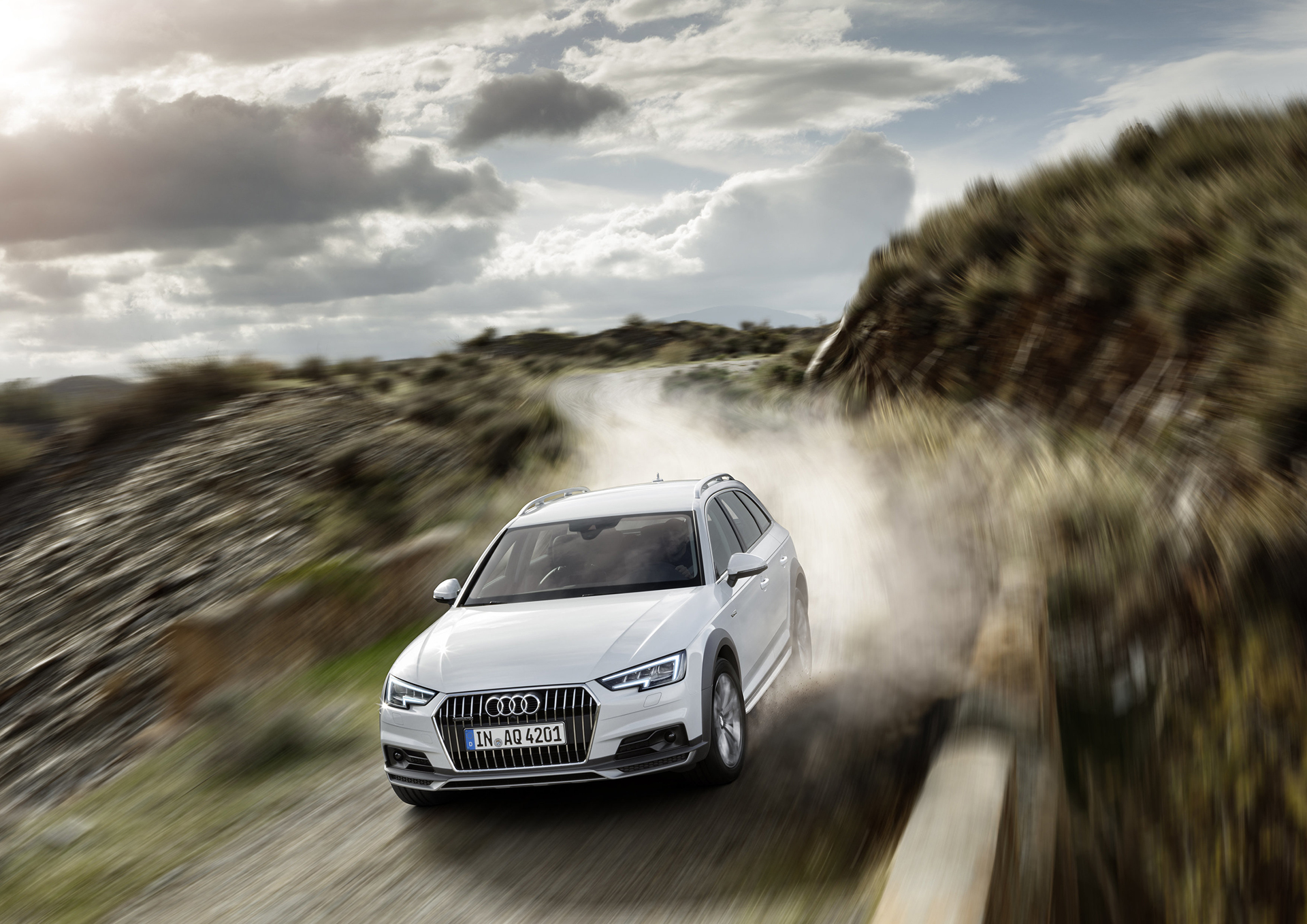 Ready, set, go: Audi A4 allroad can be ordered at a starting price of 49.750 euros. Soon, it will be available with the new Audi Ultra Quattro system, promising high grip and low fuel consumption.

Visually, it is different than the simple estate version, the A4 Avant, being enhanced with a silver coated front lips and lateral aprons, black protection for the prominent wheel arches, and silvery rear diffuser. The ground clearance raised with 34 mm and the rugged underbody protection enhances the model’s off-road capabilities. All these are supported by the powerful engine range. For the moment, the only version that can be ordered is the 3 liter TDI, developing either 218 hp, either 272 hp. Later this summer, the 2 liter versions, TDI and TFSI will hit the showrooms.

Once the TFSI engine will be available, it will be offered in combination with the Ultra Quattro system. The system combines the fuel consumption advantage of the front-wheel drive with the grip of an all-wheel drive system, thanks to an electronically-controlled unit. It works by sending all the power to the front axle in normal driving conditions. Then, when the sensors anticipate changes in grip conditions, caused by the aggressive or snow/ice surfaces, the central unit distributes the power to all the wheels within 500 milliseconds.
The prices for the only available engine are 49.750 euros for the 218 hp version and 54.400 euros for the more powerful 272 hp variant. Later, the 2.0 TDI engine will cost 44.750 euros. The prices for the gasoline turbocharged engine haven’t been announced yet.