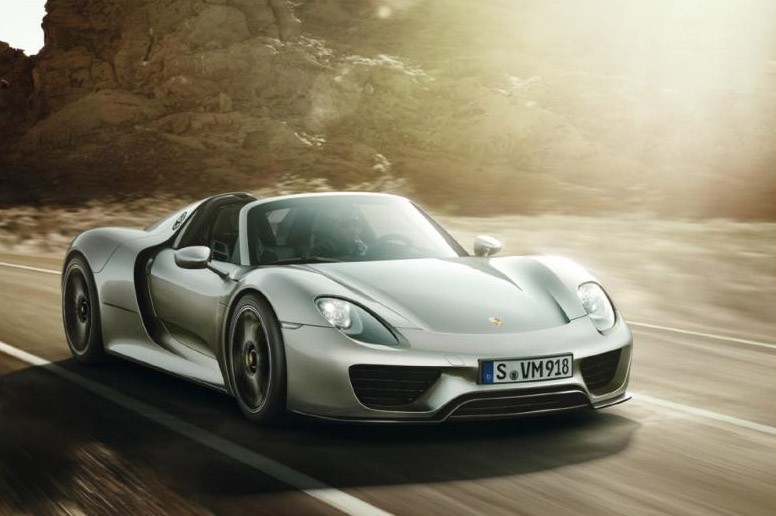 It’s not ready to be fully confirmed but there’s a brochure out of the new Porsche 918 and it contains quite a few bits of leaked information.

The usual stuff is there, a lot of nonsense dreamed up by the marketing folk, there’s quite a lot of images as well and then there’s the worst part of the deal, the pricing.

We already knew the Porsche 918 was going to be a very expensive creation but you just couldn’t believe the amount of 0s they’ve stuck in those numbers.

The price tag seems to have leveled out at a place we’ve been familiar with. The infamous 845.000 USD still stands. The options list is truly dreadful.

A very likely choice, the Martini livery, is available as a wrap but its price is unlisted. What is listed is the price for Liquid Metal Grey or Liquid Metal Blue finishes.

Tick either of these on the order form and you’ll have to shell out an extra 65.000 USD. That’s complete madness as it is a lot more than some people pay for a new sports car.

God only knows what Porsche plans to charge for the unlisted stuff. By the way, that list has a few pretty interesting things on it.

The Weissach Package comes to mind. This is the most hardcore setup 918 you can get as it removes just about all interior luxuries to drop 77 pounds.

There’s also the Salzburg Racing exterior to consider with this setup and the fact that the car can allegedly go round the Nurburgring in as little as 7:14.

At least the speed should be as scary as the price tag.