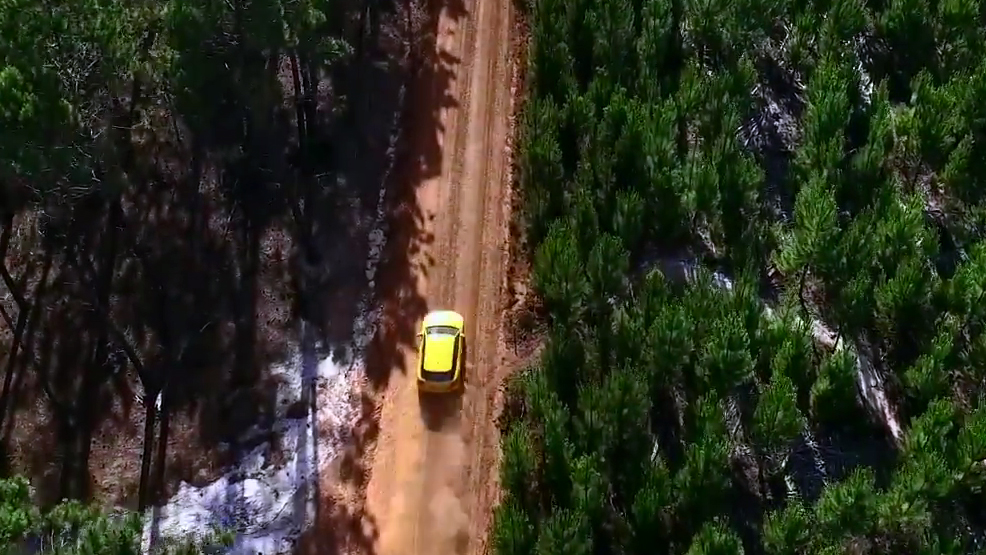 Audi plays with its fans: with just over two weeks before the Geneva Motor Show, they release a teaser with what seems to be the new Q2.

It will make its debut at Geneva, but nobody knows exactly how will it look like. There were a few photographs with the spied mule, but nothing to reveal some secrets. Audi made a good job keeping it safe. However, today they posted on the internet a short film with their entry-level crossover. It is painted in Vegas yellow and it’s driven at full speed on a forest road. However, there’s still not much to see. We can only suspect it will be built on the A3 and Golf 7’s MQB platform, and will receive a standard front wheel drive. It will also be fitted with a Quattro system, as the one in the teaser.

It features a five doors body, with black B and C-pillars, which leave the impression of a roof supported only by the A-pillars. The engine range will probably be a mix between those found in the A1 model and more powerful engines from A3, most probably combined with Quattro versions. So, there could be a 1.0 l TFSI paired with a front wheel drive, a 1.4 and possibly 1.8 TFSI engines mated with both front and AWD system and a 2.0 TFSI Quattro for the top of the range. Diesel engines wil probably include a 1.6 and a 2.0 TDI engine, with the big one available in Quattro configuration. The gearbox range will consist of a 6 speed manual and a 7 speed S-Tronic, typical for Audi. I also expect, possibly during the next year, an S or RS model, based on the 2.0 l TFSI.