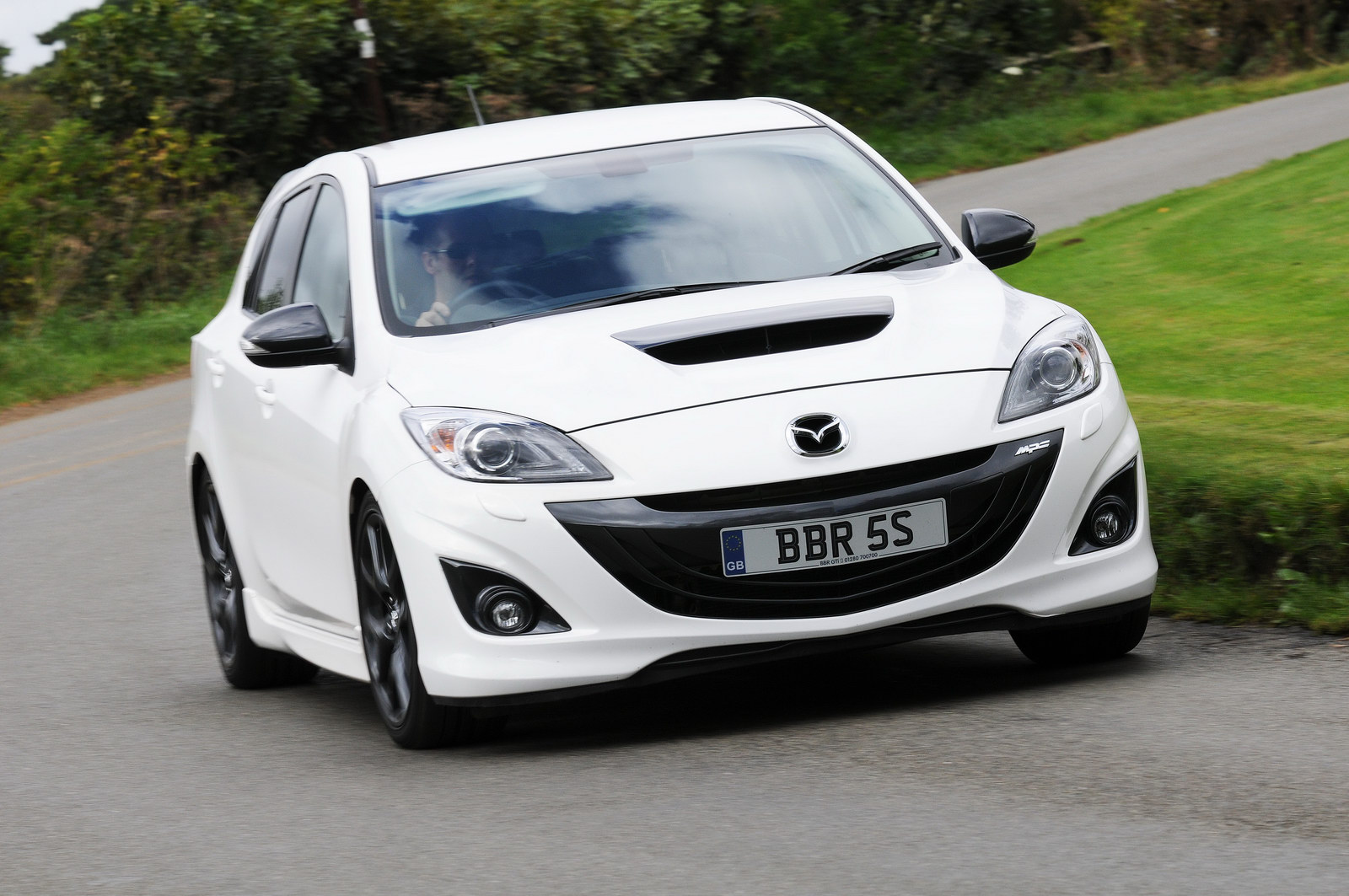 Since Mazda isn’t exactly a company that at present times is killing everything else out there or amazing us with their performance models, it’s not surprising to see one of their cars as a tuning proposition.

The British tuning firm called BBR decided to do so, they’ve taken the hottest model they have, the Mazdaspeed 3 MPS version and gave it Clarkson’s favorite, POWERRRR!

The 2.3 liter turbocharged four cylinder engine under the bonnet of the hot hatch gets four tuning levels all of which offer more than standard power.

To begin with, BBR offers up a mild boost up to 290 horsepower and 330 lb-ft of torque, a package they call the Stage I and which consists of just an ECU remap.

The Stage II adds a custom exhaust system, new pipes and hoses on top of the previous kit and, as a result, serves up 318 horsepower and 370 lb-ft torque.

Going once higher once more, the BBR Mazdaspeed 3 MPS can end up developing 350 horsepower thanks to a front mounted intercooler and a new BBR turbocharger.

Switching the turbocharger to a Garret hybrid GT28 one and combining components from the previous kits, the BBR Mazdaspeed 3 can end up pushing out 400 horsepower.

These figures are rather concerning in a front wheel drive car and even though there’s a performance suspension kit included, it will most likely be quite the handful product BBR offers up.

To make things even worse, the BBR Mazdaspeed tuning kits can be fitted to the company’s 6 MPS sedan model.