BMW i8 spied out in winter testing 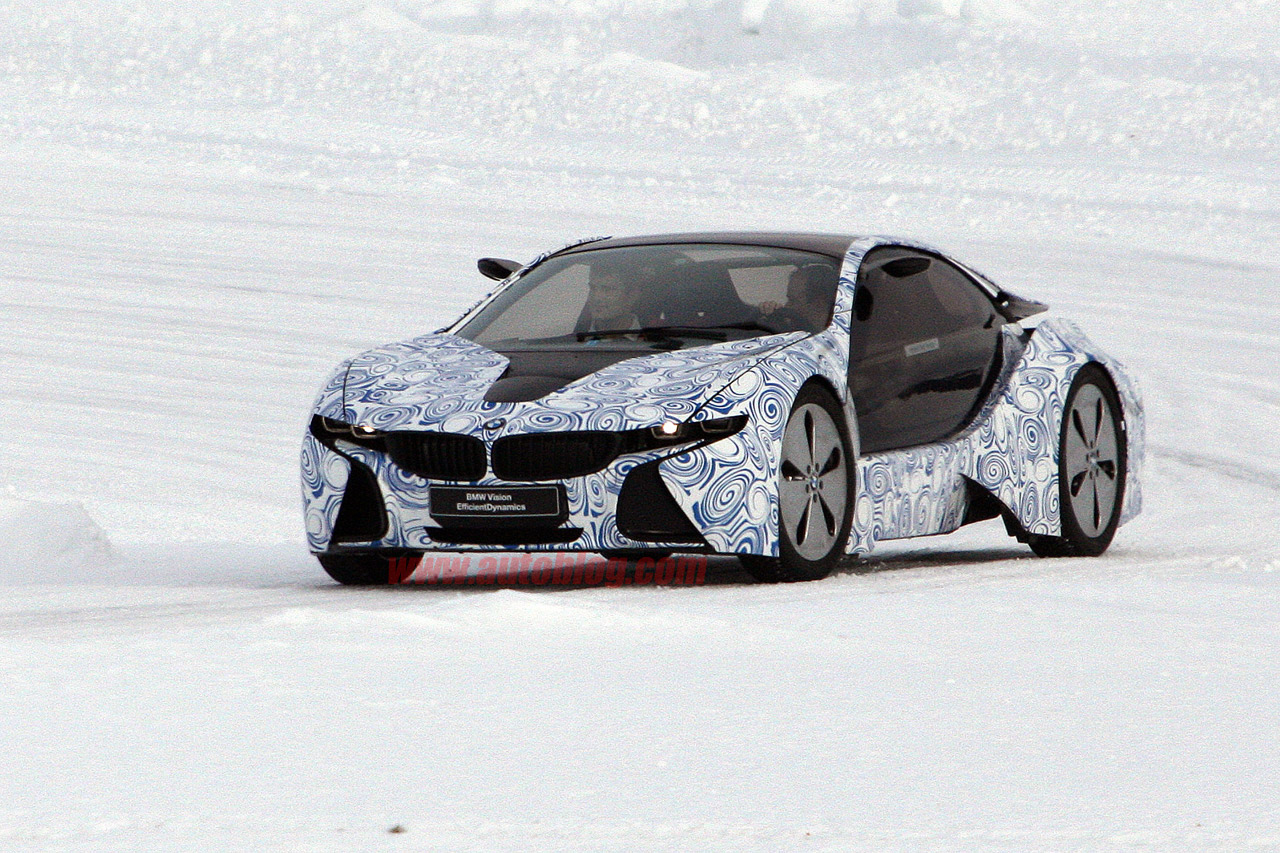 The Bavarians at BMW are certainly not going to be giving the i sub-brand a chance to rest, at least not for the i8.

We’re at liberty to say this because BMW’s i8 was just spotted out in a car freak’s favorite winter wonderland.

We already know what >plans BMW has for the i3 but the i8 was simply the Vision EfficientDynamics for a long while now.

Even though it’s going on for a while, the figures don’t seem to be faded at all in both performance or economy. And if they really come to happen with the BMW i8 this could end up being quite the vehicle.

Since the testing of the BMW i8 has now gotten to the arctic circle this could mean that there’s a good chance of it becoming a production model soon.

I guess this is the sort of thing is what promises the best of all worlds. Even though that’s what the BMW i8 promises, it really wouldn’t be a car for everybody.

The price of an eventual BMW i8 production car is estimated to come in around $200.000 a pop.